Accessibility links
Vatican Establishes Tribunal To Investigate Bishops In Abuse Cases : The Two-Way Pope Francis sets up a tribunal to hear cases against senior clergy accused of not protecting children who were abused by priests. A victims' group says the Vatican isn't going far enough. 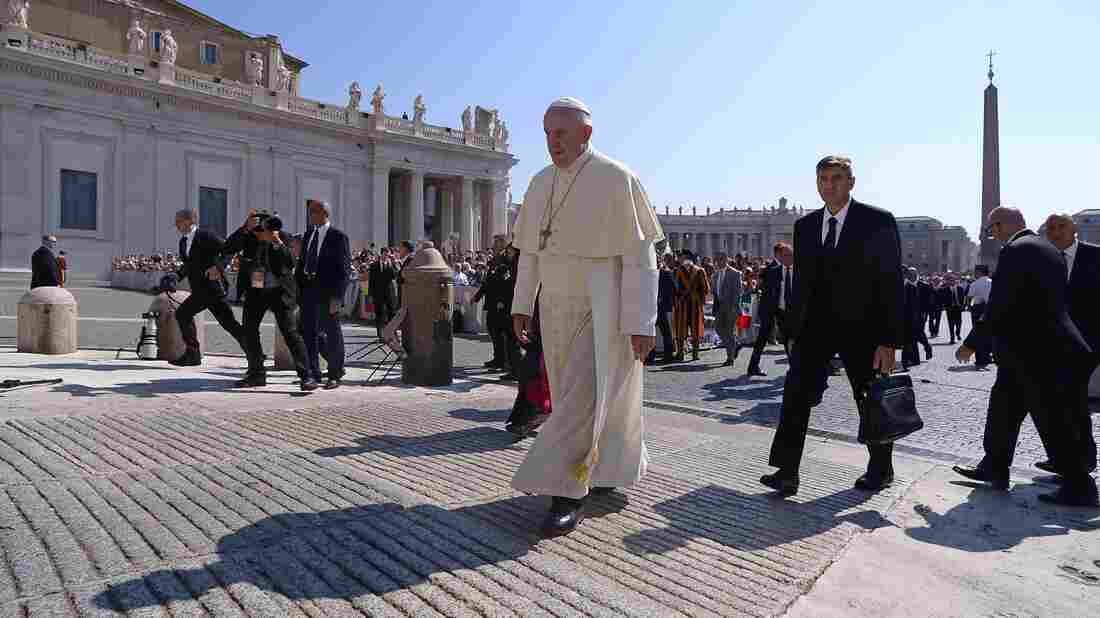 Pope Francis approved a plan Wednesday to set up a tribunal to review charges of negligence against bishops who are accused of covering up cases of sexual abuse by priests. Filippo Monteforte/AFP/Getty Images hide caption 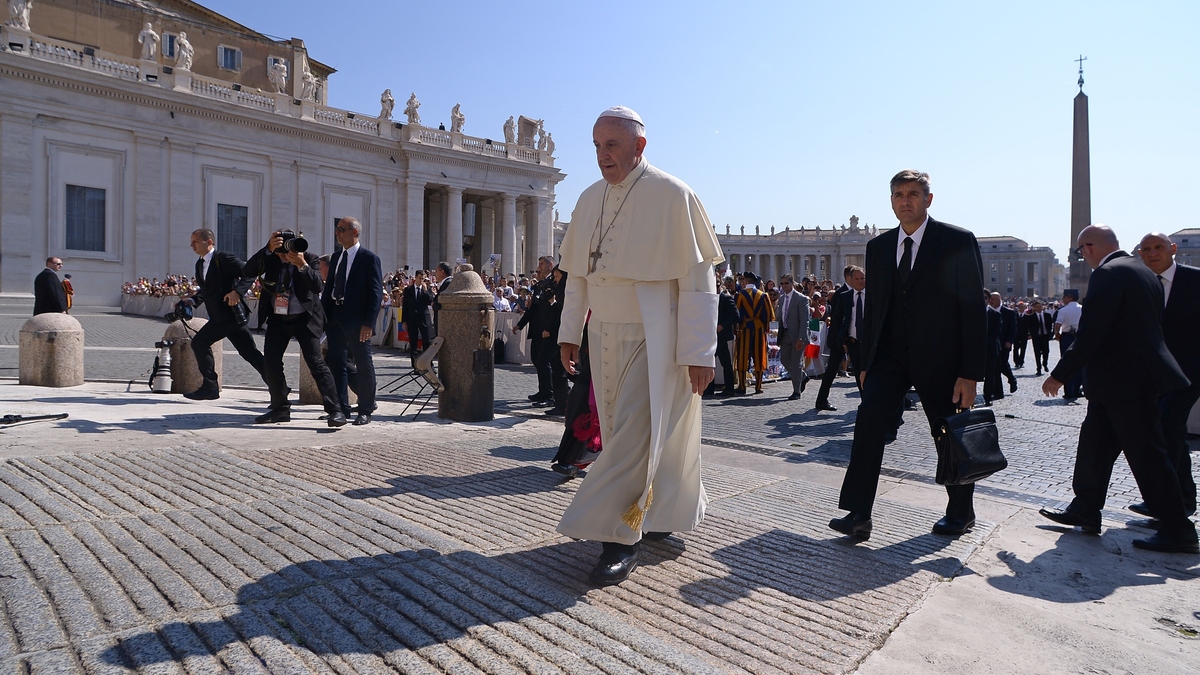 Pope Francis approved a plan Wednesday to set up a tribunal to review charges of negligence against bishops who are accused of covering up cases of sexual abuse by priests.

Taking a new step toward holding bishops accountable for not protecting children who were sexually abused by priests, Pope Francis has set up a tribunal that will hear cases against senior clergy. But a victims' group says the Vatican isn't going far enough.

The move establishes "a new Judicial Section in the Congregation for the Doctrine of the Faith," the Vatican says, to investigate allegations of negligence of duty. The Holy See also set a five-year period for the program to be developed and evaluated.

"Decades of clerical sex abuse first emerged in Boston in 2002 and triggered a wave of revelations of scandals in the Catholic Church across the world.

"In case after case, known abusers were quietly moved by their superiors from parish to parish, instead of being handed over to the authorities.

"A Vatican statement said that Pope Francis had approved proposals made to him by the commission advising him on how to root out abuse of children by priests.

"The decision includes the creation of an unprecedented department that will judge bishops accused of covering up sexual abuse of minors or of failing to protect children from pedophile priests.

"In April, Francis accepted the resignation of a U.S. bishop who had been convicted of failing to report a suspected child abuser."

The actions by Pope Francis follow recommendations of the church's advisory commission for protecting children from sexual abuse.

News of the tribunal's creation got a lukewarm response from the Survivors Network of those Abused by Priests — or SNAP — which questioned whether the panel will make a lasting difference.

"Throughout this decades-long crisis, church panels, procedures, protocols and promises have been plentiful. They've also been irrelevant. As long as clerics are in charge of dealing with other clerics who commit and conceal child sex crimes, little will change.

"Church officials should join us in reforming secular abuse laws so that clerics who hurt kids and hide predators will be criminally charged. If that happens, we'll be encouraged."