Accessibility links
After Nearly 30 Years, Librarian Of Congress Is Calling It Quits : The Two-Way James Billington helped usher the world's largest library into the digital age. The Library of Congress says he will step down on Jan. 1, 2016. 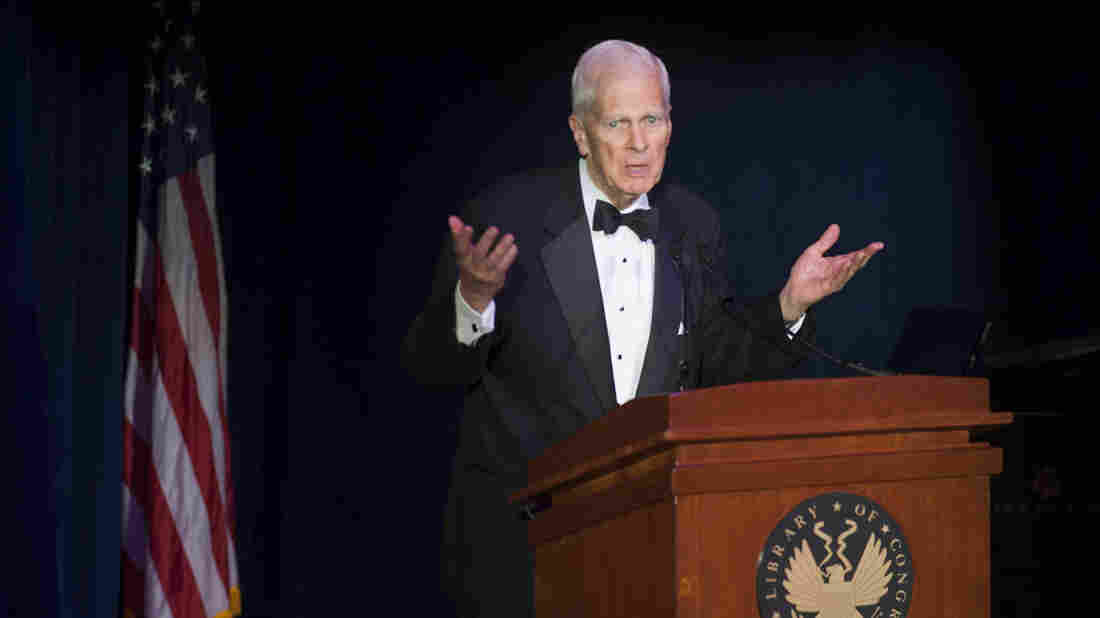 The Librarian of Congress, James Billington, speaks at an event last year at the Library of Congress in Washington, D.C. Kevin Wolf/AP hide caption 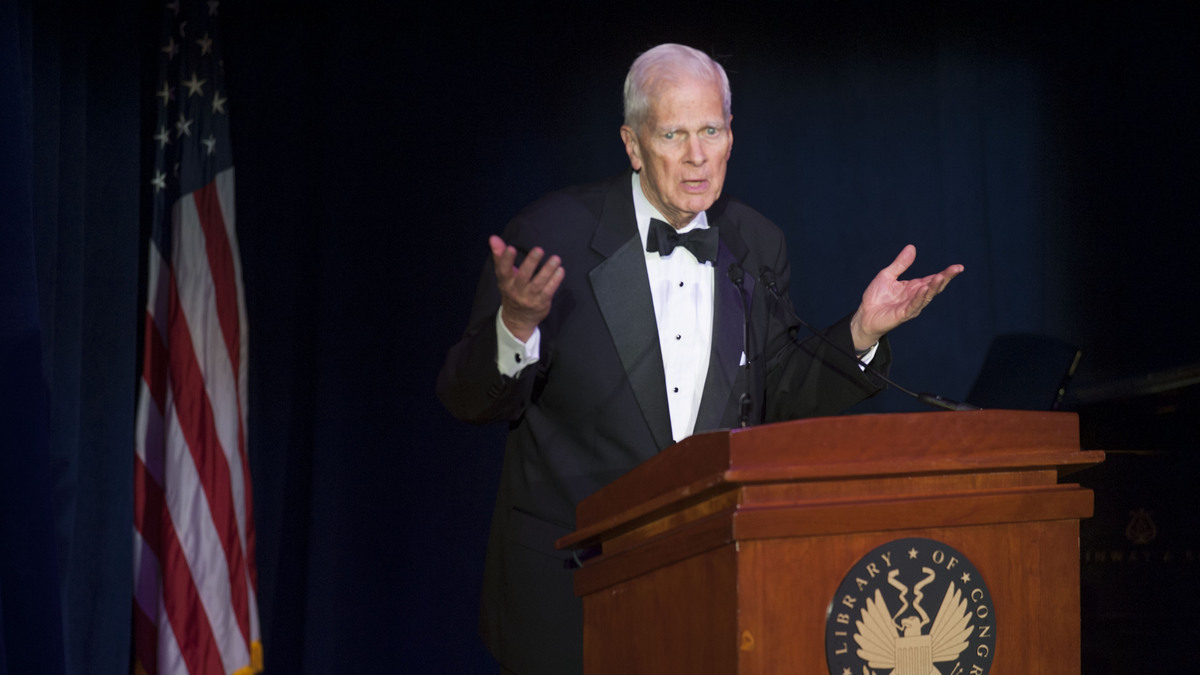 The Librarian of Congress, James Billington, speaks at an event last year at the Library of Congress in Washington, D.C.

The head of the world's largest library has reached the end of the story.

In a statement, Billington says, "Leading this great institution ... for nearly three decades has been the honor and joy of my 42 years of public service in Washington." The statement adds:

" 'Over the years I have been asked if I have been thinking about retiring; and the answer has always been "not really," because this Library has always been not just my job, but my life,' Billington said. 'However, I have never had more faith in the leadership and staff of the Library of Congress. The Library's new, top management team is as deeply experienced, and creatively collegial, as any I have ever known, and I am confident that they will continue to innovate, adapt and improve on the work we have undertaken during my time as Librarian of Congress.' "

Billington is a Russia scholar and the author of several books on Russian and European history. During his tenure at the Library of Congress, he has overseen the institution's transformation into the digital age (though it still collects plenty of books, photographs, recordings and other "legacy media.")

"The Library of Congress is the nation's oldest cultural institution, and the largest library in the world. Its mission is broad, everything from providing research to members of Congress, to administering copyright laws, to maintaining a collection of some 160 million items. It has put a quarter of those items online. Critics say the library needs to move more aggressively to adjust to the digital age."

And there were some who felt that Billington had perhaps stayed on the job too long. As The Washington Post reported:

" 'There's nobody running the ship,' said retired inspector general Karl Schornagel, who worked with Billington for almost 13 years until retiring in 2014. 'There's a lot of individual parties doing their own thing.'

"In an interview Monday, Billington bristled at the suggestion that the library's technological problems have harmed its reputation as a global leader. 'We're still taking the lead,' he said, 'Everybody else didn't take the lead.' "

The library is celebrating the 200th anniversary of its purchase of Thomas Jefferson's personal library. That collection was used to replace what the British burned and pillaged in 1814, when it was housed in the Capitol.

President Obama will have the opportunity to nominate Billington's replacement, which is subject to Senate confirmation.

In an earlier audio version of this story, we incorrectly referred to Indiana University as the University of Indiana.