Accessibility links
EU Launches Antitrust Probe Of Amazon's E-Book Business : The Two-Way The European Union's executive arm announced Thursday that it will investigate the e-tailing giant's contracts with publishers. At issue are a few key clauses that might give Amazon an unfair edge. 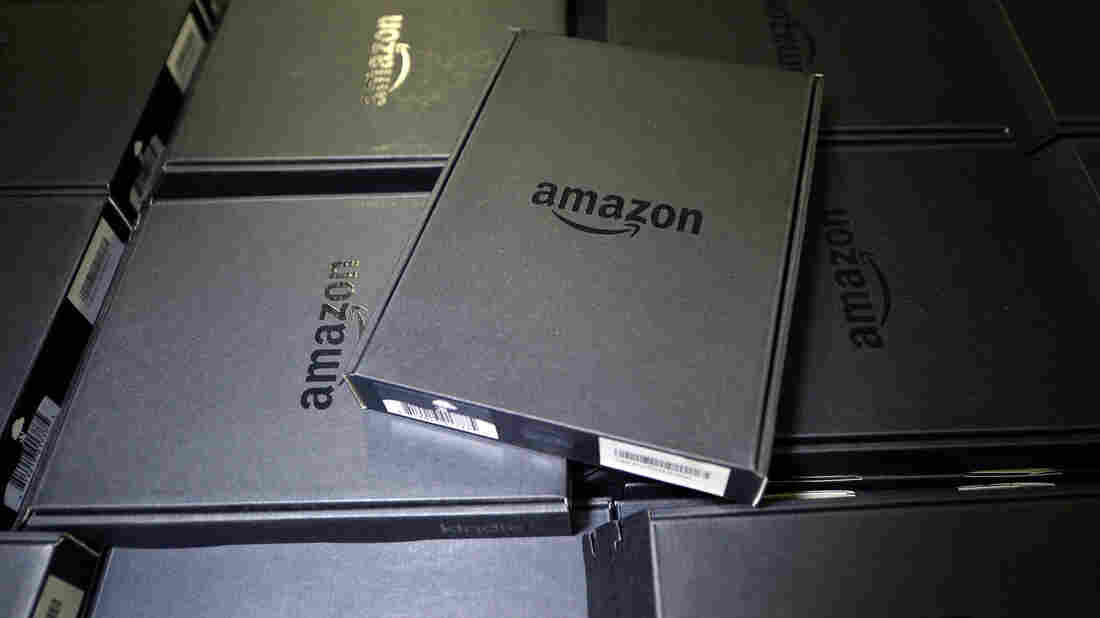 Kindle e-readers were piled high at an Amazon Fulfillment Center. The central focus of the nascent European probe will be Amazon's e-book agreements with publishers. Kevork Djansezian/Getty Images hide caption 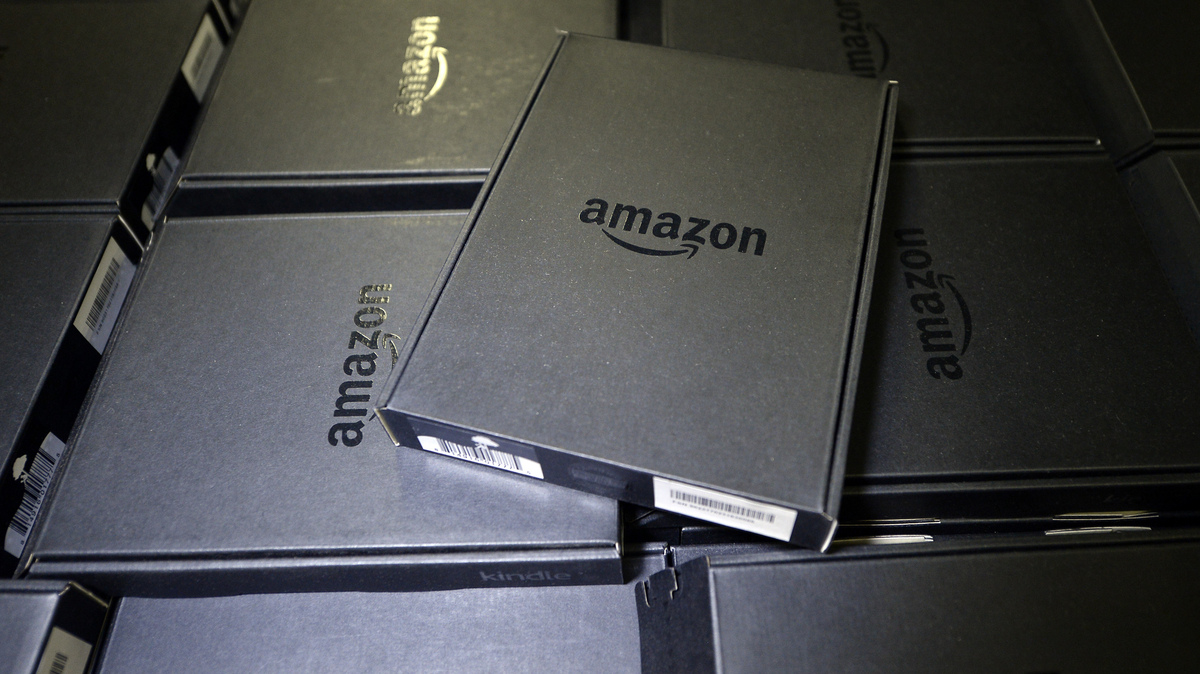 Kindle e-readers were piled high at an Amazon Fulfillment Center. The central focus of the nascent European probe will be Amazon's e-book agreements with publishers.

European regulators have launched a formal investigation into Amazon's practices in the e-book market.

In a statement released Thursday, the European Commission announced that its antitrust investigation will focus on Amazon's contracts with publishers — and whether the Internet retailer is abusing its dominant position as the largest e-book distributor in Europe.

The commission, the 28-member executive arm of the European Union, is especially concerned with a few key parts of those contracts.

In particular, NPR's Lynn Neary reports, "The commission is concerned about specific clauses that require publishers to inform Amazon about more favorable or alternative terms offered by its competitors."

Margrethe Vestager, the commission's chief of competition policy, stressed that the case won't be casting a broad net. She made a point in the statement of mentioning that the investigation will not call into question Amazon's "successful business that offers consumers a comprehensive service, including for e-books.

"However," she continued, "it is my duty to make sure that Amazon's arrangements with publishers are not harmful to consumers, by preventing other e-book distributors from innovating and competing effectively with Amazon."

Amazon, for its part, said it would cooperate fully with the investigation, and that it was "confident" its deals with publishers "are legal and in the best interests of readers," according to The Wall Street Journal.

As The New York Times points out, this is not the first time this year that Amazon has come underneath the microscope of the EU's antitrust office. In January, the commission found that arrangements made more than a decade ago between Amazon and the government of Luxembourg, which the retailer calls home in Europe, amounted to an unfair advantage for Amazon.

Amazon also isn't the first U.S. tech giant to face such scrutiny. In April, the EU lobbed antitrust charges at Google, accusing the company of tilting search results in favor of its own shopping service. And, as the commission was quick to mention, Apple and five major publishing houses were subject to similar allegations of collusion in the European e-book market just a few years ago. Those allegations were settled when the companies "offered a number of commitments" that assuaged the commission's concerns.