Accessibility links
Jack King, NASA's 'Voice Of Apollo,' Dies At 84 : The Two-Way He uttered the countdown heard 'round the world leading up to the launch of the first moon landing mission. 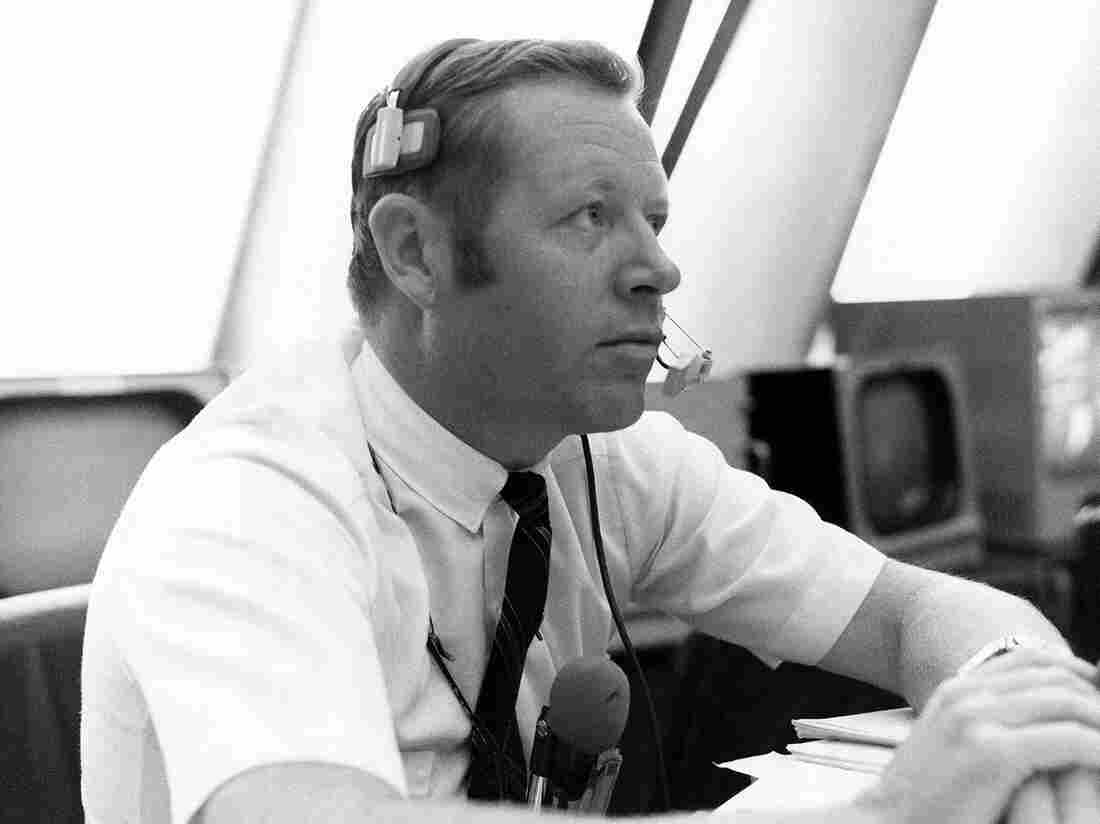 A Nov. 14, 1969, photo made available by NASA shows Jack King in the Firing Room of the Kennedy Space Center's Launch Control Center in Cape Canaveral, Fla., during the countdown for Apollo 12. King, who died Thursday, became known as NASA's "Voice of Apollo." AP hide caption 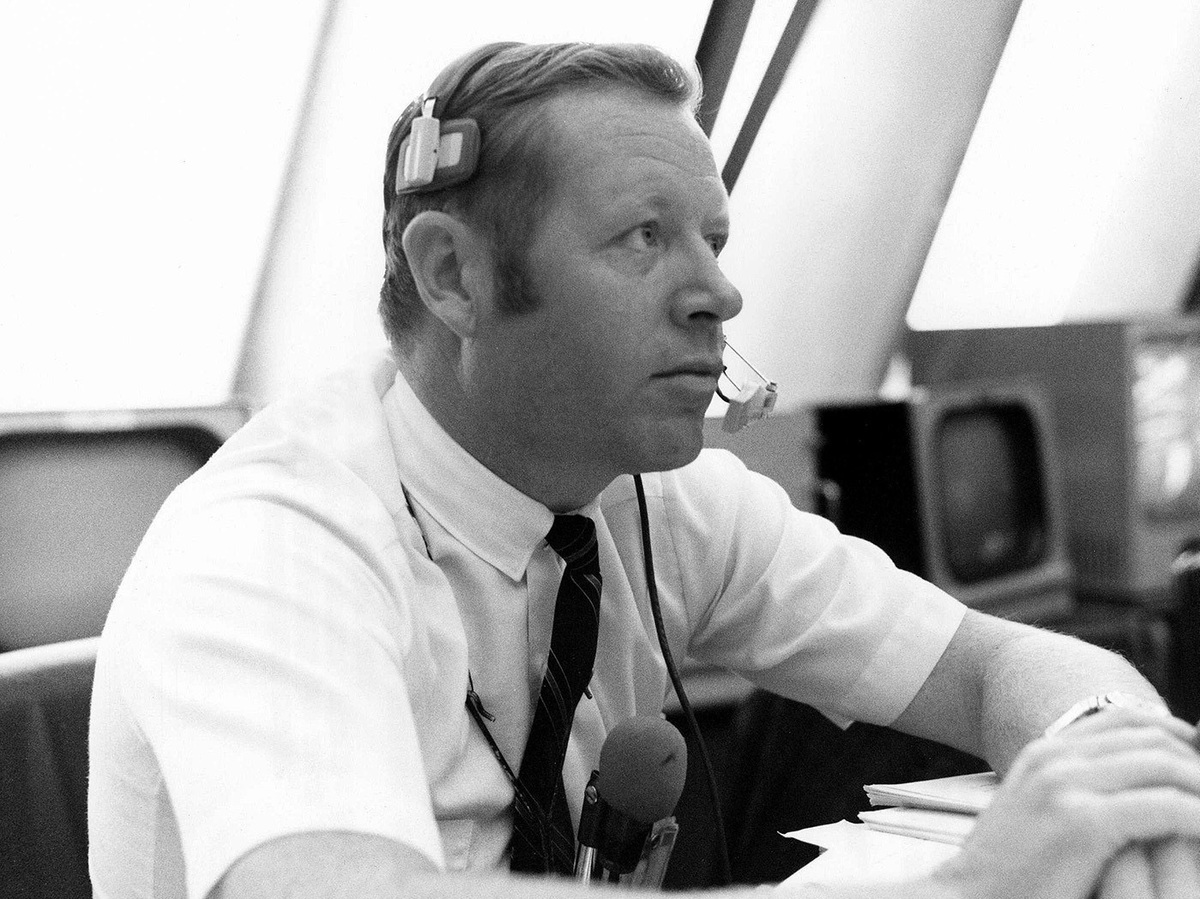 A Nov. 14, 1969, photo made available by NASA shows Jack King in the Firing Room of the Kennedy Space Center's Launch Control Center in Cape Canaveral, Fla., during the countdown for Apollo 12. King, who died Thursday, became known as NASA's "Voice of Apollo."

Jack King, who uttered the countdown heard 'round the world followed by the historic words "Liftoff on Apollo 11!" has died at age 84.

King's countdown sequence for the 1969 launch of the Saturn V rocket that ultimately put Neil Armstrong and Buzz Aldrin on the surface of the moon was heard by a global television audience at the time and has been heard by hundreds of millions of people since.

"I wish I had a penny for every time it was used," he told The Associated Press in 2009 on the 40th anniversary of the mission.

He died Thursday at a hospice facility not far from Kennedy Space Center, the AP said, quoting a former colleague, Hugh Harris.

King became known as NASA's "Voice of Apollo" for his narration of the "moon shot" countdowns, but the Boston native arrived at Cape Canaveral, Fla., years before President John F. Kennedy had even issued his famous challenge to send "a man to the moon and return him safely to the Earth" by the end of the 1960s.

In 1958, at the age of 27, King opened The Associated Press' bureau at the burgeoning space coast. Two years later — when NASA's first manned space flight was still a year away — he joined the agency as its chief of public information.

"He was a pioneer in the public relations business for NASA," Harris was quoted by the AP as saying. "[He] worked out many of the protocols for working with the news media here at the launch site."

King went on to voice the countdown sequence for the rest of the moon missions and in 1975 helped work out the information plan for the U.S.-Soviet Apollo-Soyuz mission that saw American astronauts and Soviet cosmonauts shake hands after docking their respective capsules in Earth's orbit.

The AP adds: "He went to Washington in 1975 to direct public relations for the U.S. Energy Research and Development Administration. He left government in 1977 to work for Armand Hammer and Occidental International Corp. and others, before trying out retirement in 1996. He moved to Cocoa Beach, Florida, near the space center, and became a spokesman for United Space Alliance, a Lockheed Martin and Boeing venture to prepare the space shuttles for flight. He retired in 2010."