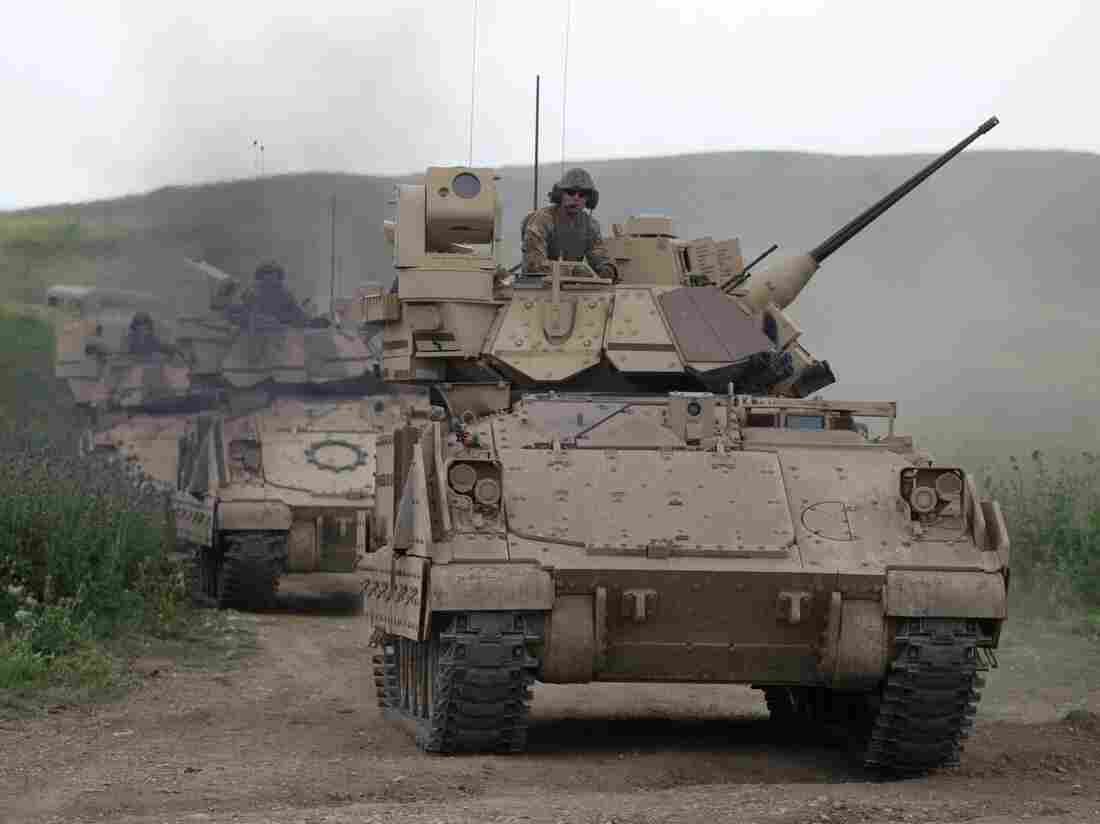 U.S. Bradley fighting vehicles take part in a joint exercise with Georgia at a military base near Tbilisi. Bradleys would be deployed to NATO member states in Eastern Europe and the Baltics if a Pentagon proposal is approved. Zurab Kurtsikidze/EPA/Landov hide caption 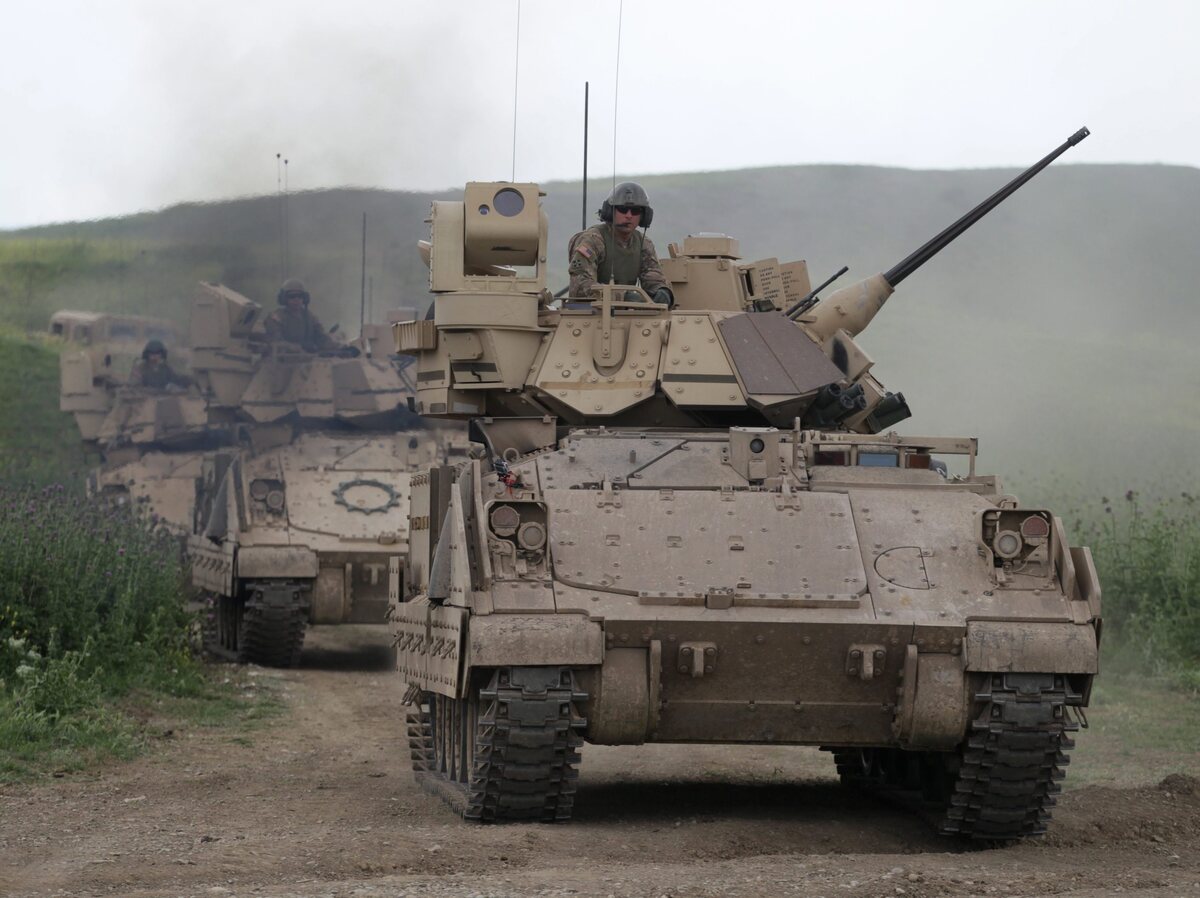 U.S. Bradley fighting vehicles take part in a joint exercise with Georgia at a military base near Tbilisi. Bradleys would be deployed to NATO member states in Eastern Europe and the Baltics if a Pentagon proposal is approved.

The Pentagon is considering a proposal to place M1 Abrams tanks, Bradley fighting vehicles and armored howitzers in NATO countries in the Baltic and Eastern Europe in a bid to stem what is viewed as Russian aggression.

In a report first published by The New York Times and confirmed by NPR, American and allied officials were quoted as saying that, if approved, the move would mark the first time since the end of the Cold War that the U.S. would station such heavy military equipment in the newer NATO states.

All of the countries where the equipment would be placed were once in the Soviet sphere of influence. Until now, the West has resisted any such move in deference to Russian sensitivities.

The proposal specifies enough heavy equipment to support about 150 soldiers in each of the Baltic states (Lithuania, Latvia and Estonia) and enough for another 750 soldiers per country in Poland, Romania, Bulgaria and possibly Hungary, according to the Times. All told, the equipment could support 3,000-5,000 soldiers.

"This is just equipment — no U.S. troops will be sent with this equipment," reports NPR's Tom Bowman for our Newscast division. "But it does provide U.S. troops with what's called follow-on equipment, should they want to have exercises in those countries ... or if something should happen."

If approved by Defense Secretary Ash Carter, Tom says, the equipment could flow into the region this fall. The Times notes the proposal also needs approval from President Obama and would likely encounter resistance from at least some U.S. allies.

The Times says it "would be the most prominent of a series of moves the United States and NATO have taken to bolster forces in the region and send a clear message of resolve to allies and to Russia's president, Vladimir V. Putin, that the United States would defend the alliance's members closest to the Russian frontier."

The newspaper also notes: "The amount of equipment included in the planning is small compared with what Russia could bring to bear against the NATO nations on or near its borders, but it would serve as a credible sign of American commitment, acting as a deterrent the way that the Berlin Brigade did after the Berlin Wall crisis in 1961."