Accessibility links
Comet Lander Wakes Up, Calls Home, After Long Sleep : The Two-Way A little sunlight applied to solar panels proved the cure for what ailed the European Space Agency's Philae lander, which had been dormant from lack of power since November. 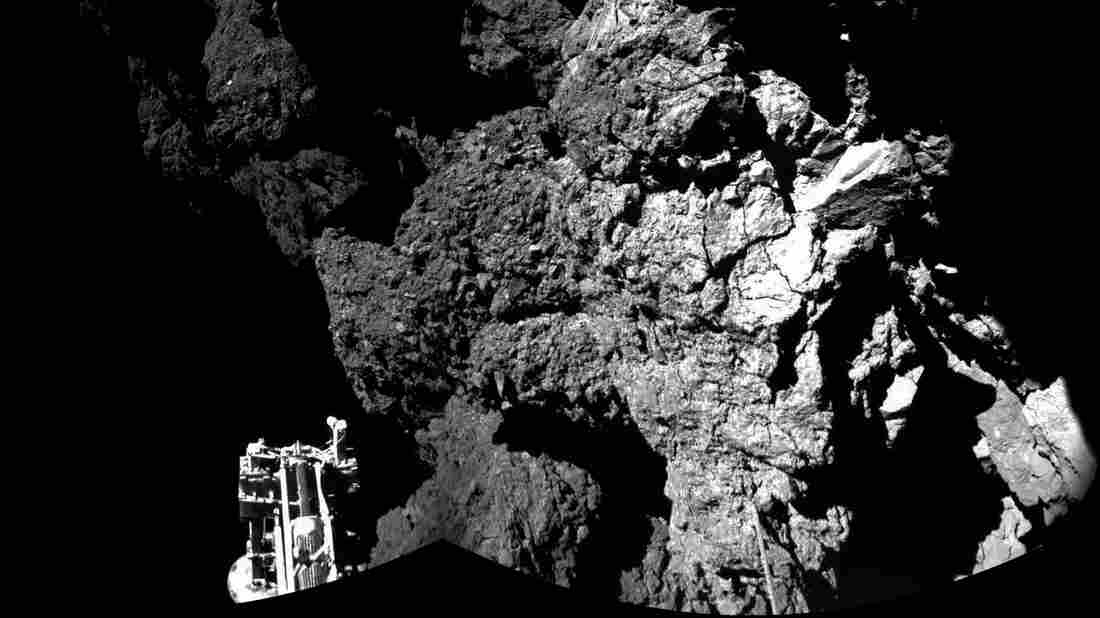 The Philae lander beamed back images showing one of its three feet on the surface of Comet 67P/Churyumov-Gerasimenko. This photo is compiled from two images. ESA/Rosetta/Philae/CIVA hide caption 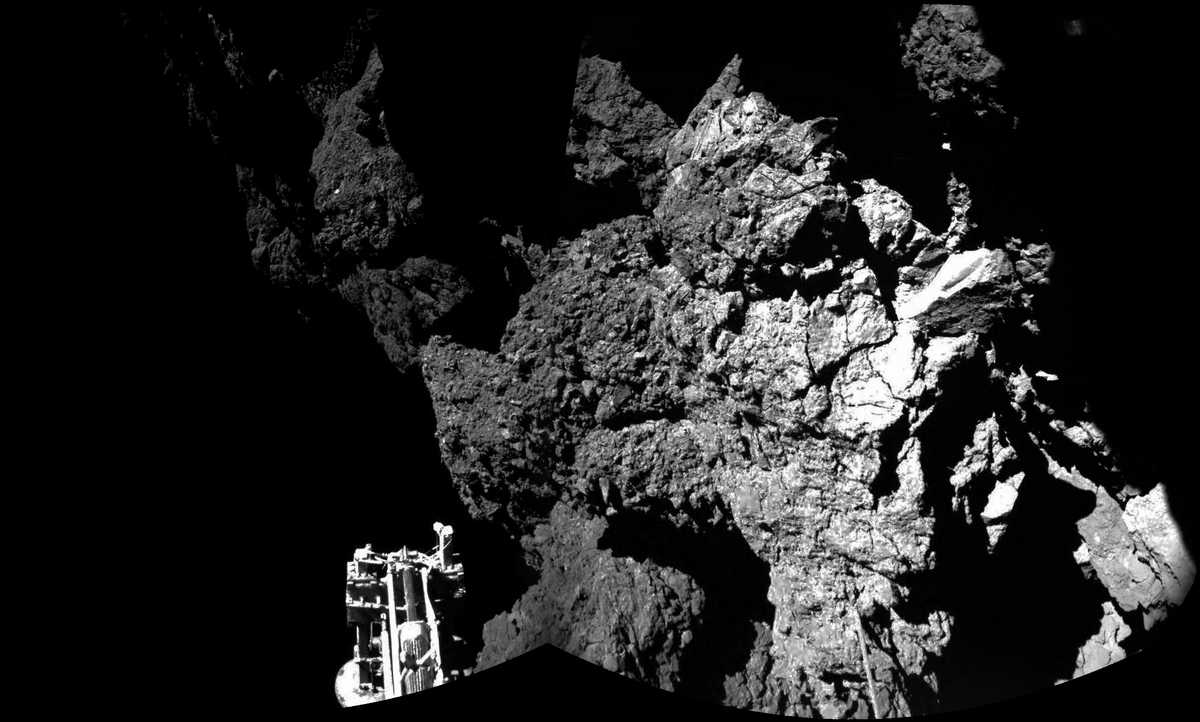 The Philae lander beamed back images showing one of its three feet on the surface of Comet 67P/Churyumov-Gerasimenko. This photo is compiled from two images.

Last November, the European Space Agency wasn't sure if it would ever hear from its Philae lander again after the probe's unfortunate landing spot on Comet 67P/Churyumov-Gerasimenko left it in the shadow of a cliff, starving its solar panels of the faint sunlight needed to produce power.

But, suddenly, it's back on: "For 85 seconds Philae 'spoke' with its team on ground, via [Comet orbiter] Rosetta, in the first contact since going into hibernation in November," the ESA said in a statement.

"Philae is doing very well: It has an operating temperature of -35 degrees C (-31 F) and has 24 Watts available," DLR Philae Project Manager Dr. Stephan Ulamec said, referring to the power available. "The lander is ready for operations."

NPR's Geoff Brumfiel reports that after landing in shadow near a cliff on the comet, Philae's solar panels "couldn't get enough sunlight. But now as the comet moves closer to the sun, it appears that those solar panels are getting sunlight and the lander is powered back up and ready for research. This is really a minor miracle."

He said the ESA is "confident they are going to do some science with it."

According to the ESA statement: "Philae shut down on 15 November 2014 at 1:15 CET after being in operation on the comet for about 60 hours. Since 12 March 2015 the communication unit on orbiter Rosetta was turned on to listen ... for the lander."