Accessibility links
Merry Bloomsday! For Communion With Joyce, Raise A Sacramental Guinness : The Two-Way To honor the day that James Joyce's character Leopold Bloom wandered the streets in Ulysses, fans the world over have found fitting ways to celebrate — boisterously, and often reverent with obscenity. 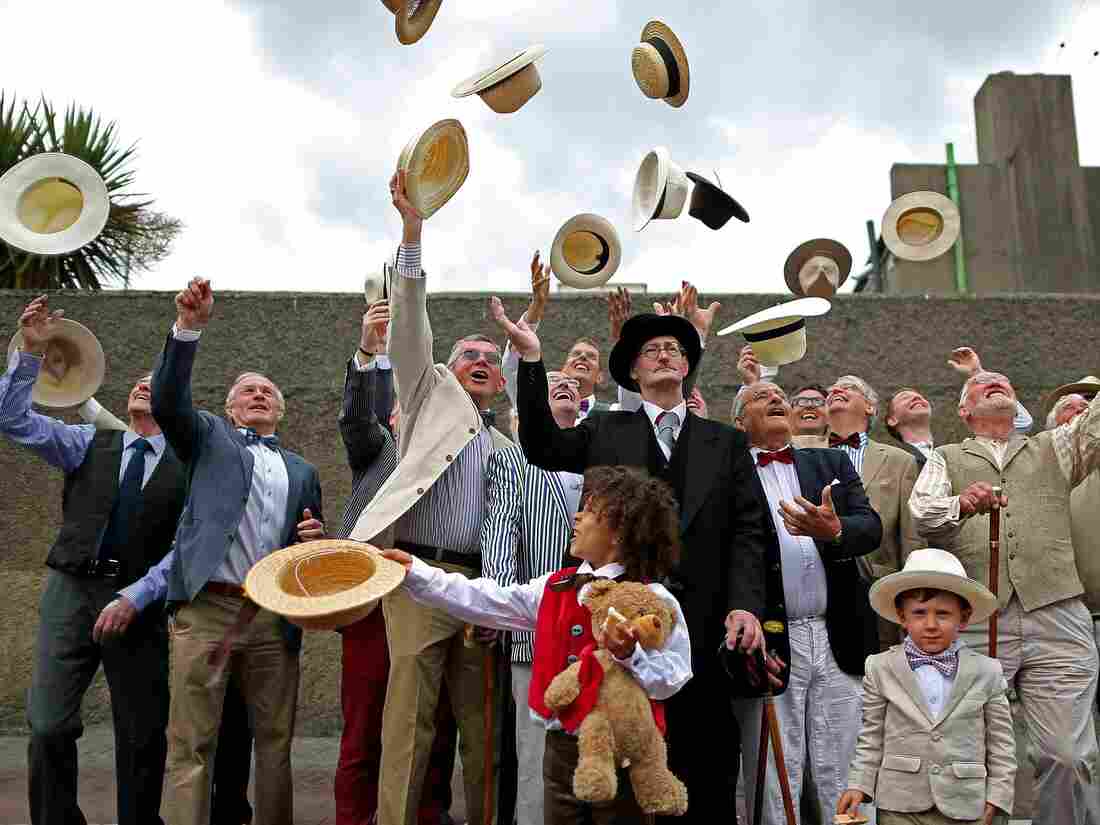 Bloomsday enthusiasts get into the sartorial spirit of Ulysses in the novel's native town, Dublin. Julien Behal/PA Photos/Landov hide caption 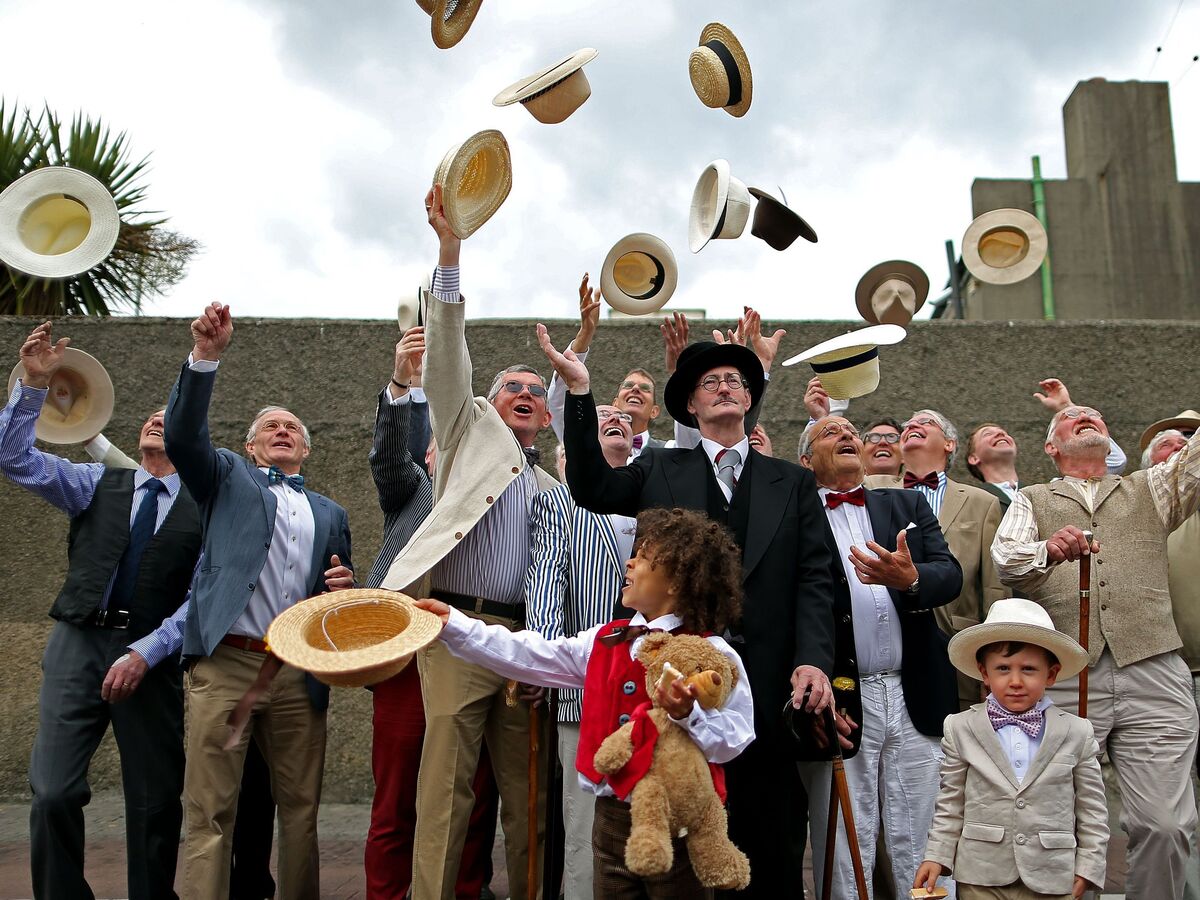 Bloomsday enthusiasts get into the sartorial spirit of Ulysses in the novel's native town, Dublin.

What's one to do with a typical Tuesday in June? That is, of course, after you've savored the fine tang of your mutton kidney breakfast, taken your (extended) morning constitutional and stepped out into the glory of another humdrum day. If you'll accept a suggestion: Perhaps you might want to spend the day with a man who's prone to doing all of these things himself — and who, despite having never actually drawn a breath, has wandered in the minds of his readers for close to a century.

In other words, gang: Happy Bloomsday. No better day to spend some time with the holiday's namesake — one Leopold Bloom, star of James Joyce's high modernist tome Ulysses. It was into the confines of June 16, 1904, (and a few of the wee hours of the day afterward) that Joyce squeezed the events of his novel. And so it's natural that fans should have chosen this day to celebrate the work — and they have been doing so since Bloomsday's inaugural festivities in Dublin in 1954.

The holiday has picked up adherents ever since, and it's picked up different ways to celebrate along with them. Care to do the day classy? Head to the Symphony Space in New York City, where they'll be celebrating with a performance that includes Irish literary luminaries Colum McCann and Paul Muldoon. In New Orleans, they're rolling up their sleeves with a marathon reading — and they're doing the same in Washington, D.C., and in Buenos Aires, among many other places. If a marathon's not your speed, how about a slow stroll through Genoa, Italy, instead?

In Auckland, New Zealand, unfortunately, you may have missed your chance at seeing the Kiwis' usual cabaret in the city's red light district. Apparently, according to The Guardian, last year's rendition — featuring a rowdy showing from Lucy Lawless, star of Xena, Warrior Princess — brought down the house. So much so, in fact, they've retreated to a simple night of readings and songs at the local pub this time around.

And there you have a pretty good indication of the whole point, and the joy, of the occasion. Generally speaking, this is no home for the monocle-twisting, bitterly harrumphing stereotype of the elbow-patched academic. Like the book itself, celebrations at times happily veer into the playful and profane.

(After all, it's not for nothing that the book was banned from publication in the U.S. for more than a decade over obscenity concerns; for many celebrants, it seems only fitting that its loyal readers act accordingly.)

The pub owner who helped organize Dublin's first Bloomsday in 1954, John Ryan, took some silent footage to remember the inaugural pilgrimage to the novel's notable sites. In this glimpse, you can get a good look at another great Irish novelist, Brian O'Nolan (better known as Flann O'Brien), lousy with drink by midafternoon, and chumming around with fellow writers Patrick Kavanagh and Anthony Cronin.

For Joyce himself, though, the first Bloomsday was a slightly more hallowed occasion. Though Ulysses was published in 1922, he set his book on this specific date — June 16, 1904, remember — because it was the day that he first went for a walk with his longtime love, Nora Barnacle.

As Time recalls, it was the day that "Joyce always liked to say that Nora Barnacle had come 'sauntering' into his life out of the Dublin hotel where she worked as a waitress."