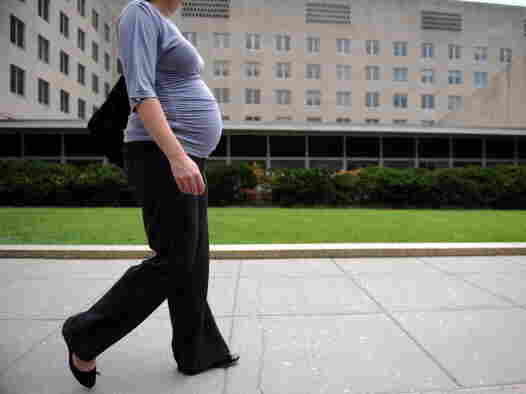 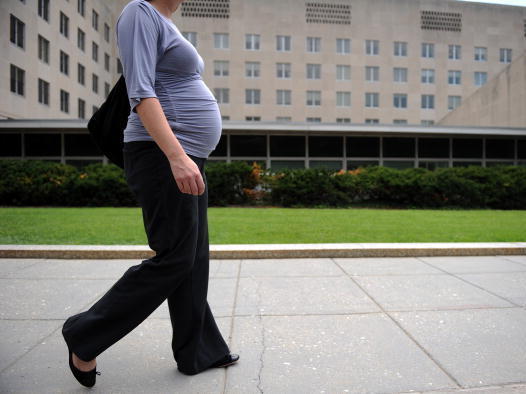 Women in the U.S. are having more babies — exactly 3,985,924 last year, according to the Centers for Disease Control and Prevention. Preliminary data show that birth rates in the U.S. were up by 1 percent last year from 2013. It's the first increase in seven years.

But teenagers aren't having as many babies. The birth rate in that group dropped by 9 percent in 2014 compared with 2013. For context, teen births have been on the decline since 1991.

The CDC's National Center for Health Statistics published the data Wednesday. The findings are based on nearly all births in all 50 states and the District of Columbia.

Among the findings in the report:

One of the authors of the report, Brady Hamilton of the National Center for Health Statistics, says the increase in the number of births overall was somewhat of a surprise.

"We were somewhat anticipating at some point a reversal or a secession of the downward trend. But still, nonetheless, it was a bit of a surprise for us," Hamilton says.

The Associated Press says the U.S. "has been in a baby recession since 2007 — a decline in births that experts have blamed mainly on the nation's economy."

The Wall Street Journal talked to Kenneth Johnson, a University of New Hampshire demographer. Johnson says that "2.3 million more babies would have been born if America's prerecession trends had continued. That creates the potential for a 'baby bounce' as Americans who had put off having children play catch-up."

But Hamilton doesn't want to speculate too much on last year's baby bump.

"Our data comes from the birth certificate. And it provides us with an incredible amount of wealth of detail," he says. "But when it comes to people's mindsets, their decisions, their choices, we don't have their information."