Accessibility links
The Pope Is About To Weigh In On Climate Change. Not Everyone Is Happy : The Two-Way A number of conservative politicians have cast a dim eye on Pope Francis' statements on climate change. A teaching document coming out Thursday aims to make the environment a moral imperative.

The Pope Is About To Weigh In On Climate Change. Not Everyone Is Happy

The Pope Is About To Weigh In On Climate Change. Not Everyone Is Happy 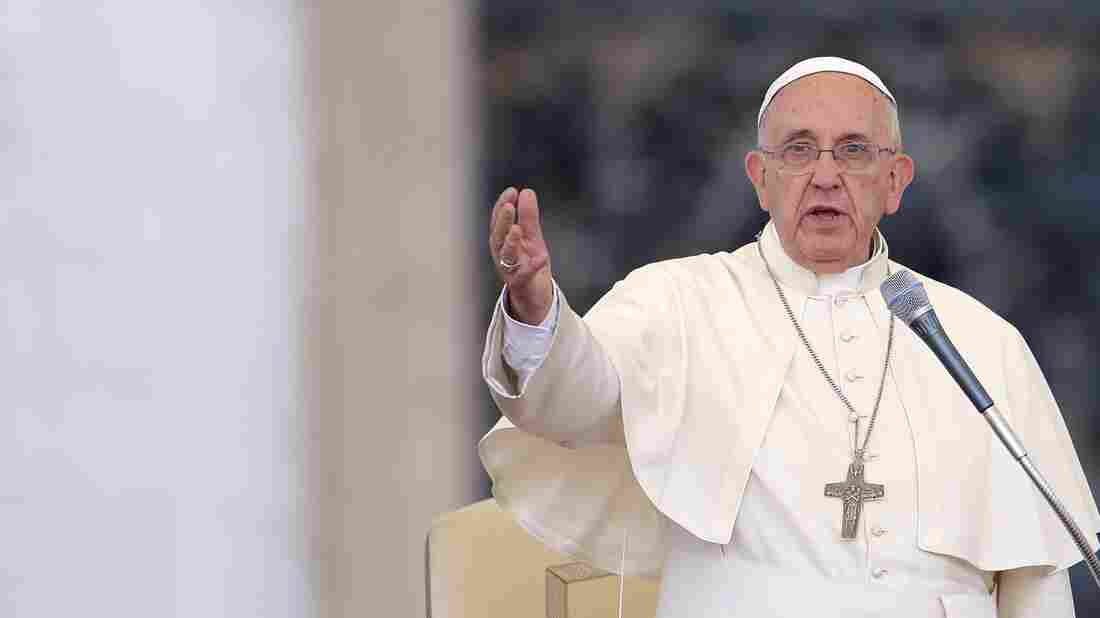 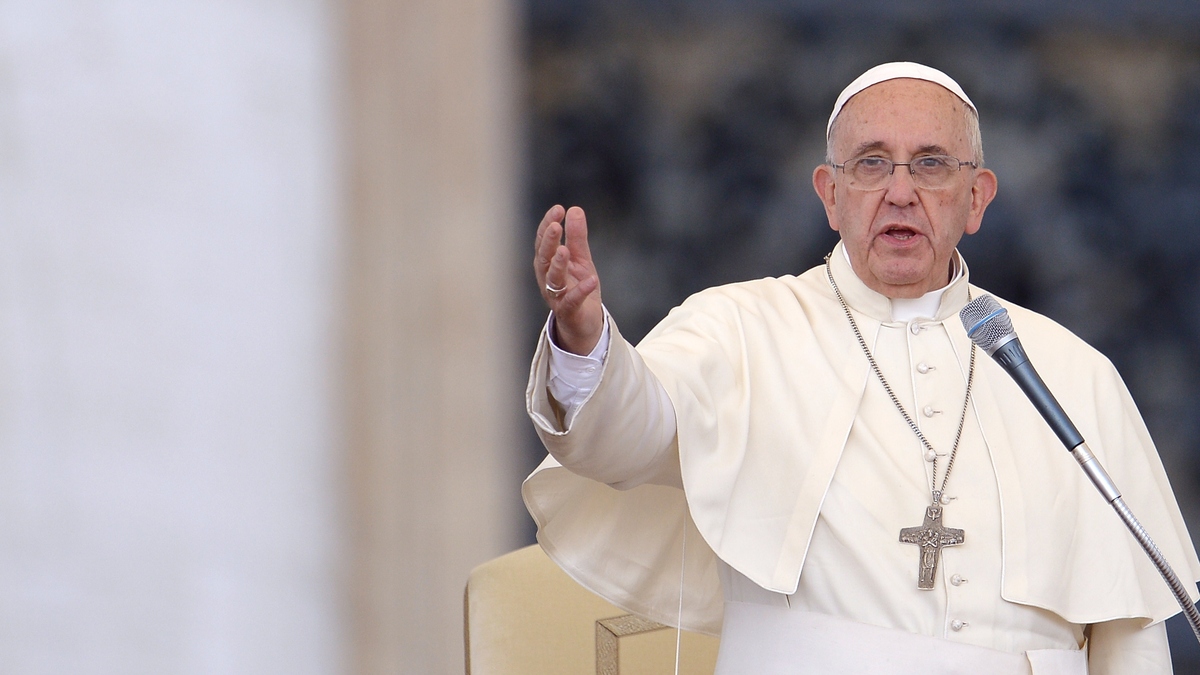 Pope Francis is poised to issue a statement on church doctrine aimed at transforming climate change into a moral imperative for the world's 1.2 billion Catholics — a move that has already put him at odds with political conservatives in the United States.

In the first major encyclical of his 2-year-old papacy, to be released Thursday, Francis is expected to call on all people to be "stewards of creation." Speaking Sunday to thousands of people at St. Peter's Square, the pope said his message is "addressed to everyone" and that he hopes it would spark "renewed attention to situations of environmental degradation and to recovery" and lead to "greater responsibility for the common home that God has entrusted to us."

The papal letter follows a conference the pope called in April to discuss the moral dimensions of climate change, which he believes is mostly human-caused. It is worth noting that Francis' message isn't untrodden theological ground for the church — his predecessor, Pope Benedict XVI, didn't go as far, but he did call for a "responsible, credible and united response" to the problem of climate change.

As The New York Times explains: "By wading into the environment debate, Francis is seeking to redefine a secular topic, one usually framed by scientific data, using theology and faith. And based on Francis' prior comments, and those of influential cardinals, the encyclical is also likely to include an economic critique of how global capitalism, while helping lift millions out of poverty, has also exploited nature and created vast inequities."

At Sunday's Mass, Francis invited worshipers to pray "so that everyone may receive [the encyclical's] message and grow in responsibility toward the common home God has entrusted to us."

Several prominent conservatives have cast a dim eye on the pope's stance on climate change. Among them are former Sen. Rick Santorum of Pennsylvania — a devout Catholic who is running for the Republican nomination for president — and Sen. James Inhofe of Oklahoma, chairman of the Senate Environment and Public Works Committee and probably the most vocal opponent in Congress of linking climate change to the use of fossil fuels or other human activity.

"The church has gotten it wrong a few times on science," Santorum said in an interview with a Philadelphia radio station. "I think we probably are better off leaving science to the scientists and focusing on what we're good at, which is theology and morality."

Inhofe, who identifies as a Presbyterian and has written a book titled The Greatest Hoax: How the Global Warming Conspiracy Threatens Your Future, is even blunter: "Everyone is going to ride the pope now. Isn't that wonderful," a seemingly exasperated Inhofe said Thursday, according to The Guardian.

"The pope ought to stay with his job, and we'll stay with ours," he said. "I am not going to talk about the pope. Let him run his shop, and we'll run ours."

The issue also came up Tuesday on the campaign trail. The day after Jeb Bush announced he was running for president, he was asked about the pope's stance.

"I hope I'm not going to get castigated for saying this by my priest back home, but I don't get economic policy from my bishops or my cardinals or my pope," said Bush, who converted to Catholicism 20 years ago. "And I'd like to see what he says as it relates to climate change and how that connects to these broader, deeper issues before I pass judgment. But I think religion ought to be about making us better as people and less about things that end up getting in the political realm."

The Catholic League's Bill Donahue, a conservative and staunch defender of church doctrine under Benedict, told talk-show host Steve Malzberg last week: "I don't care whether it's Pope Francis or his predecessors or his successors someday. Once you get outside the domain, of faith and morals, be careful — and be careful particularly when you get into the weeds and get very specific."

Donahue added: "For example, are we God's stewards? Are we supposed to take care of the Earth? Of course, that's out of the Old Testament, it's out of the New Testament."

Meanwhile, the conservative Heartland Institute — which has been a leading voice against the scientific consensus on climate change (i.e., that it is real, and man-made) — has been equally vocal in its objection to the forthcoming papal encyclical.

"The Holy Father is being misled by 'experts' at the United Nations who have proven unworthy of his trust," the institute's president, Joseph Bast, has said. "Humans are not causing a climate crisis on God's Green Earth — in fact, they are fulfilling their biblical duty to protect and use it for the benefit of humanity. Though Pope Francis's heart is surely in the right place, he would do his flock and the world a disservice by putting his moral authority behind the United Nations' unscientific agenda on the climate."

The vote for American Catholics in presidential elections in recent years has tended to closely mirror all voters in the split between political parties.

On the issue of climate change, a 2014 Pew Research Center poll found that 79 percent of Democrats think there is solid evidence the Earth is warming, compared with just 37 percent of Republicans. And 80 percent of steadfast conservatives reject man-made climate change.

Patrick Regan, who teaches the politics of climate change at the University of Notre Dame, is quoted by The Guardian as saying, "If I were a Catholic climate denier, I would be worried about the pope.

"And if I had a vested interest in not changing climate policy, the pope would be a threat to my political stance," Regan says.