Accessibility links
California Labor Commission Rules Uber Driver Is An Employee, Not A Contractor : The Two-Way An Uber driver in San Francisco will be paid more than $4,000 in expenses. 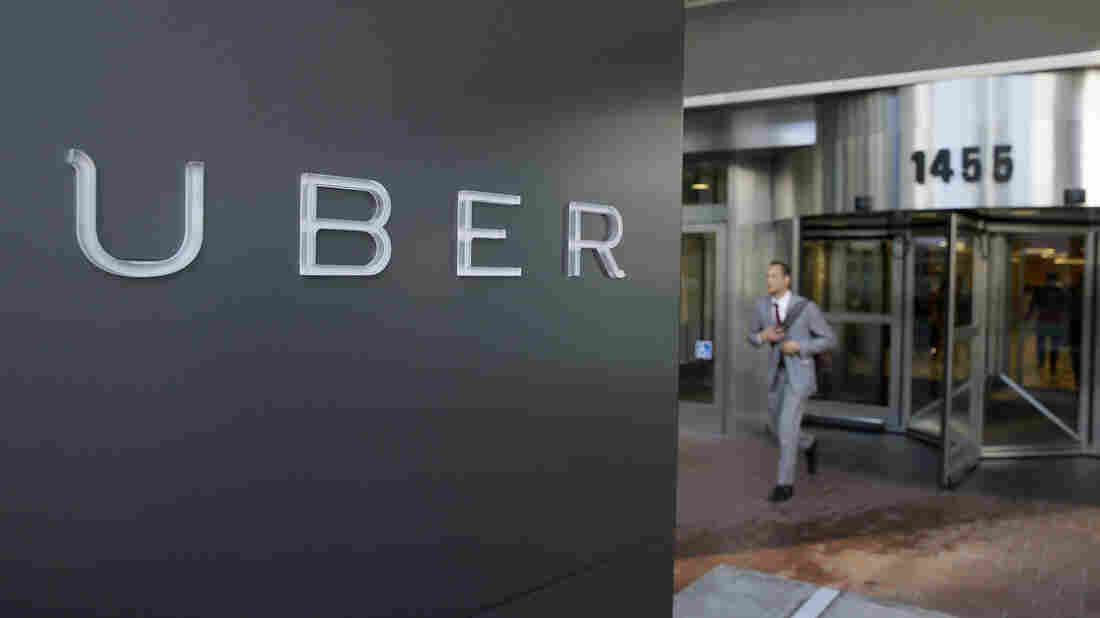 A man leaves the headquarters of Uber in San Francisco. The California Labor Commission has ruled that one Uber driver in California is an employee of the company, and is owed certain benefits. Eric Risberg/AP hide caption 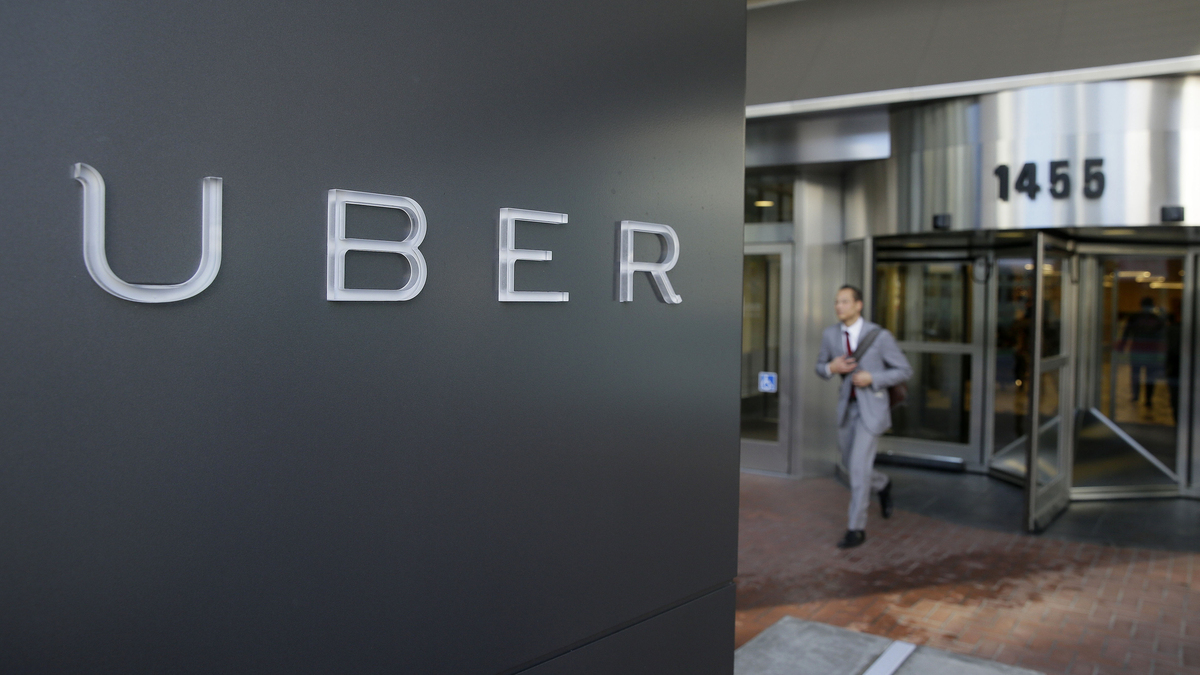 A man leaves the headquarters of Uber in San Francisco. The California Labor Commission has ruled that one Uber driver in California is an employee of the company, and is owed certain benefits.

In a decision that could have major implications for the entire sharing economy, the California Labor Commission has ruled that a San Francisco Uber driver is a company employee, not a contractor. In that decision, the commission awarded Uber driver Barbara Ann Berwick $4,152.20 in employee expenses, including mileage reimbursements, toll charges and interest.

The ruling was made public when Uber filed an appeal Tuesday in a state court in San Francisco.

The Associated Press says Uber claims the ruling is nonbinding, and only applies to one driver. And in a statement sent to NPR, Uber claimed the ruling in favor of Berwick actually contradicts a previous ruling from the same commission.

Uber says that classifying drivers as contractors is part of giving them the freedom they want. "It's important to remember that the No. 1 reason drivers choose to use Uber is because they have complete flexibility and control," spokeswoman Jessica Santillo said. "The majority of them can and do choose to earn their living from multiple sources, including other ride-sharing companies."

But Shannon Liss-Riordan, a lawyer working on a class-action suit of drivers against Uber, told NPR that the company owes its drivers more than it's currently giving them. "Uber's obviously been wildly successful because it developed a concept that caught on," Liss-Riordan said. "But that gives it no excuse to ignore labor laws that have been put into place over decades that protect workers' rights. Uber is a $50 billion company, it says. And the idea that it somehow can't afford to pay for what employers are required to pay for is just a little bit beyond belief."

In Berwick's case, Uber argued that it is just a "technological platform" for private vehicle drivers to facilitate private transactions, that drivers are independent contractors, that Uber has no control over the hours drivers work, and that the company does not have to reimburse drivers for any "expenses related to operating their personal vehicles."

But the labor commission disagreed and found that Berwick is in fact an employee of Uber, saying, "Without passengers such as Plaintiff [Berwick], Defendant's [Uber's] business would not exist." Relying on precedent that applied to cabdrivers and pizza delivery employees, the commission ordered Uber to reimburse Berwick for 6,468 miles she drove while working as an Uber driver, at a rate of $0.56 per mile. Berwick was also awarded toll charges of $256.00, and $274.12 in interest.

Berwick also asked for wages for 470.7 hours she worked as an Uber driver, but she was not awarded that payment, in part because she failed to provide some payment documentation the court asked for.

Jonathan Handel, a law professor at the University of Southern California who has been following the sharing economy, said of the ruling, "Uber should be worried about this." He says it has the potential not just to increase the company's expenses, but also increase its liability. "It really could represent a major roadblock for the sharing economy model that Uber and other companies like Lyft and Airbnb, even, are dependent on."

"If not a surprise. It certainly illustrates the tension between a new economy model," Handel told NPR, "where Uber and others say, 'look, we're just information providers; we hook people up,' and an older model."

Handel says rulings like that of the commission could mean higher prices for Uber rides down the road. It sets up companies like Uber to be responsible for things like Social Security, health care and other benefits. The Los Angeles Times reports that just in California, if Uber drivers were classified as employees, they'd have to be reimbursed for gas, tolls, insurance, unemployment benefits, workers' compensation and Social Security.

Whatever happens with Uber's appeal of the commission's ruling, more challenges are on the way. A site for drivers involved in legal challenges against the company says a hearing for a class certification of one lawsuit will come in August.