Accessibility links
The Victims: 9 Were Slain At Charleston's Emanuel AME Church : The Two-Way Pastors, parishioners, a coach, a librarian, a graduate: Authorities identify the nine people who were shot and killed during a Bible study at a Charleston, S.C., church on Wednesday night.

The Victims: 9 Were Slain At Charleston's Emanuel AME Church

The Victims: 9 Were Slain At Charleston's Emanuel AME Church 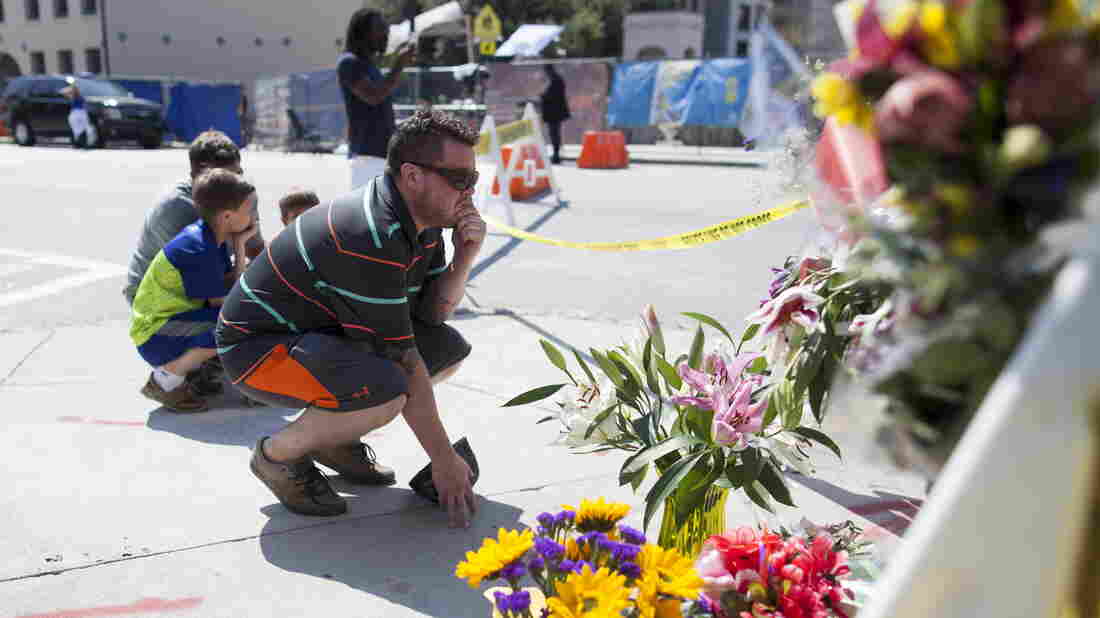 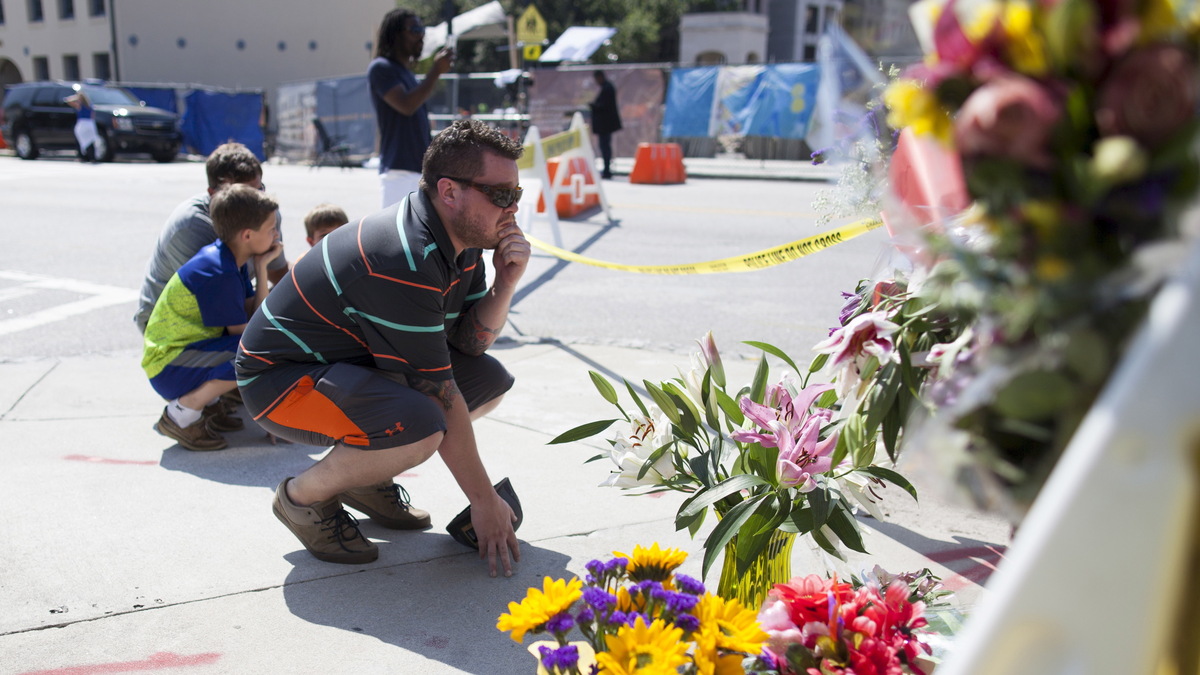 Charleston residents visit a makeshift memorial for victims of Wednesday's mass shooting at the Emanuel AME Church on Calhoun Steet in Charleston, S.C.

The nine people who were killed in a mass shooting at Emanuel African Methodist Episcopal Church in Charleston, S.C., on Wednesday have been identified by the authorities.

The group of six women and three men had come together for a weekly Bible study meeting. The man who is suspected of killing them is now in police custody.

The Rev. Clementa Pinckney, 41: A state senator and the senior pastor of Emanuel, he was married to Jennifer Benjamin and the father of two children, Eliana and Malana. He was a 1995 graduate of Allen University and got his master's degree at the University of South Carolina in 1999. He served in the state Legislature starting in 2000; The Post and Courier says black fabric was draped over Pinckney's Senate chamber seat on Thursday.

Cynthia Hurd, 54: According to the Charleston County Public Library, she was a 31-year employee who managed the John L. Dart Library for 21 years before heading the St. Andrews Regional Library. A statement said Hurd "dedicated her life to serving and improving the lives of others." The system closed its 16 branches Thursday to honor Hurd and the others who died in the shooting. County officials also say the St. Andrews library will be named for Hurd.

The Rev. Sharonda Coleman-Singleton, 45: A pastor at Emanuel, she was also a speech therapist and high school girls track and field coach, both positions at Goose Creek High School, according to her LinkedIn page. Jimmy Huskey, the school's principal, called her "a true professional ... [who] cared about her students and was an advocate for them." Her son, Chris Singleton, is a baseball player and student at Charleston Southern University. Coleman-Singleton also had two younger children, writes the Post and Courier.

Tywanza Sanders, 26: He was a 2014 graduate in business administration from Allen University in Columbia. Lady June Cole, the interim president of Allen University, described him as "a quiet, well-known student who was committed to his education." Known as Ty, he had worked in sales at department stores such as Belk and Macy's.

Ethel Lance, 70: She had attended Emanuel for most of her life and worked there as a custodian, as well. From 1968 to 2002, she worked as a custodian at Charleston's Gaillard Municipal Auditorium. The Post and Courier quotes a former colleague as saying, "She was funny and a pleasure to be around. And she was a wonderful mother and grandmother."

Susie Jackson, 87: Lance's cousin, she was a longtime church member.

Depayne Middleton Doctor, 49: The mother of four sang in Emanuel's choir. She had previously directed a community development program in Charleston County. In December, she started a new job as an admissions coordinator at the Charleston campus of her alma mater, Southern Wesleyan University. SWU President Todd Voss said: "Always a warm and enthusiastic leader, DePayne truly believed in the mission of SWU to help students achieve their potential by connecting faith with learning. Our prayers go out to family and friends. This is a great loss for our students and the Charleston region."

The Rev. Daniel Simmons, 74: Simmons survived the initial attack but then died in a hospital operating room. He had previously been a pastor at another church in the Charleston area.

Myra Thompson, 59: She was the wife of the Rev. Anthony Thompson, the vicar of Holy Trinity Reformed Episcopal Church in Charleston.

-- with contributions from Lucy Perkins, Will Huntsberry, and Bill Chappell.