Accessibility links
Toyota's Top Female Executive Arrested In Japan On Drug Charges : The Two-Way Julie Hamp, who became the automaker's head of public relations in April, allegedly mailed herself a package containing oxycodone pills, declaring the contents to be a necklace. 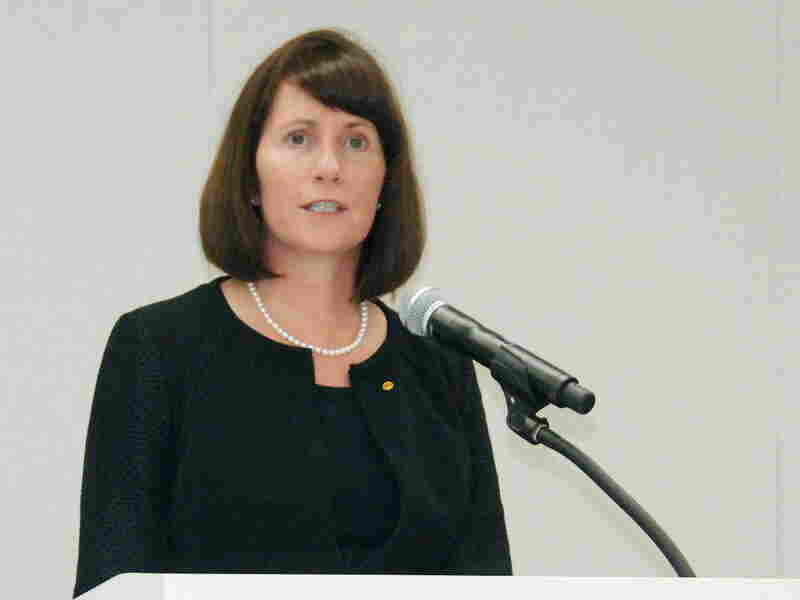 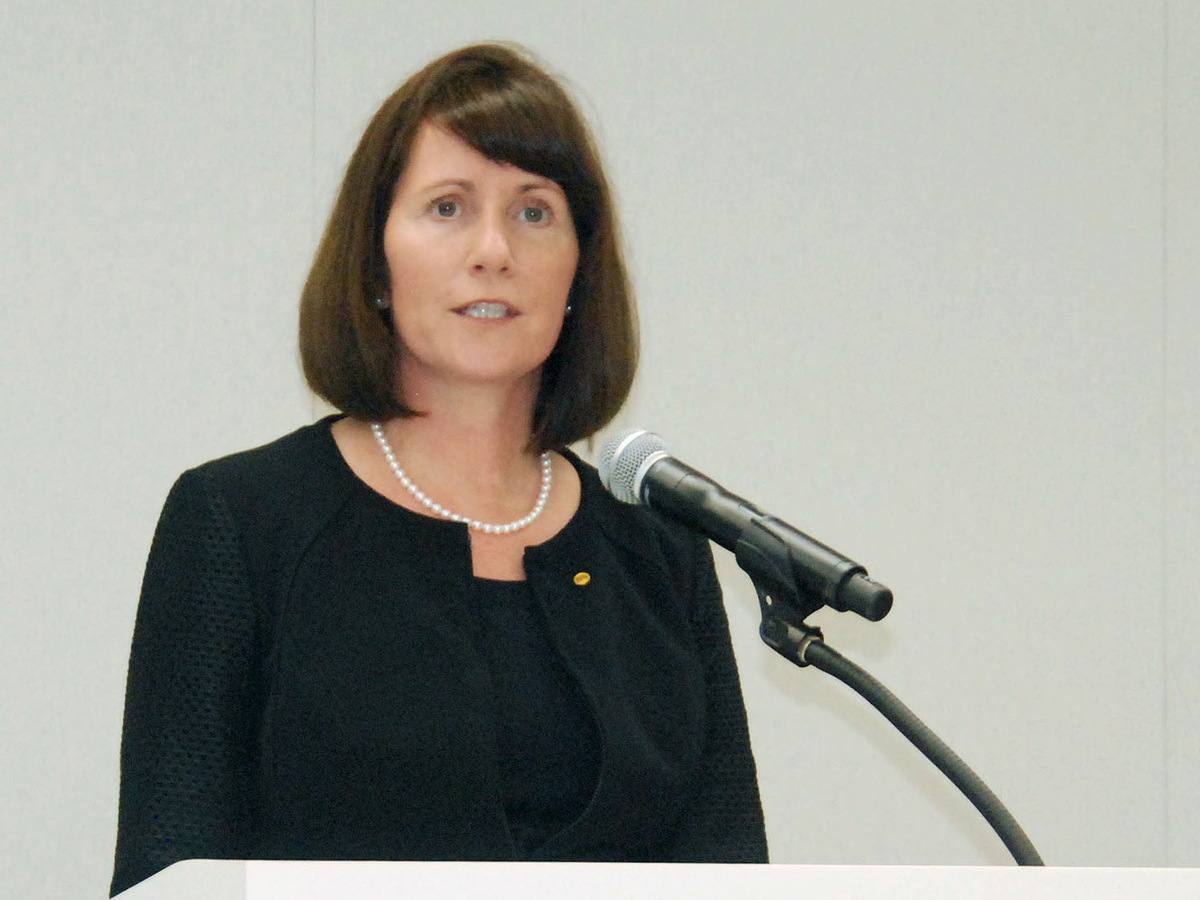 Toyota Motor Corp's Managing Officer and Chief Communications Officer Julie Hamp speaks to media during a news conference in Nagoya, central Japan, in this photo released by Kyodo on June 18.

Julie Hamp — Toyota Motor Corp.'s first senior female executive who was appointed head of public relations just weeks ago — has been arrested in Japan for allegedly importing the prescription painkiller oxycodone in violation of the country's narcotics laws.

A total of 57 pills were discovered by Japanese customs officials on June 11 inside a package that Hamp mailed to herself from Kentucky, declaring the contents to be a necklace, according to Japanese news reports.

Oxycodone is legal in the U.S. with a prescription.

The Asahi Shimbun writes: "When customs officials at Narita Airport checked an international parcel addressed to Julie Hamp, a 55-year-old American, they found pills, placed in bags, at the bottom of the parcel, Tokyo police said."

Hamp, who was arrested on Thursday, has denied the charges. A spokesman for Tokyo's Metropolitan Police Department said she told authorities that she did not think she had imported an illegal substance.

The Associated Press writes: "The high-profile stumble of a media-savvy executive, so early in the game, is an embarrassment for the automaker. Toyota had highlighted Hamp's appointment with much fanfare as a sign that it was promoting diversity."

In a statement issued by Toyota, the company said it was "sorry for causing a stir."

"We believe that it will be made clear in the investigation that she had no intention to violate the law," the statement said.

And, at news conference today, Toyota President Akio Toyoda "bowed briefly and apologized for the troubles set off by the arrest of Hamp," according to The Associated Press.

"To me, executives and staff who are my direct reports are like my children," he said. "It's the responsibility of a parent to protect his children and, if a child causes problems, it's also a parent's responsibility to apologize."

Reuters offers a bit of background:

"Hamp was appointed managing officer in April as part of a drive to diversify Toyota's male-dominated, mostly Japanese executive line-up. She joined Toyota's North American unit in 2012 and this month relocated to Tokyo, where she was to be based. She had been staying in a hotel, a Toyota spokeswoman said.

"[Company President] Toyoda vowed that the automaker would maintain its policy of seeking out talent regardless of gender or nationality and expressed regret that the company had not provided enough support for an employee who was not Japanese and had come to live in Japan."

According to Medicinenet.com, oxycodone is "a strong narcotic pain-reliever and cough suppressant similar to morphine, codeine, and hydrocodone."