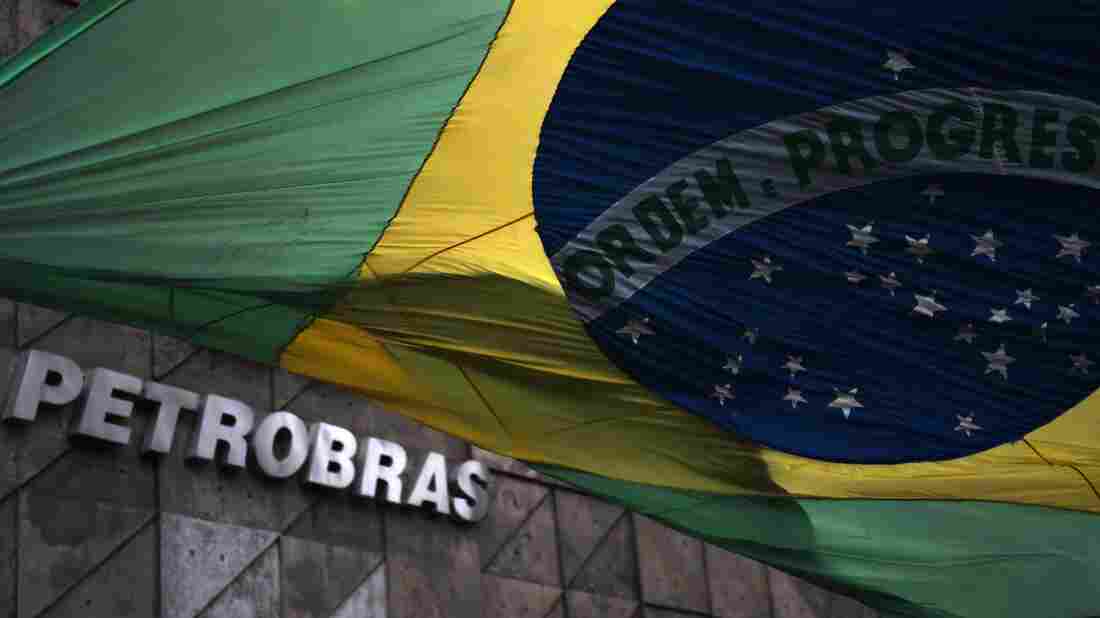 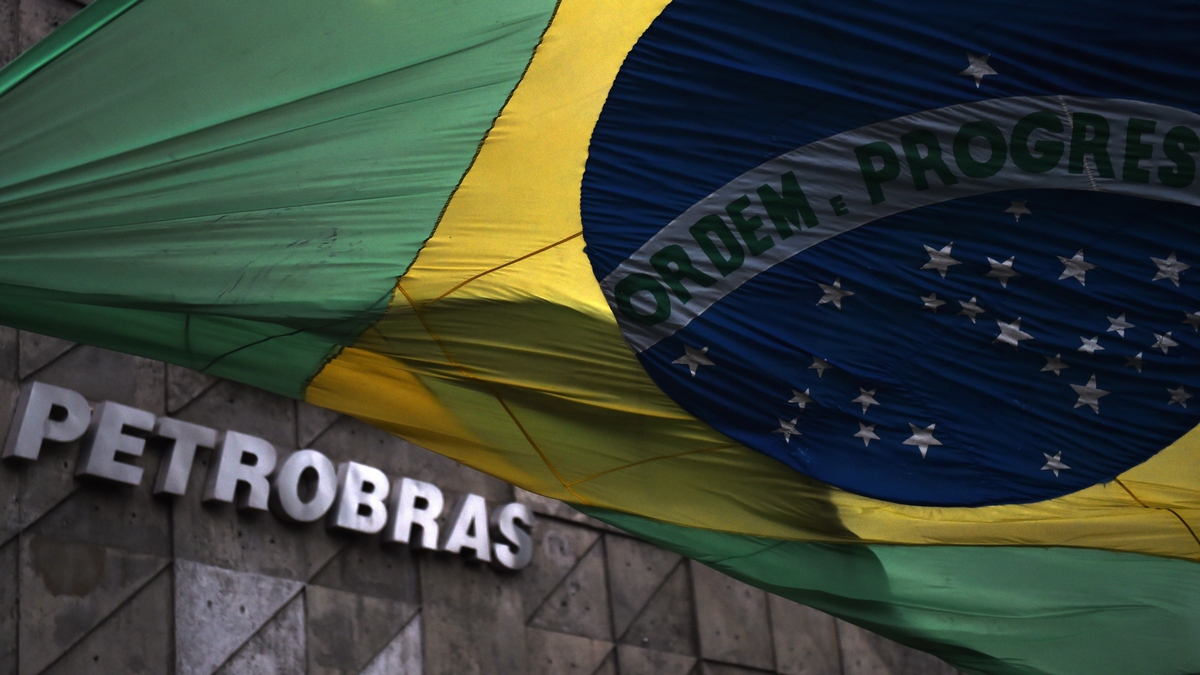 The Brazilian national flag flutters at the front of the headquarters of the Brazilian state oil giant Petrobras, in Rio de Janeiro.

"It's really hard to explain just how omnipresent Odebrecht is in Brazil, and Latin America generally. They are everywhere and they have had a hand in building almost everything — four of the World Cup stadiums alone. For the Olympics, the company is helping to build the Athletes' Village, an express bus line and the Olympic Park, plus a subway line. But that's really just the tip of the iceberg — they operate in dozens of countries around the world, too, including in the U.S. So news that the head of the family-owned business has been arrested is huge news in the region."

Reuters reports that the two executives were among a dozen people arrested in four states Friday. It adds:

"A lead prosecutor, Carlos Fernando dos Santos Limas, said he had 'no doubt' Odebrecht and Andrade Gutierrez led what he called a 'cartel' that overcharged Petrobras for work and passed on the excess funds to executives and politicians.

"While the arrests were somewhat expected, they nevertheless raised hopes among Brazilians that the investigation would not spare some of the most powerful people in a country where the wealthy have enjoyed relative impunity.

"Neither Azevedo nor Odebrecht have been formally charged and it was not clear how long they would be detained. Arrests of other top Brazilian executives resulted in months-long pre-trial incarceration."

The news service says the ongoing probe of alleged corruption at Petrobras has led to indictments of more than 100 people and implicated dozens of politicians, many of them from President Dilma Rousseff's Worker's Party.

Rousseff is a former chairwoman of the Petrobras board. She has not been implicated and has denied involvement in the scandal.

Brazil's comptroller general has been investigating some two dozen construction firms that are accused of having offered about $2.1 billion in bribes.

"Odebrecht said in an e-mailed statement that its offices in Sao Paulo and Rio de Janeiro had been searched and that arrest warrants had been carried out.

"Andrade Gutierrez in an e-mailed statement said it was aiding in the police investigation and denied any involvement in relation to the so-called Car Wash operation, referring to investigations into a scheme of alleged kickbacks on service contracts at state-run oil company Petrobras."