Accessibility links
Administration Proposes New Truck Emissions Rules To Reduce CO2 : The Two-Way The new rules, yet to be finalized, were expected to cut greenhouse gas emissions by a quarter by the year 2027. 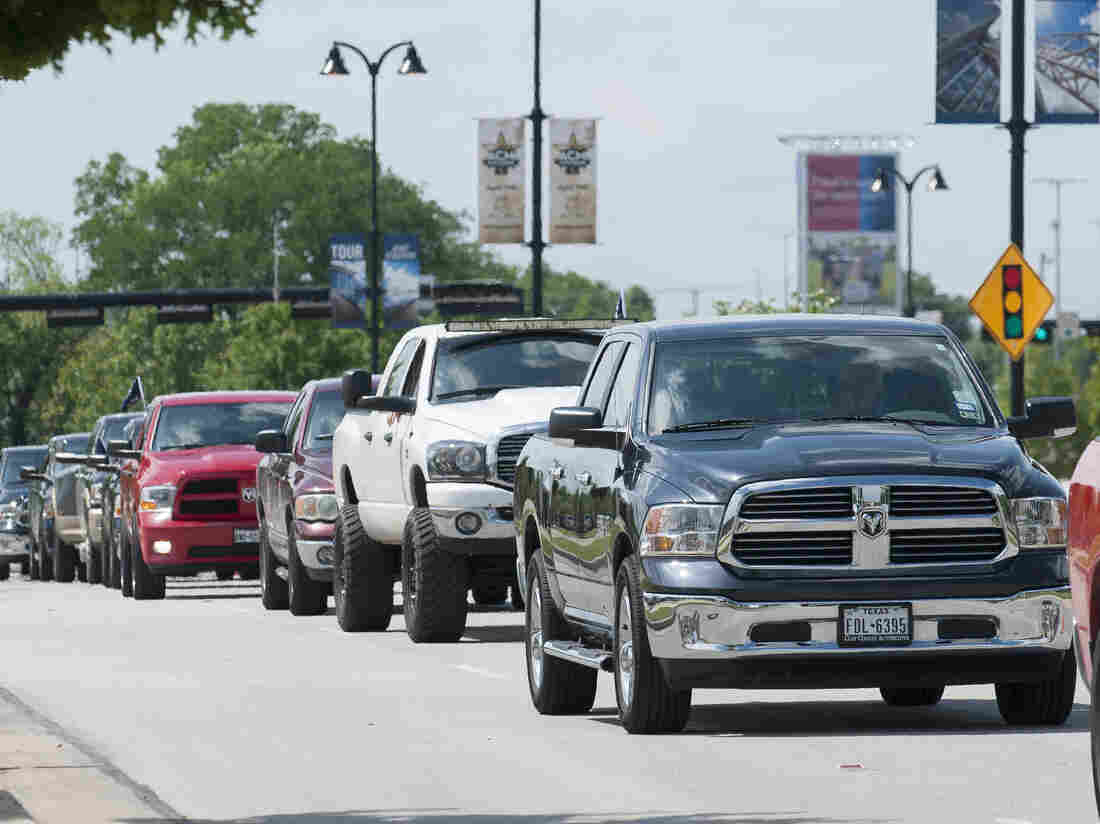 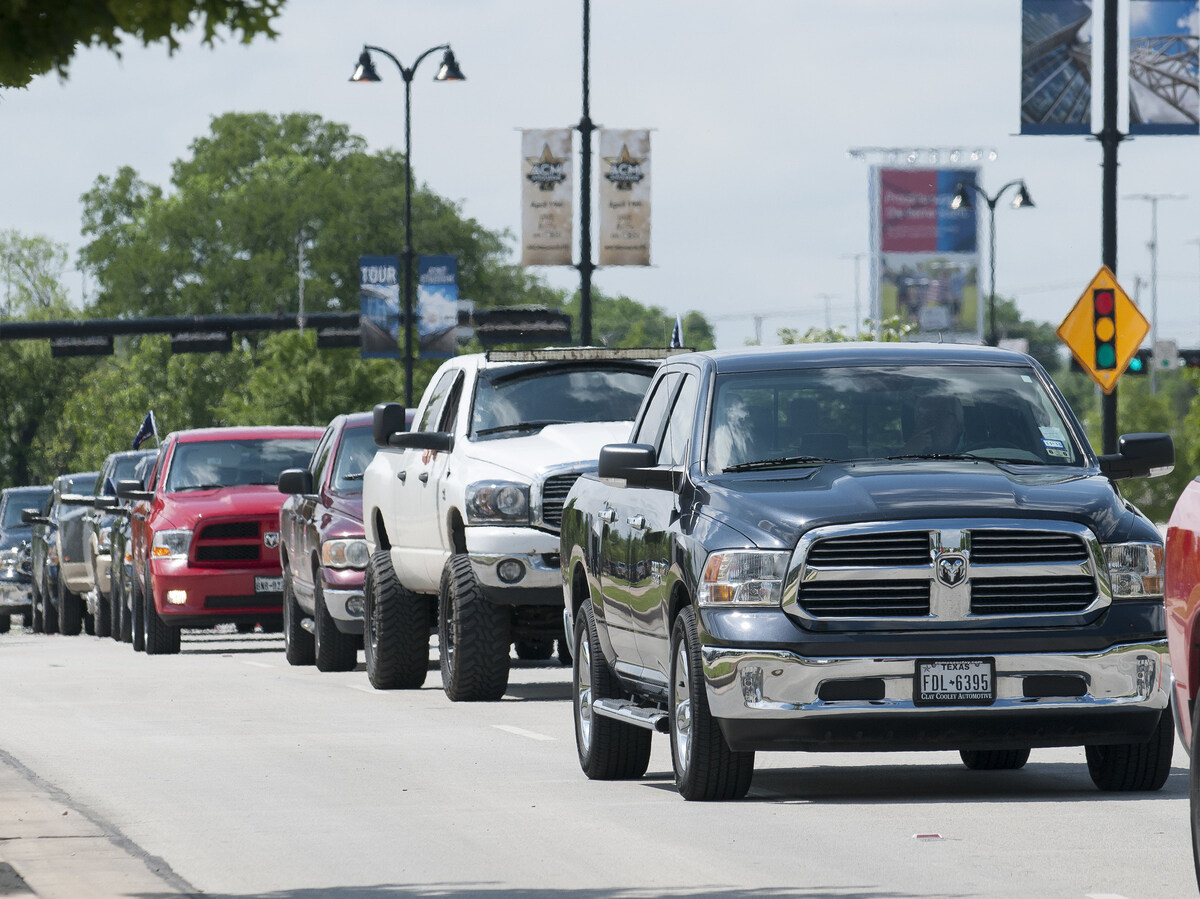 Ram Trucks parade near AT&T Stadium in April. The EPA and Department of Transportation has proposed stricter emissions guidelines for medium and heavy-duty trucks.

The Obama administration announced new rules today that would require tighter emissions guidelines for medium and heavy-duty trucks in an effort to reduce greenhouse gases.

The rules, proposed by the Environmental Protection Agency and the Department of Transportation's National Highway Traffic Safety Administration (NHTSA), were expected to cut carbon dioxide emissions from trucks and vans by one-quarter by the year 2027.

By the end of the compliance period, the changes would "lower CO2 emissions by approximately 1 billion metric tons, cut fuel costs by about $170 billion, and reduce oil consumption by up to 1.8 billion barrels over the lifetime of the vehicles sold under the program. These reductions are nearly equal to the greenhouse gas (GHG) emissions associated with energy use by all U.S. residences in one year. The total oil savings under the program would be greater than a year's worth of U.S. imports from the Organization of the Petroleum Exporting Countries (OPEC)," according to an EPA-DOT statement.

"Once upon a time, to be pro-environment you had to be anti-big-vehicles. This rule will change that," Transportation Secretary Anthony Foxx said. "In fact, these efficiency standards are good for the environment – and the economy. When trucks use less fuel, shipping costs go down. It's good news all around, especially for anyone with an online shopping habit."

Foxx called the change in rules "good news all around."

Glen Kedzie, vice president at the American Trucking Association, was not entirely enthusiastic.

"It's a good thing for our companies with certain caveats," he said. "We want to see a return on our investment within 18 months with anything that we purchase that we put on a tractor or trailer."

And, the president of the Natural Resources Defense Council praised the aim of the new rules but said that waiting until 2027 to fully implement the change was too long. "We will be pushing the administration to require compliance sooner, in order to deliver these benefits more quickly," Rhea Suh said.

The proposed changes, which are open to public comment for at least two months, were expected to be finalized next year.