Accessibility links
'Speed,' Galápagos Tortoise Who Came To San Diego In 1933, Dies At 150 : The Two-Way The giant reptile was taken from Isabela Island in Ecuador's Galápagos archipelago as part of an early effort to sustain the species, which is native only to the remote Pacific island chain. 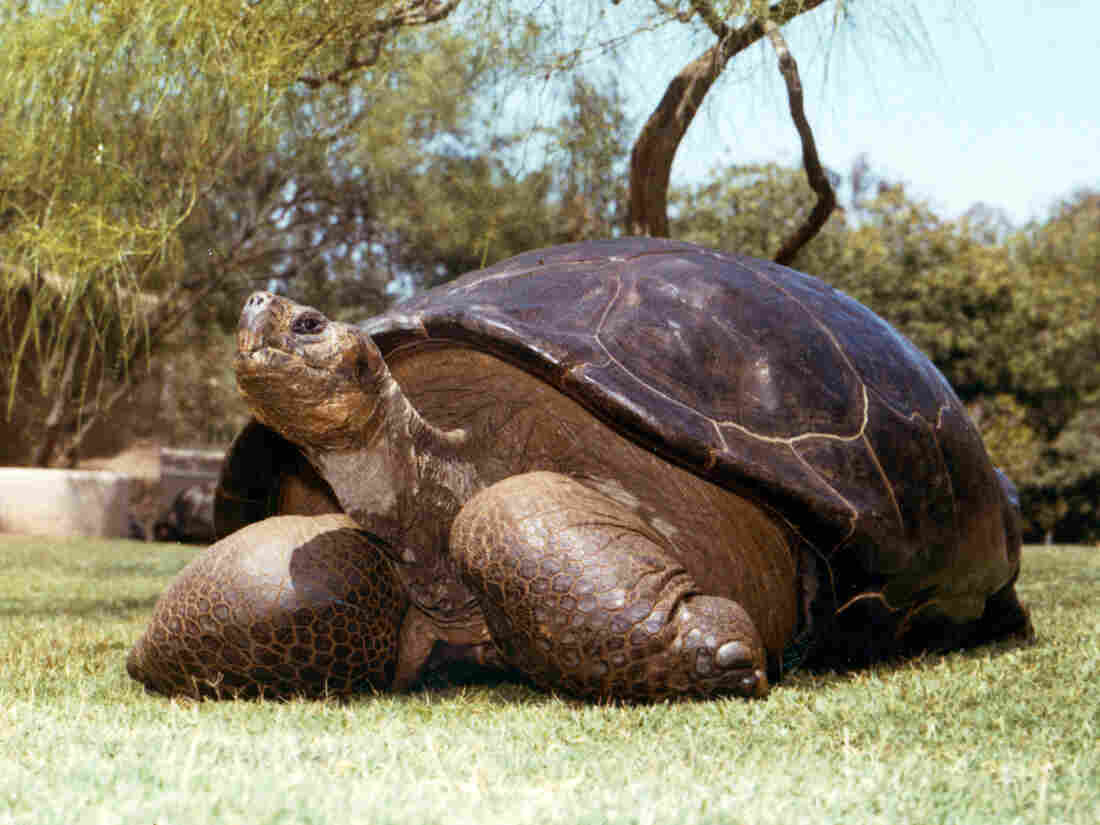 This undated photo from the San Diego Zoo shows Speed, a Galapagos tortoise that has been at the zoo since 1933. The zoo reported Friday that Speed had been euthanized at an estimated age of more than 150 years. AP hide caption 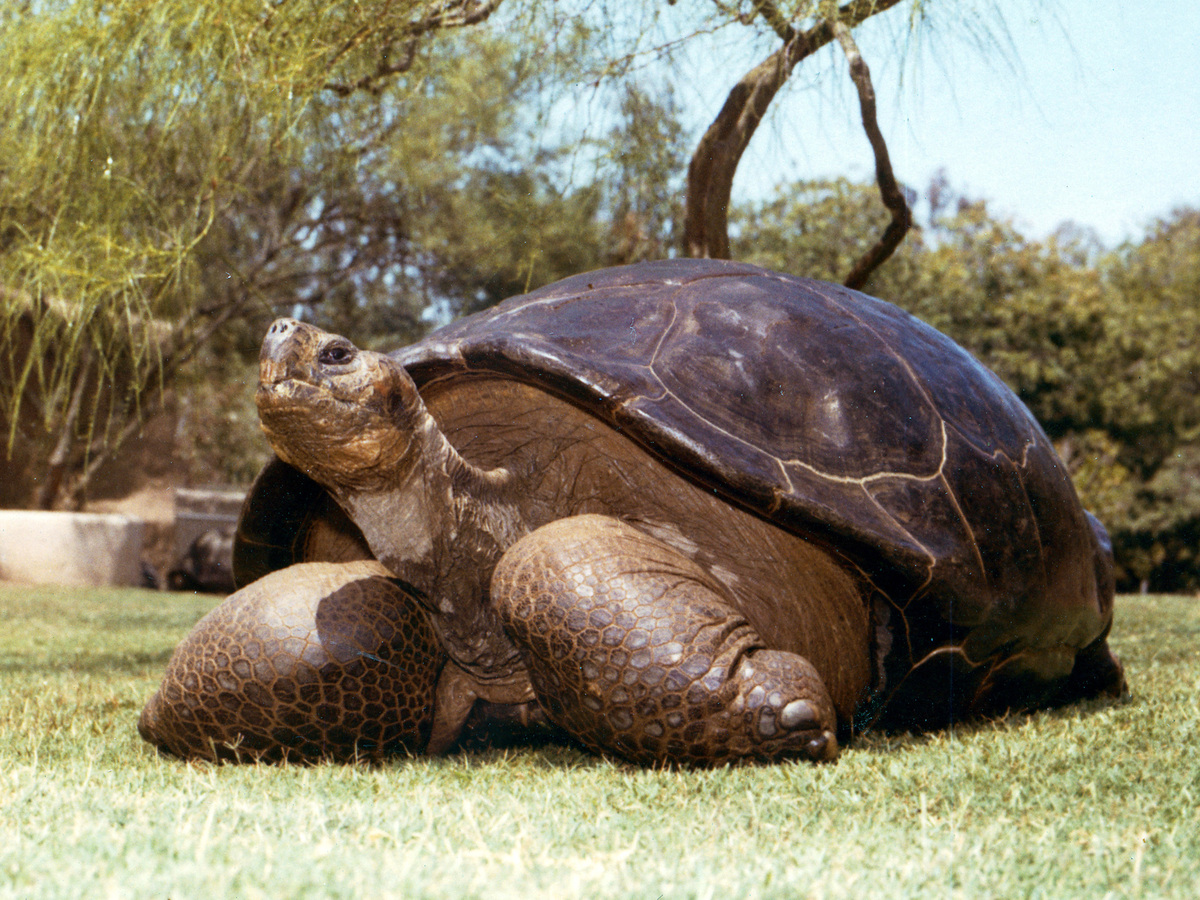 This undated photo from the San Diego Zoo shows Speed, a Galapagos tortoise that has been at the zoo since 1933. The zoo reported Friday that Speed had been euthanized at an estimated age of more than 150 years.

A rare Galápagos tortoise, known affectionately as "Speed," has died at the San Diego Zoo — his home of more than eight decades. He was (approximately) 150.

After suffering for years from arthritis and other problems, which the zoo staff sought "to treat with medication, hydrotherapy, physical therapy, even acupuncture," according to The Los Angeles Times, "a decision was made on Friday to euthanize Speed."

Speed came to the zoo in 1933 from Isabela Island in the Galápagos chain off Ecuador as part of an early effort to preserve the endangered species. The giant tortoises reside only in the Pacific islands that were made famous for helping to inspire Charles Darwin's theory of evolution by natural selection.

According to the LA Times: "For years Speed and other Galápagos tortoises resided at the Children's Zoo, where youngsters were allowed to ride them. (A practice long since abandoned)."

Later, in 2010, along with 13 other Galápagos tortoises, he was moved to a new $1 million habitat near the reptile house at the zoo.

According to the San Diego Zoo's website, male Galápagos tortoises can weigh more than 500 pounds, while females can reach about half that size. They represent a classic example of "island gigantism," a phenomenon that results from isolation. When species colonize islands and enjoy comparatively few, if any predators, they tend to evolve larger bodies.

"There are two types of Galápagos tortoises. The largest, with big, round shells, are called 'domes.' The smaller kinds of tortoises have shells that curl up in front like a saddle and are called 'saddlebacks,' " the zoo says.

The "sesquicentarian" Speed was pretty much at the upper age limit for a Galápagos tortoise, which more commonly lives to be about 100 years.

Some readers of The Two-Way might remember Lonesome George — the last of his particular subspecies — who died at about 100 in 2012 on his native Pinta Island in the Galápagos archipelago. NPR's science maestro wrote a musical memorial for Lonesome George that's worth reprising here: