Accessibility links
Man Who Created The Pink Plastic Lawn Flamingo Dies : The Two-Way Donald Featherstone modeled the lawn ornament after images he saw in National Geographic. "Things I did made people happy, and that's what life is all about," he said in 2006. 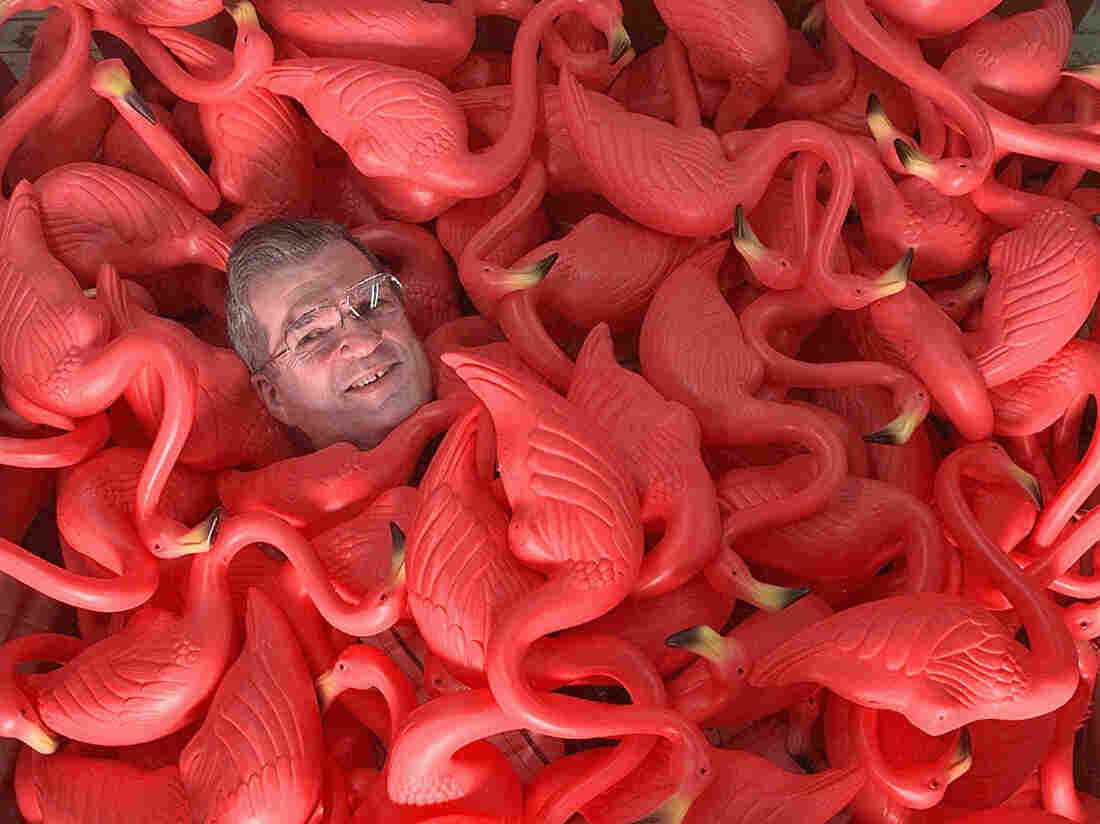 The flamingo ornament was one of hundreds of items that Donald Featherstone made for the Union Products plastics company. Amy Sancetta/AP hide caption 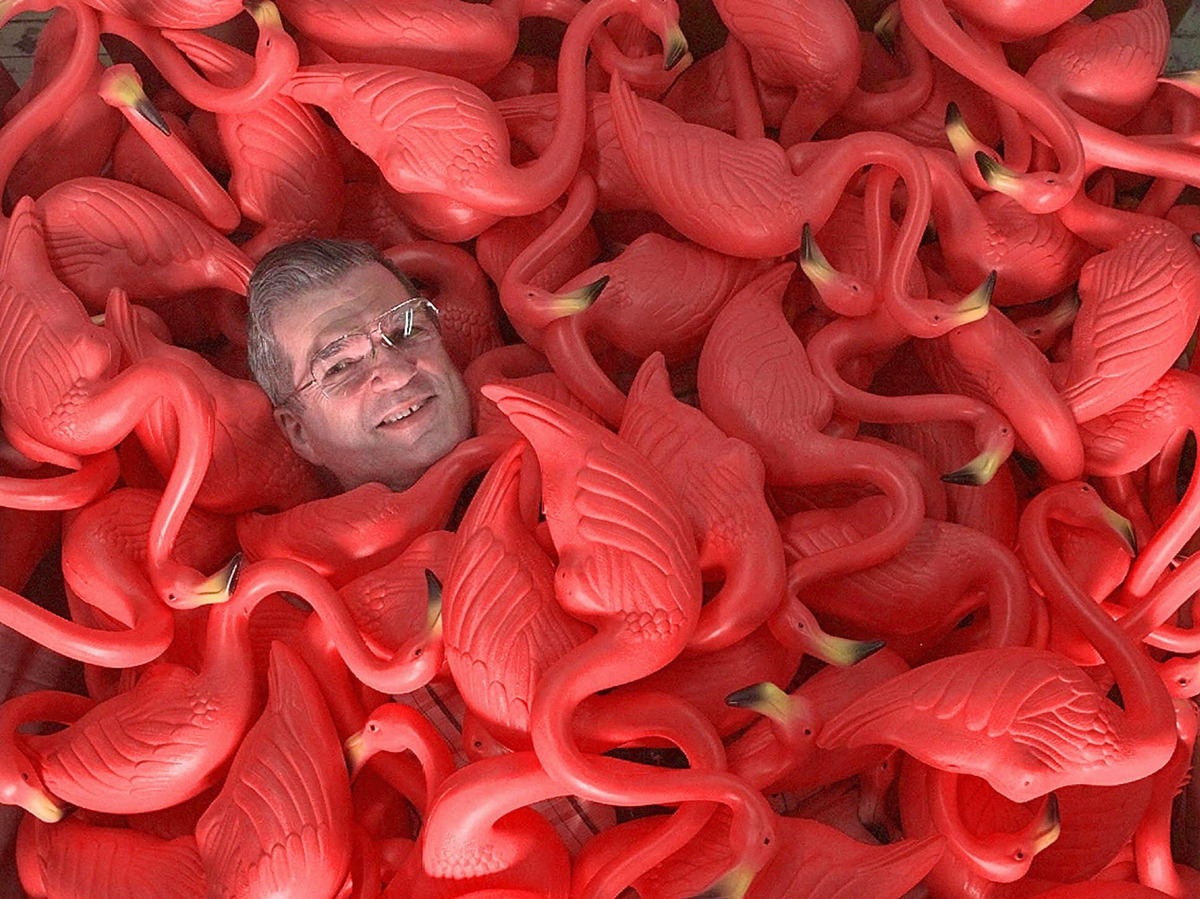 The flamingo ornament was one of hundreds of items that Donald Featherstone made for the Union Products plastics company.

If you've got a plastic pink flamingo on your lawn, give it a pat on the back. The man who designed the lawn art, Donald Featherstone, has died. He was 79.

His wife, Nancy, tells The Associated Press that Featherstone died Monday and that he had battled Lewy body dementia.

A trained sculptor with a background in classical art, Featherstone created the now-ubiquitous pink flamingo in 1957, based on a photo he saw in National Geographic. The flamingo ornament was one of hundreds of items he made for the Union Products plastics company in Leominster, Mass. The AP reports that Featherstone spent 43 years with the company, "rising to the position of president before his retirement in 1999."

Featherstone gave an interview to the Leominster Champion in 2006 and talked about how he got his start:

" 'A friend of mine worked at the Worcester Art museum. He got a call from Union Products asking if they knew anyone who could sculpt and design plastic items. They were making flat plastic ornaments at first and were looking to go three dimensional,' he recalled.

"[Featherstone] took the job after, 'a great fear of starving to death. My friend said plastic places will prostitute my work and I'd make no money, but it was worth a try.'

"The first items Union Products had him work on were a girl with a water can and a dog with a boy.

" 'Then they asked me to work on a duck, so I went to buy a real duck to study. I named him Charlie. When I had the plastic duck done, set him free in Cogshall Park. They then asked me to do a flamingo,' he said.

" 'You can't go locally and buy a flamingo, so I got some books, and one that had some good shots was National Geographic. I made the silhouette, then put on the clay and that's how it all got started.' "

Nancy Featherstone told The Guardian in 2013 that she and her husband had worn matching outfits for 35 years. At first, she said, they wore matching tops that Nancy made herself. 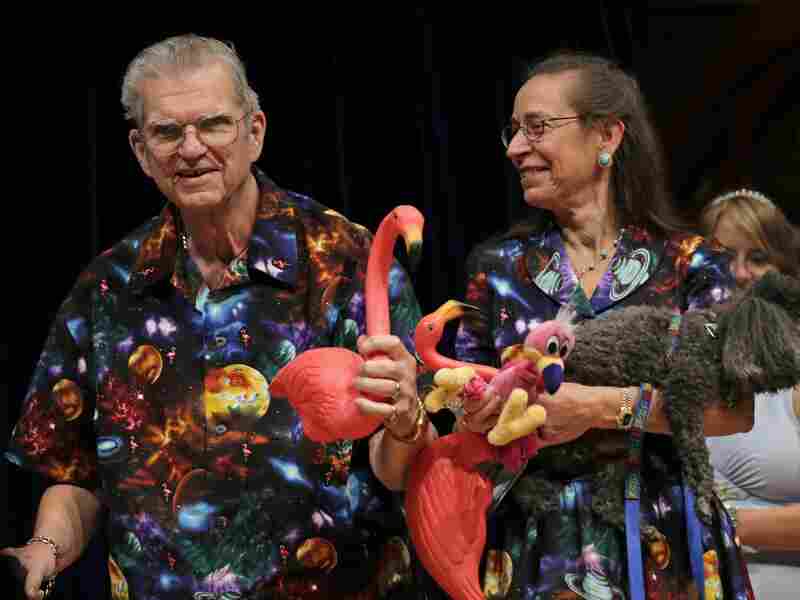 Featherstone and his wife, Nancy, in one of their matching outfits. Charles Krupa/AP hide caption 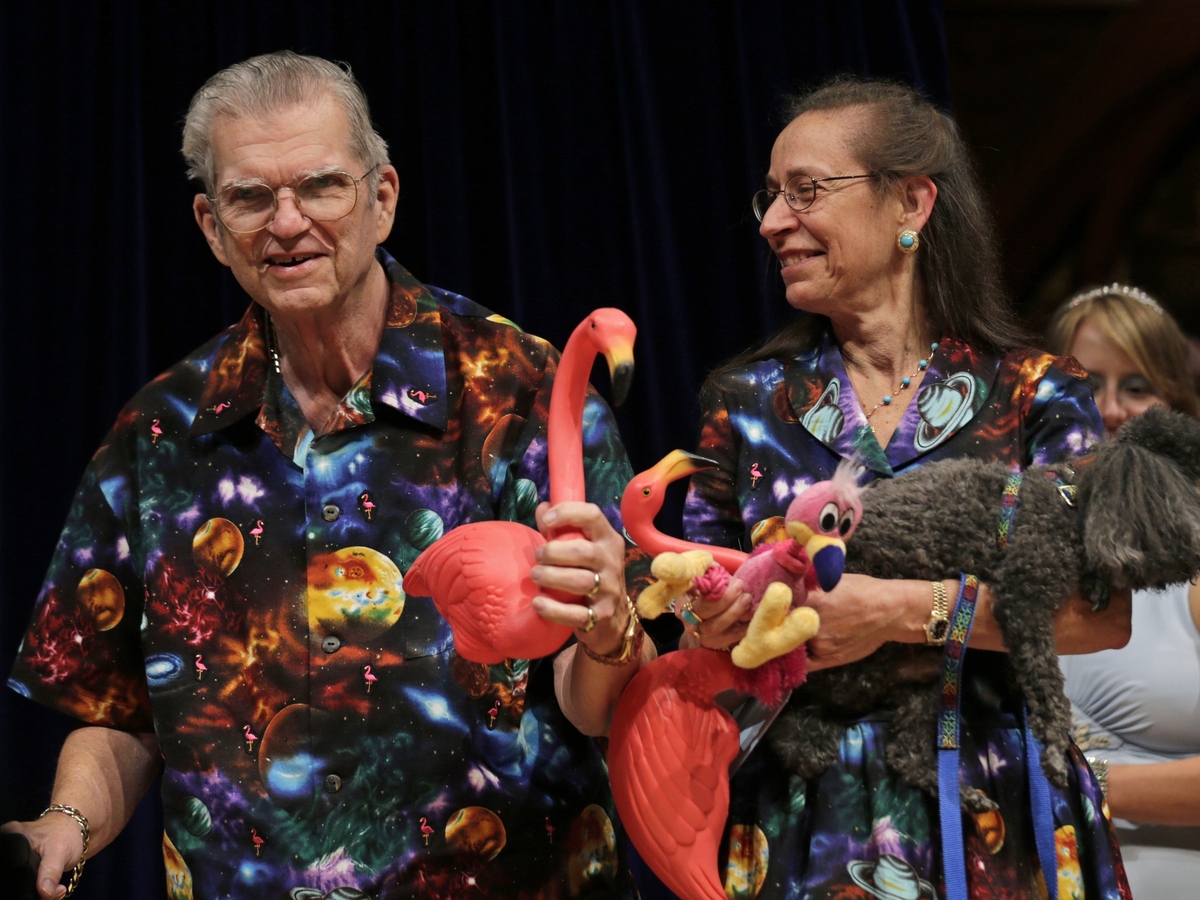 Featherstone and his wife, Nancy, in one of their matching outfits.

"Then Donald suggested I make our bottom halves match, too, so we started amassing a whole wardrobe of clothes," she told the newspaper. "Initially we matched only at weekends, but as I grew adept at making more complex garments, such as jackets, sweaters and coats, we decided to go full-time with our identical look. We never needed to go clothes shopping again."

"I loved what I did, it's all happy things. You have to figure, my creations were not things people needed in life, we had to make them want them. Things I did made people happy, and that's what life is all about."