Accessibility links
Alabama Governor Orders Removal Of Confederate Flags From Capitol : The Two-Way The decision is part of a growing backlash against symbols of the Confederacy following last week's racially motivated mass shooting at a black church in South Carolina. 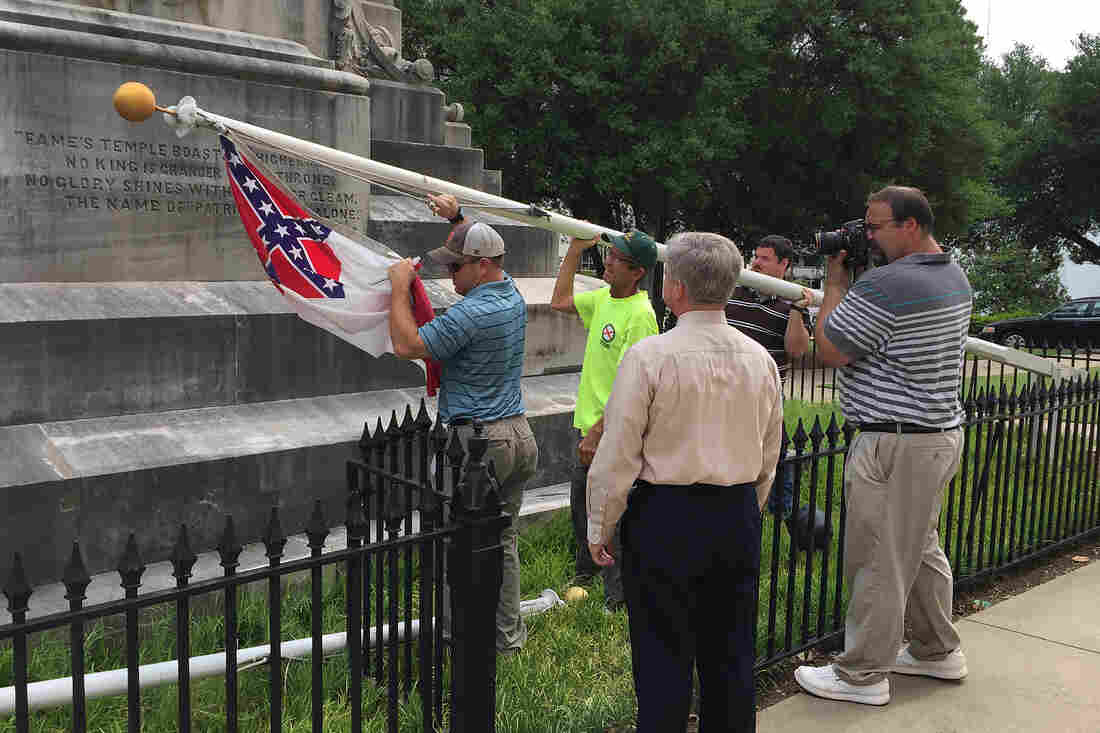 State workers take down a Confederate national flag on the grounds of the state Capitol on Wednesday in Montgomery, Ala. Martin Swant/AP hide caption 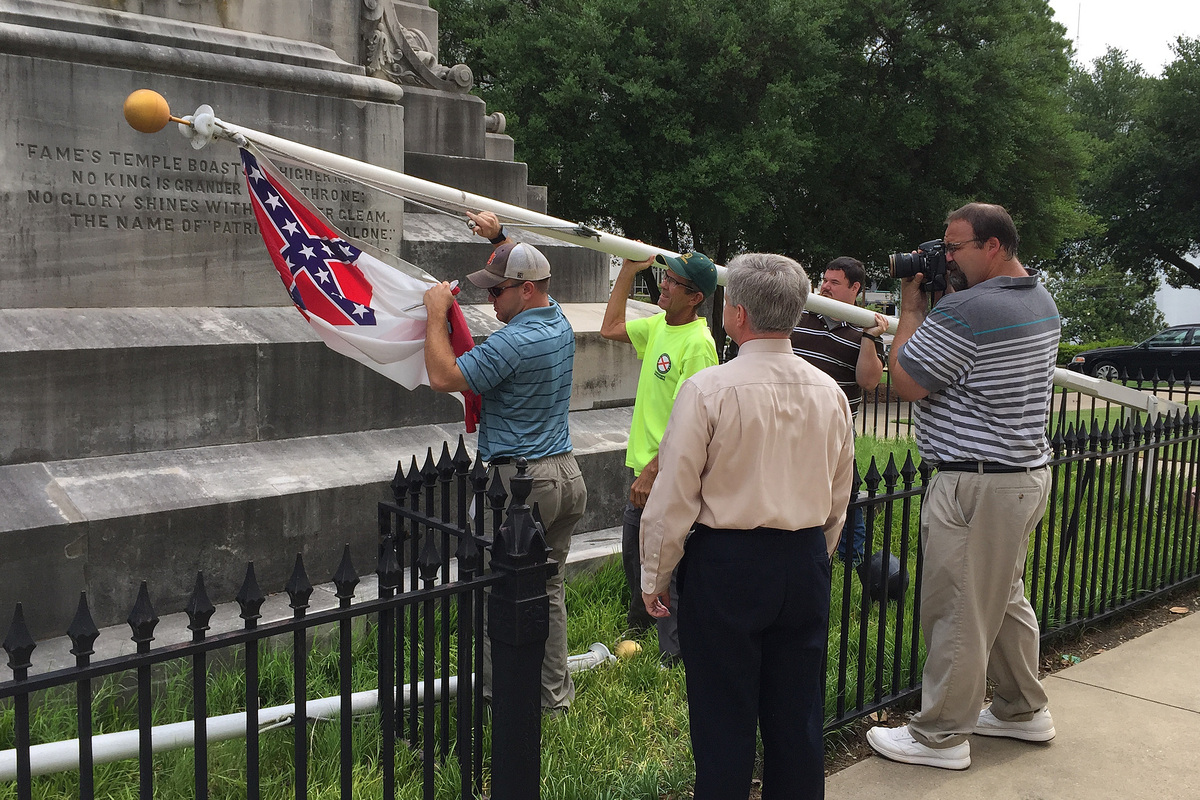 State workers take down a Confederate national flag on the grounds of the state Capitol on Wednesday in Montgomery, Ala.

The Confederate battle flag and three other symbols of the Confederacy were taken down Wednesday from the Capitol grounds in Montgomery, Ala., after their removal was ordered by Gov. Robert Bentley amid a growing backlash against the symbols following last week's racially motivated mass shooting at a black church in South Carolina.

Two workers walked out of the Capitol building and took the flag down shortly after 8 a.m. without any fanfare. Bentley told AL.com it was his decision to bring the flag down, calling it "the right thing to do." AL.com adds:

"Bentley said before he made the final decision he checked to see if there were any impediments in the law or state policy that would prevent him from taking down the flag and found none, so he acted."

Dan Carsen of member station WBHM in Birmingham tells our Newscast unit that Bentley said he didn't want the flags to become a distraction as Alabama grapples with issues including a massive budget deficit. Dan adds:

"The four flags removed from the memorial were the first, second and third national confederate flags, and the better-known battle flag. They were put up in the early '90s after then-Gov. Jim Folsom removed the battle flag from the state Capitol."

Reporter MacKenzie Bates of Alabama Public Radio notes Montgomery was named the first capital of the Confederate States of America in 1861 before the capital was moved to Richmond, Va. The first White House of the Confederacy sits across the street from the Capitol.

The move comes a day after the South Carolina House voted to allow debate on removing the battle flag from outside the Statehouse. Any changes to the flag in that state requires a two-thirds vote in the House and Senate.

Efforts to remove symbols of the Confederacy are also underway in Mississippi, Virginia, Kentucky, Tennessee and other parts of the former Confederacy.