Accessibility links
Dzhokhar Tsarnaev Apologizes To Victims, Families Of Boston Marathon Bombing : The Two-Way The judge imposed the death penalty on Tsarnaev shortly after the convicted bomber's first remarks in public since the 2013 attack that killed three people and left 264 others wounded. 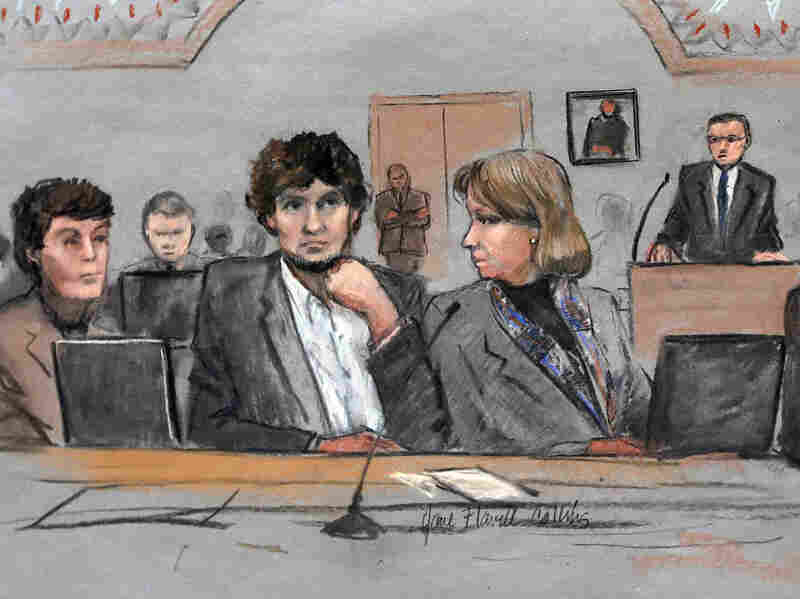 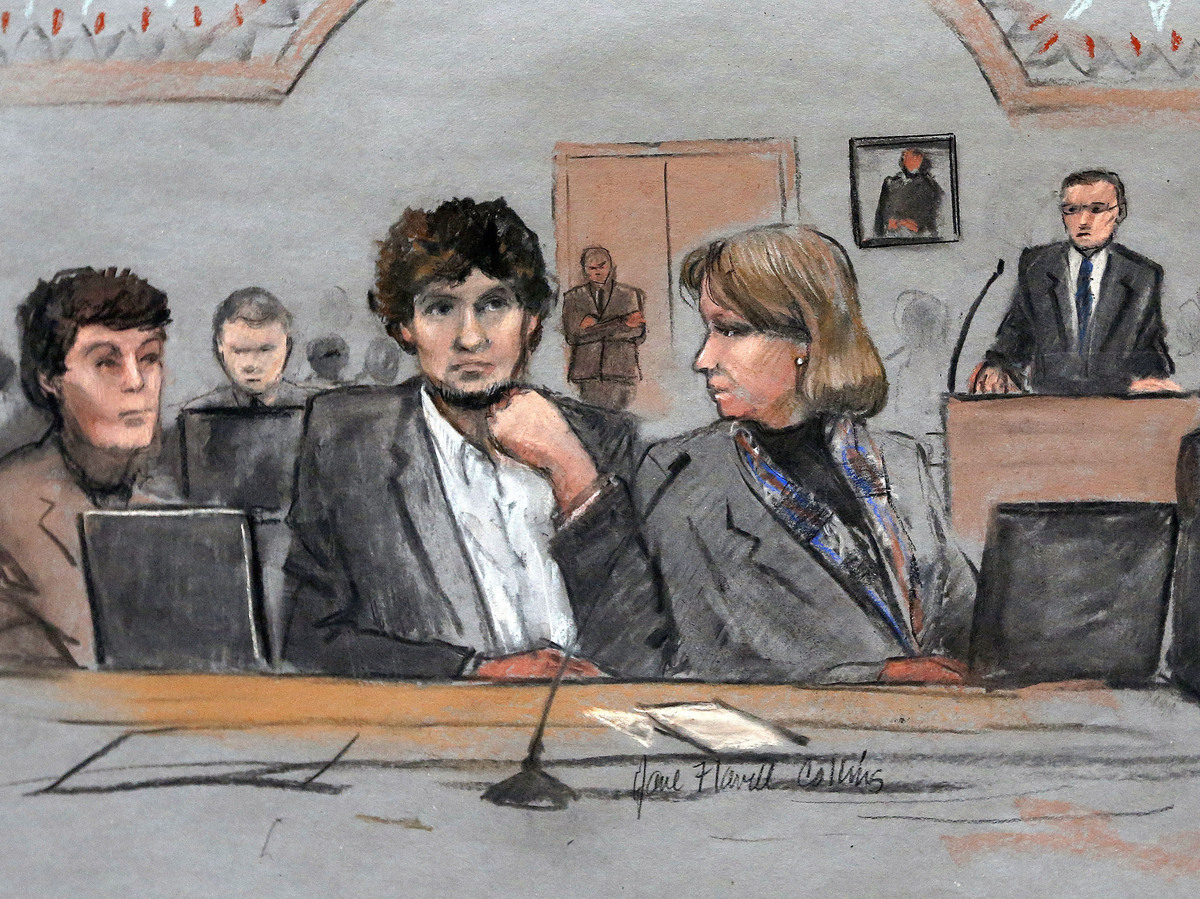 In this courtroom sketch, Dzhokhar Tsarnaev (center) is depicted between defense attorneys Miriam Conrad (left) and Judy Clarke during his federal death penalty trial on March 5.

Convicted Boston Marathon bomber Dzhokhar Tsarnaev broke his silence Wednesday and apologized to the victims and the survivors of the deadly 2013 attack.

"I am sorry for the lives that I've taken, for the suffering that I've caused you, and the damage that I've done," he said Wednesday during his sentencing hearing.

The remarks are Tsarnaev's first in public since the attack that killed three people and left 264 others wounded. He was found guilty of the bombing on April 8; the jury gave him the death penalty May 15.

He added: "I ask Allah for mercy for me and for my brother," Tamerlan.

Tsarnaev also thanked his attorneys and those who testified on his behalf, but added: "I am guilty of [the bombings], along with my brother, if there is any lingering doubt."

Here's the background to the case, as reported by NPR's Eyder Peralta at the time of the guilty verdict in April:

"A jury in Boston has found 21-year-old Dzhokhar Tsarnaev guilty on all counts related to the 2013 bombings of the Boston Marathon. The twin bombings, carried out with his older brother, Tamerlan, killed three people and left 264 others wounded.

"The jury convicted Tsarnaev on all charges, ranging from carjacking to using a weapon of mass destruction resulting in death. Tsarnaev was found guilty in the deaths of Krystle Campbell, Lingzi Lu and 8-year-old Martin Richard during the bombings as well as for the death of MIT police officer Sean Collier during a shootout that ensued after the bombings. Seventeen of the 30 counts can carry the death penalty."

Imposing the sentence, Judge O'Toole called the jury's verdict "rational based on the evidence."

"Whenever your name is mentioned, all that will be remembered is the evil you have done," he told Tsarnaev before sentencing him to death.

Tsarnaev will be taken to Terre Haute, Ind., to the federal government's death row. An appeals process is likely to take years.

Our friends at WBUR are in the courtroom and tweeting his remarks. You can see them here: