Accessibility links
OPM Chief Again Grilled On Data Hack : The Two-Way Katherine Archuleta says she is "not comfortable" with estimates that more than 18 million current and former federal workers could be affected. 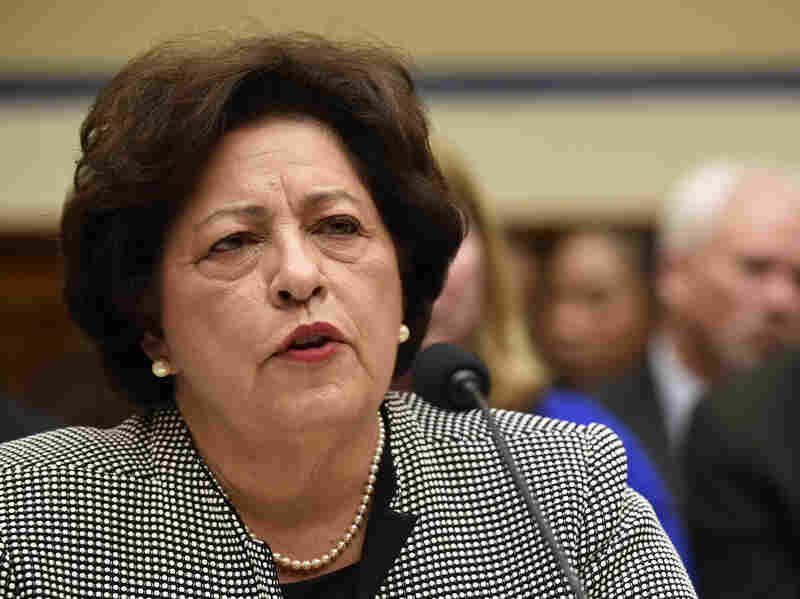 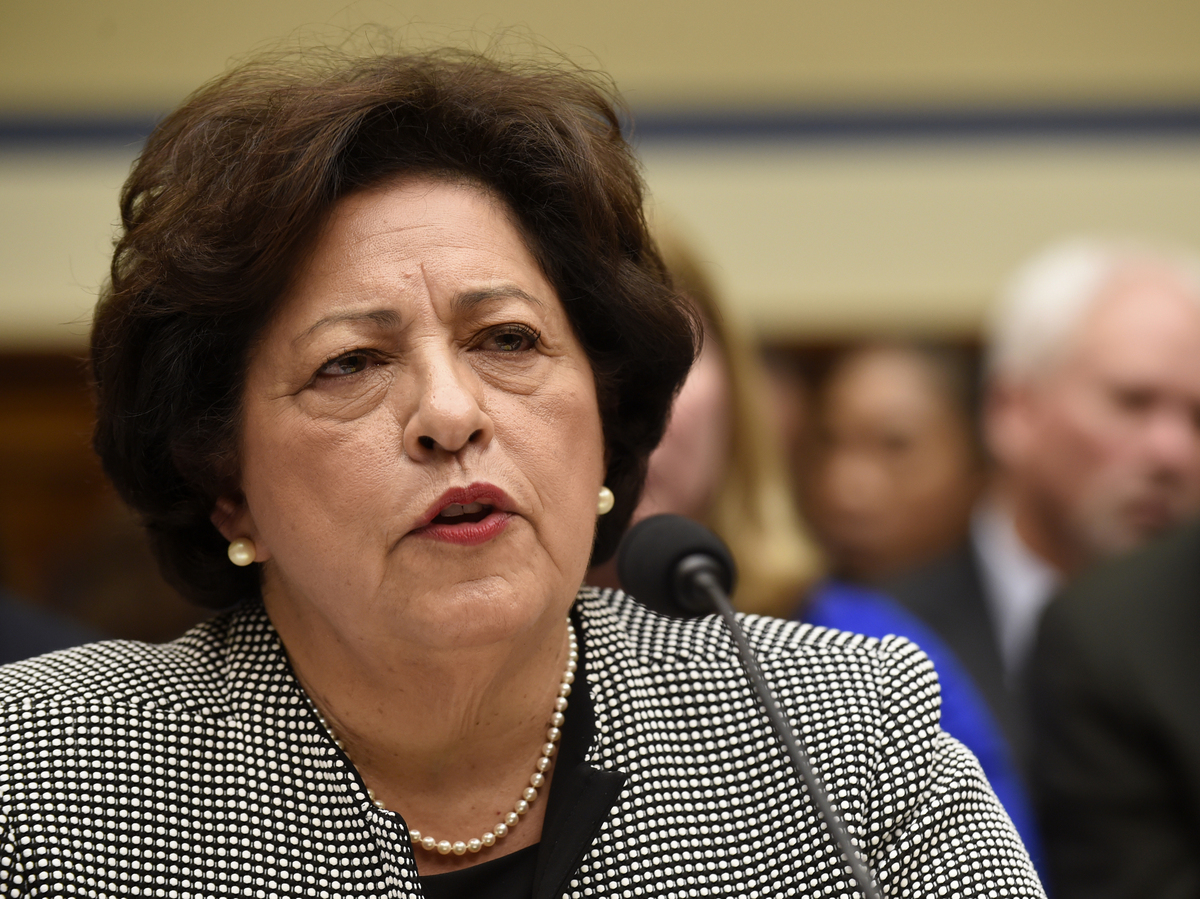 The director of the Office of Personnel Management underwent another grilling Wednesday, this time from members of the House Oversight and Government Reform Committee. Katherine Archuleta sat for more than three hours as lawmakers questioned her competence and her estimates of how many government workers may have had their data breached in the hacking of OPM's computers discovered this spring.

NPR, along with other news organizations, has reported the hack may have exposed the personal data of more than 18 million current and former government workers. But Archuleta told lawmakers that 18 million "refers to a preliminary, unverified, and approximate number of unique Social Security numbers," adding "it is a number that I am not comfortable with."

Archuleta stood by earlier estimates that 4.2 million current and former government employees' data was exposed. Committee chairman Jason Chaffetz, R-Utah, wondered if the number "could be as high as 32 million."

That was a reference to OPM's budget request in which it stated it has records for 32 million current and former employees.

Archuleta reiterated that she was not going to "give you a number that I am not sure of."

But Gerald Connolly, D-Va., came to Archuleta's defense, saying "it's easy to make a scapegoat out of somebody," but what the government is facing is "a much bigger threat than a management snafu."

Connolly said the U.S. is "facing a systematic, organized, financed, pernicious campaign by the Chinese government ... to penetrate our cyber world."

Blaming Archuleta for the breach, he said, "is to miss the big picture."

Archuleta faces another hearing Thursday, her third this week, when she is scheduled to appear before the Senate Homeland Security and Governmental Affairs committee.