Accessibility links
From Ice Cream To Ian McKellen: Reactions To Same-Sex Marriage Ruling : The Two-Way There was jubilation among supporters of same-sex marriage after the Supreme Court declared it legal in all 50 states. We've rounded up some of the best reactions. 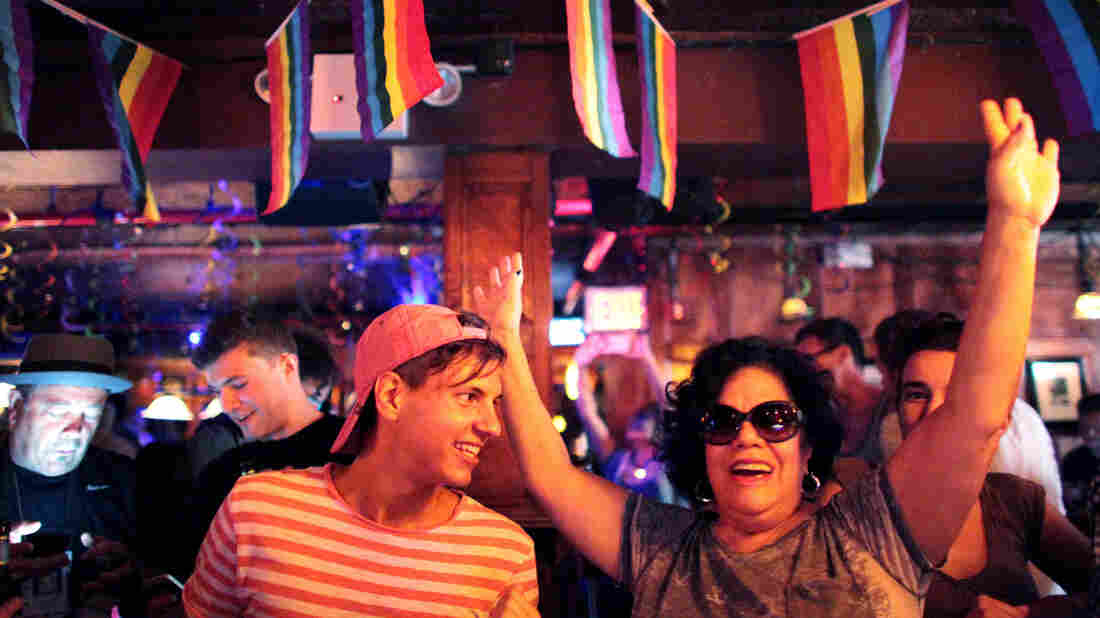 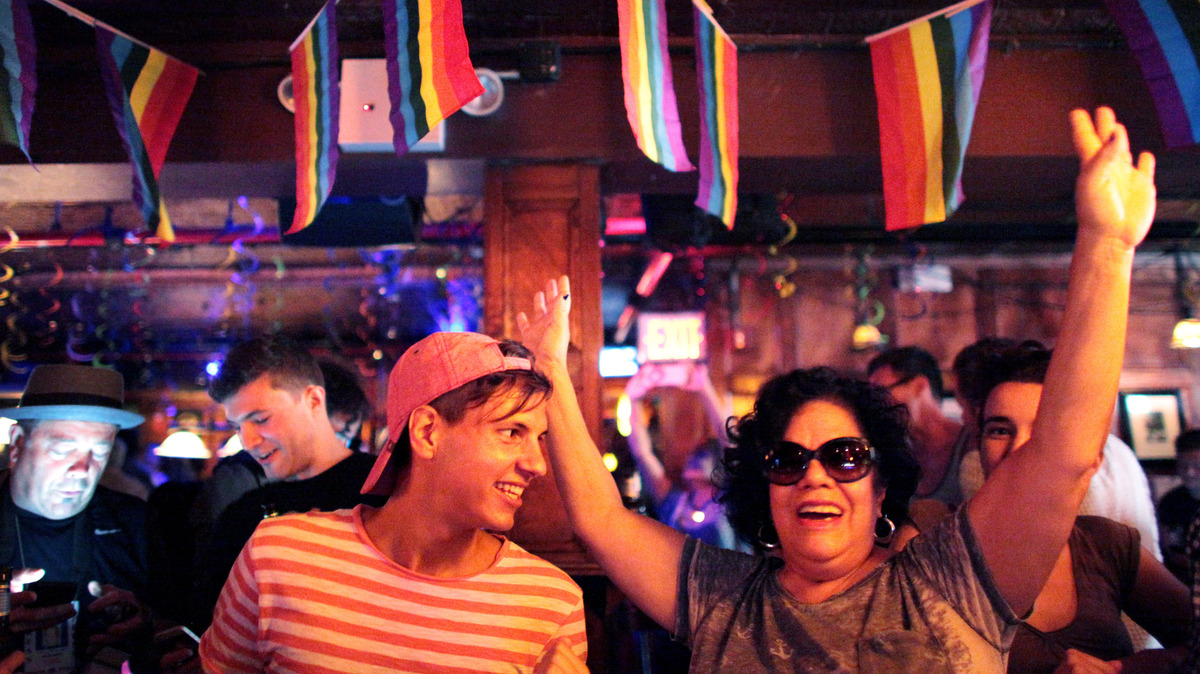 People celebrate inside the Stonewall Inn, an iconic gay bar recently granted historic landmark status, after the U.S. Supreme Court ruled same-sex couples have the right to marry in all 50 states.

There was jubilation among supporters of same-sex marriage Friday, after the Supreme Court ruled that gay marriage is legal in all 50 states. We've rounded up some of the best reactions, below.

Ice cream makers Ben & Jerry's seemed to be poised for this moment, unveiling a new package for its popular Chocolate Chip Cookie Dough flavor — which was renamed "I Dough, I Dough."

In Dallas, the first gay couple to marry Friday were Jack Evans and George Harris, who've been together since 1961. Fox 4 News reports that they jokingly asked for a senior citizens discount. "We'd never thought we'd see the day," Harris tells member station KERA.

Jack & George are first gay couple to marry in Dallas. They've been together for 54 years... http://t.co/NiRLbUPvnA pic.twitter.com/64kgc6ZuPj

Comedian Margaret Cho, who has been a vocal supporter of marriage equality, also celebrated the moment, with an image showing Liberty and Justice in an embrace.

After President Obama called the ruling "a victory for America," the White House tweeted an image of the iconic building in the colors of the rainbow.

"This ruling is a victory for America." —@POTUS #LoveWins pic.twitter.com/MbPKoTK7WK

Actors Ian McKellen and Derek Jacobi, who are serving as the grand marshals of this weekend's pride festival in New York City, celebrated while wearing T-shirts that recall the Stonewall Inn (the scene of a famous 1969 act of civil unrest that followed a police raid).

Emotions also ran high inside the Supreme Court. When the decision was announced, "it was quite an amazing reaction," NPR's Nina Totenberg tells Morning Edition.

Nina said, "In the court were lots and lots of lawyers who had worked for many years on the question of gay rights, gay marriage. There was crying, weeping. There was a lot of hugging when the court finally adjourned. I heard one person say, 'I can't believe it.' "