Accessibility links
Taiwan Water Park Fire Claims First Victim : The Two-Way A woman who suffered burns to 90 percent of her body has died. Investigators are looking at what caused powder sprayed from the stage during a performance to catch fire. Nearly 500 people were burned. 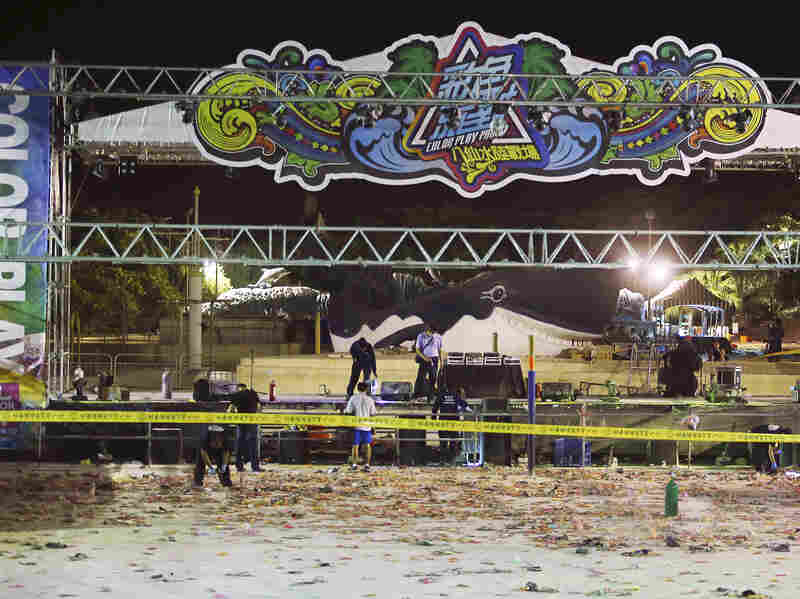 Police investigators inspect the stage area after an explosion during a music concert at the Formosa Water Park in New Taipei City, Taiwan, on June 28. AP hide caption 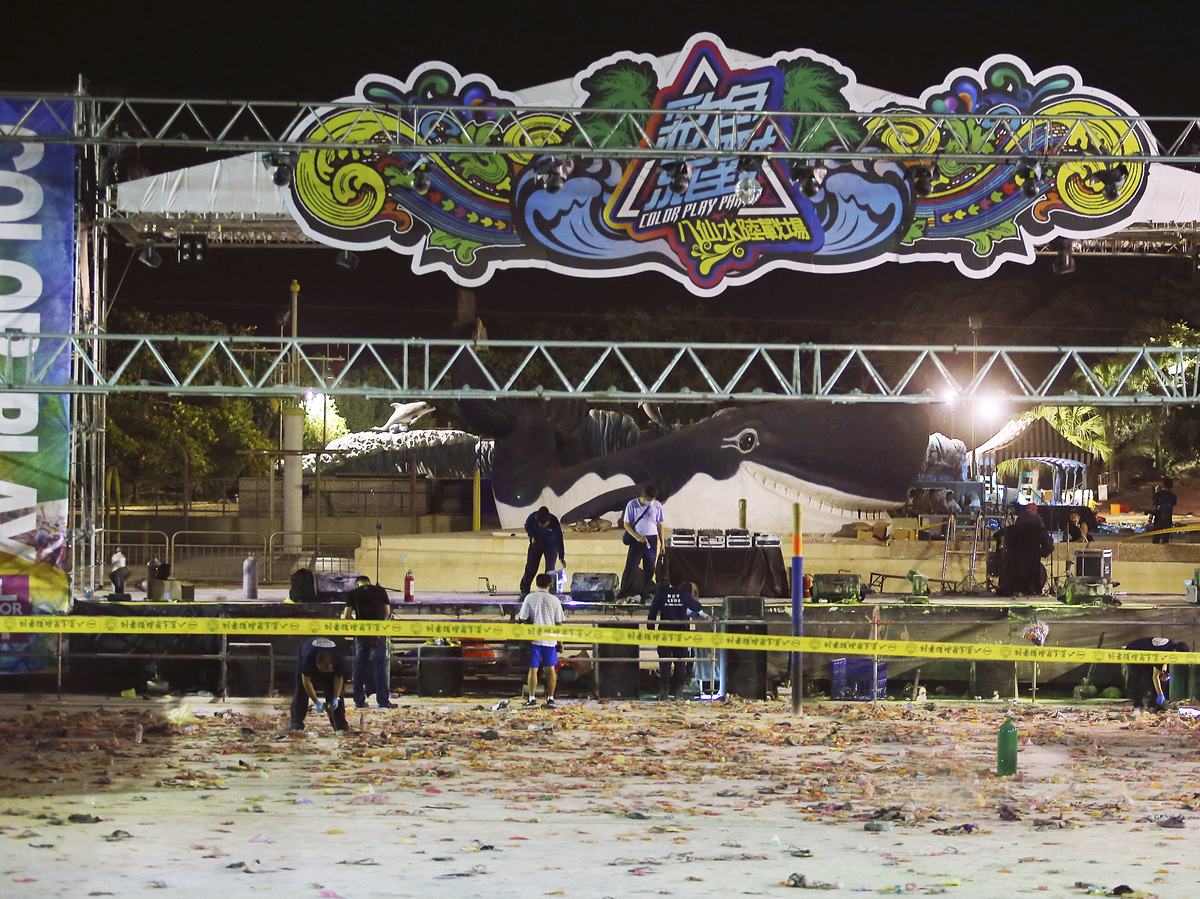 Police investigators inspect the stage area after an explosion during a music concert at the Formosa Water Park in New Taipei City, Taiwan, on June 28.

A 20-year-old woman who suffered burns to 90 percent of her body in Saturday's explosion at a music event in Taiwan has died, the first fatality in the disaster at the water park that burned 498 people. Investigators are still trying to determine what caused the colored powder sprayed from the stage during a rap performance to catch fire.

Taiwan's Central News Agency reported Monday that Lee Pei-yun, 20, would be taken off the ventilator. She had suffered second-degree burns. Her younger brother, 12, who sustained burns to 90 percent of his body, is being treated in the hospital, the news agency said.

Taiwan's Ministry of Health says that of the 498 people injured in the explosion at the Formosa Fun Coast park in suburban Taipei, 202 are in serious condition.

The Associated Press reports police recommended criminal charges against Lu Chung-chi, the organizer of Saturday's party, as well as two technicians. All were arrested, but later freed on bail. In public comments, Lu took full responsibility for the fire. The water park was ordered closed after the incident.

"It's still not clear what happened, but there were a number of people smoking and the weather was warm," New Taipei City news department head Lin Chieh-yu said.

Temperatures around greater Taipei topped 96.8 degrees before the party, The Associated Press reports. Investigators say they are focusing on the possibility that a cigarette butt or a spark caused the blaze.

Organizers of the event had bought 3 tons of the colored, starch-based powder from Tai Won, a Taiwanese company. A company representative told the AP the buyer was informed the powder was flammable.

"Whether it's corn starch or flour starch, this kind of stuff, no matter how long it's been around, if it's in dense quantities and if it's hot, it can catch fire," Chou Hui-fang, the representative, told the AP.

She said the company had been questioned by authorities in connection with the fire, but was not considered at fault, the AP added.