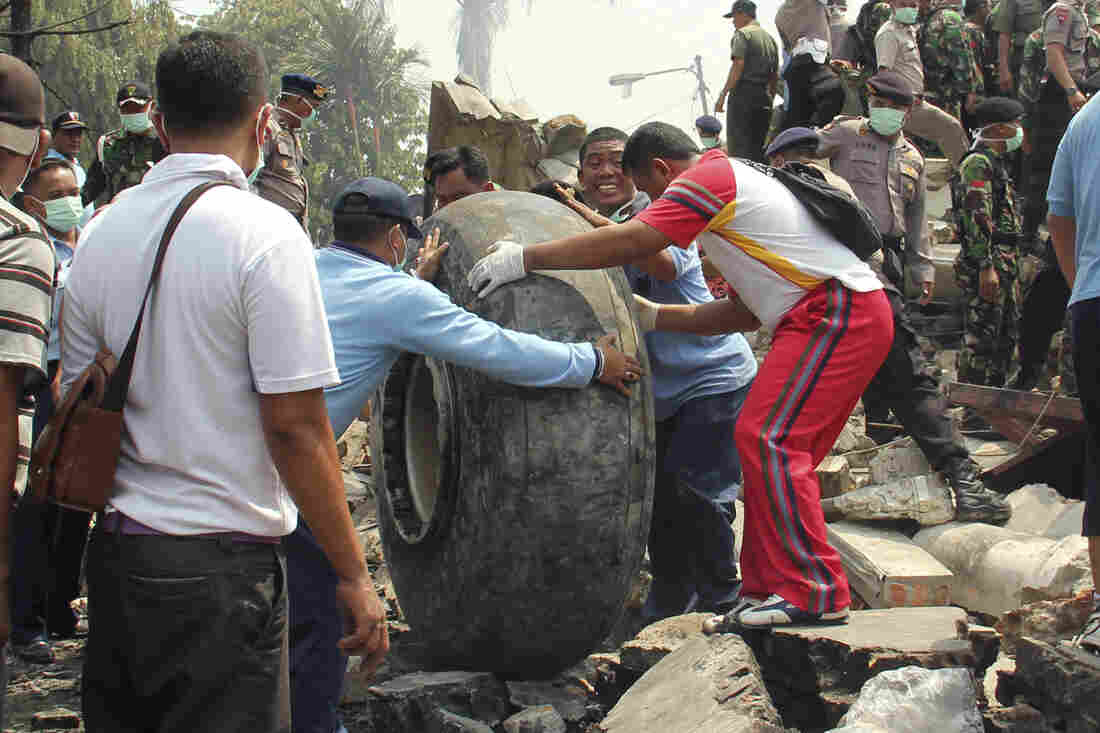 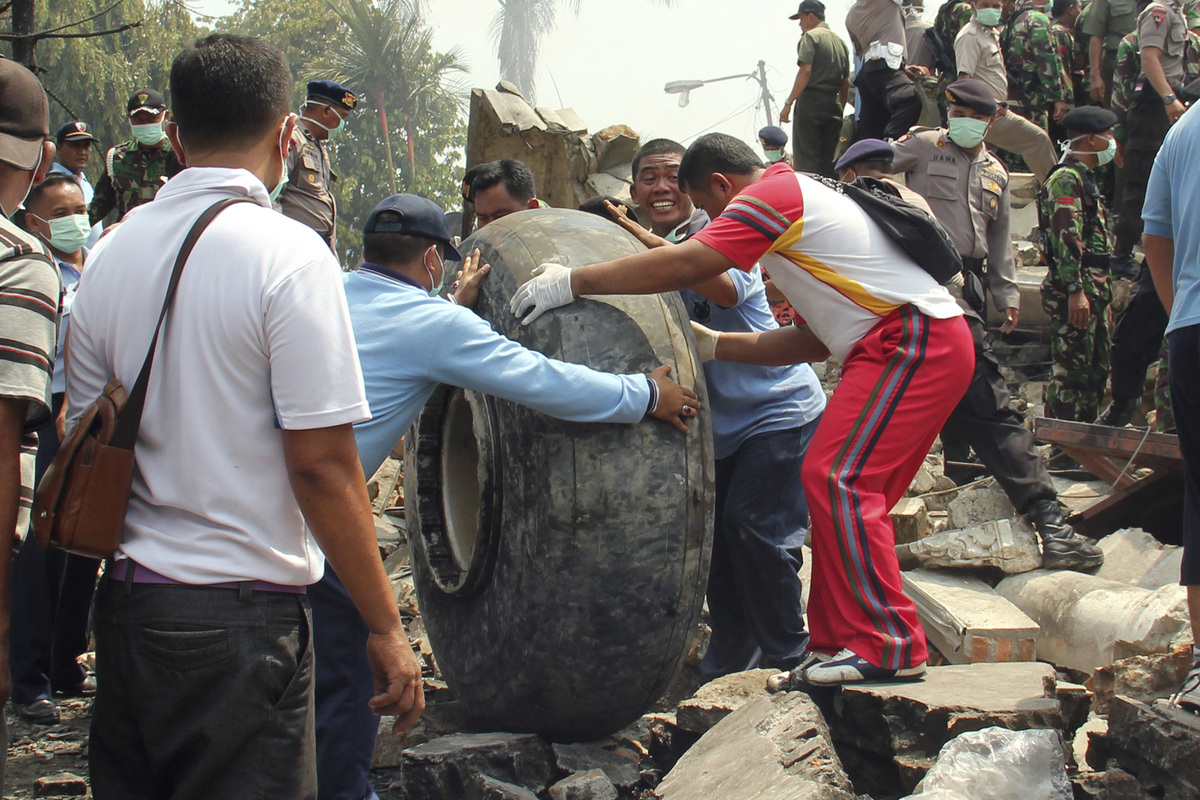 Military personnel remove an aircraft wheel at the site where an air force transport plane crashed in Medan, Indonesia, on Tuesday.

Dozens of people are dead after an Indonesian air force C-130 Hercules transport plane crashed into a residential area in Medan, the country's third-largest city, shortly after takeoff Tuesday. An Indonesian military spokesman put the toll at 74.

Air Force officials say there may have been more than 100 people on the plane that had traveled from the capital, Jakarta, and stopped at two other places before arriving in Medan. Some of the passengers were the relatives of military personnel, The Associated Press reported.

The transport plane, which had been in service since 1964, had just taken off from Soewondo Air Force Base. Supriatna said it was returning to the base because of engine trouble.

In 2005, a Mandala Airlines Boeing 737 crashed into a Medan neighborhood shortly after takeoff, killing 143 people.