Accessibility links
Wisdom Of The Crowds? Online Effort Seeks To Raise Funds For Greece : The Two-Way A crowd-funding effort to get the $1.8 billion Greece needs to make a loan payment to the International Monetary Fund has so far raised $124,569. Donors get gifts ranging from salads to gift baskets.

Wisdom Of The Crowds? Online Effort Seeks To Raise Funds For Greece

Wisdom Of The Crowds? Online Effort Seeks To Raise Funds For Greece 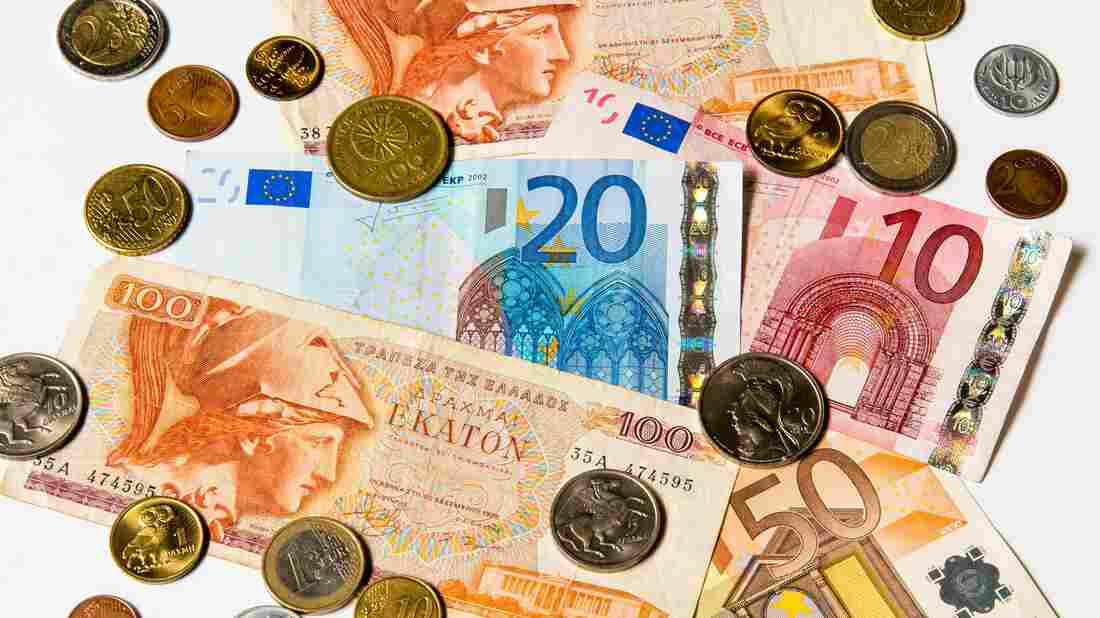 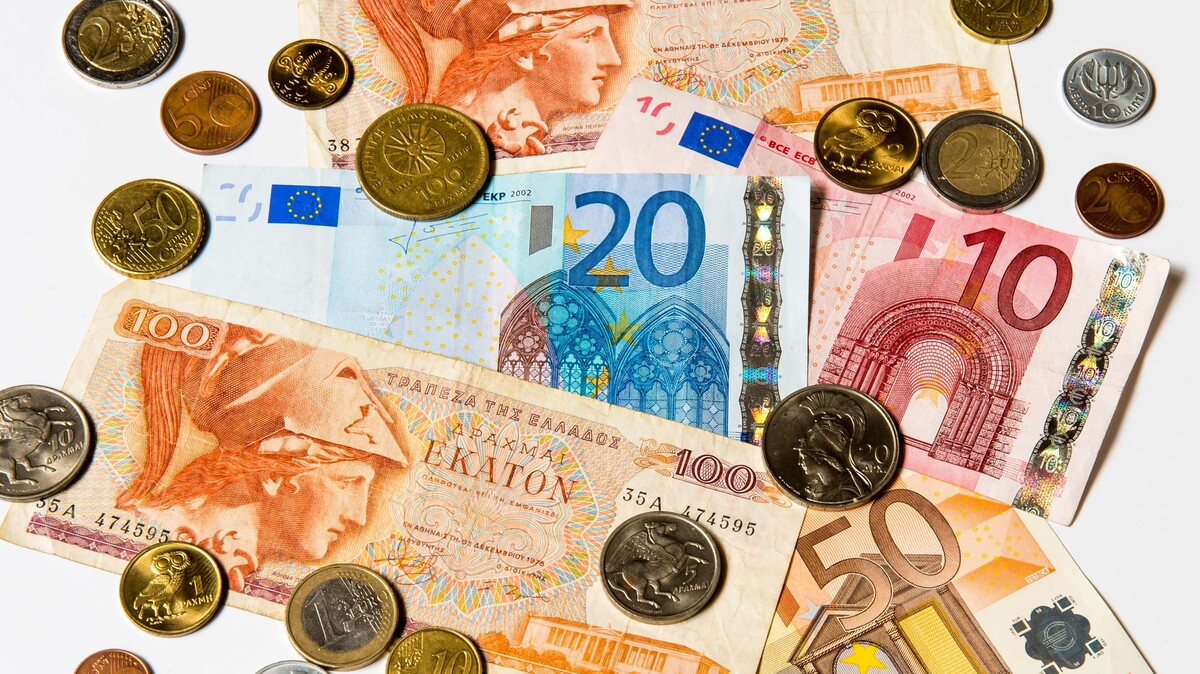 A collection of old Greek Drachma and euro notes and coins.

The organizer of the effort on IndieGogo says the European Union's 503 million people need to chip in just over 3 euros each ($3.37).

"Pledge €3 and get a postcard sent from Greece of Alex Tsipras, the Greek Prime Minister. We'll get them made and posted in Greece and give a boost to some local printers and post offices.

"Pledge €6 and get a greek Feta and Olive salad

The effort's organizer is Thom Feeney, 29, who works in a shoe shop in London. He insists the effort isn't a joke. He says:

"I can understand why people might take it as a joke, but Crowdfunding can really help because it's just a case of getting on and doing it. I was fed up of the Greek crisis going round in circles, while politicians are dithering, this is affecting real people. While all the posturing is going on, then it's easy for the politicians to forget that. I just thought, sod it, I'll have a crack."

Those donating money have seven days to make the goal. If they don't, they get a refund. Feeney says he believes Europeans are generous enough to save Greece:

"Europeans are pretty generous on the whole, maybe Ms [German Chancellor Angela Merkel] and Mr [British Prime Minister David] Cameron are the exception. There are 500 million people in the EU and actually, it wouldn't cost each person much to just sort it out ourselves. I'm confident the people of Europe will get this campaign and some time soon we'll all be raising a glass of Ouzo and having a bloody great big celebration."

Feeney tells NPR's Jackie Northam that he woke up today to "1,200 emails and 30 friend requests from Greek women.

"And this day's gone even crazier from there."

Of course, the 1.6 billion euros Greece must repay the IMF by 5 p.m. ET today is just a tiny fraction of what the country owes. The Council on Foreign Relations estimates that Greece owes the IMF, one of its many creditors, $26 billion. And this Wall Street Journal interactive explains what Greece owes its creditors and when.

Greece faces a possible exit from the eurozone, the bloc of countries that use the euro, if it defaults on its loan to the IMF.