Accessibility links
Recreational Marijuana Is Now Legal In Oregon : The Two-Way While the state permits people to possess and grow small amounts of recreational pot, they still can't buy or sell it. 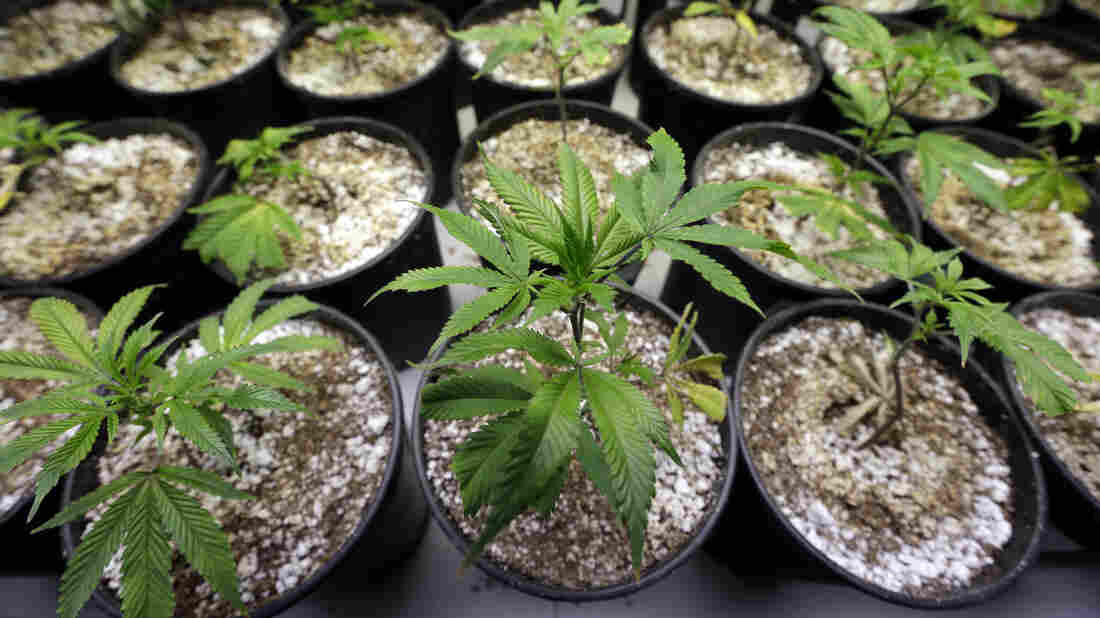 In Oregon, people can grow up to four marijuana plants per household. Elaine Thompson/AP hide caption 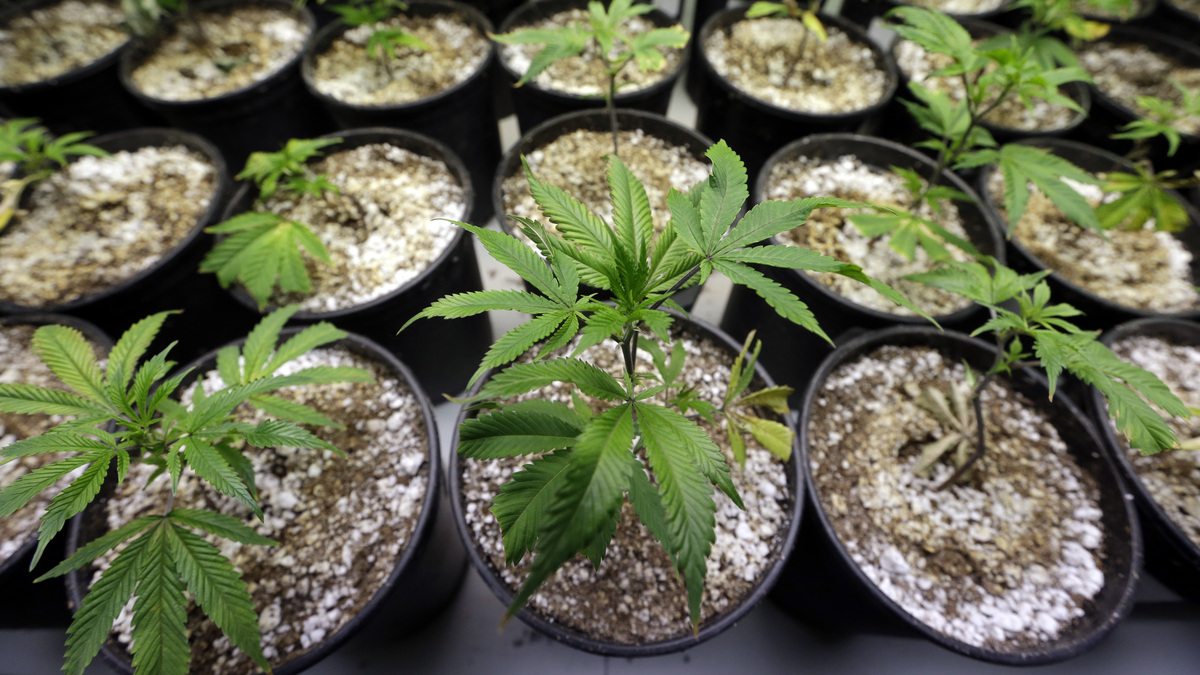 In Oregon, people can grow up to four marijuana plants per household.

Recreational marijuana is legal in Oregon as of today.

People 21 and older can now possess up to an ounce of pot when away from home and up to 8 ounces at home. It's also legal to grow up to four plants per household.

However, there's no way to legally buy it unless you're a medical marijuana patient, writes The Oregonian. The newspaper says that "the Oregon Legislature and the Oregon Liquor Control Commission are still crafting regulations that will shape the state's regulated industry. Sales of marijuana aren't expected to begin until late 2016, though lawmakers are considering a bill that would allow medical marijuana dispensaries to sell to recreational consumers this year."

The Associated Press reports that this isn't a big change in some places:

"In populous parts of the state that have long been tolerant of marijuana, police don't generally bust people using it in private. Most important, though, is that under the new law it's still illegal to sell recreational marijuana. When Oregon voters approved Measure 91 last November, they left the job of writing rules for pot shops to the Legislature and the state liquor control agency, which so far haven't gotten it all figured out."

So if you can't legally buy recreational marijuana in Oregon, where can you get it?

"Marijuana can be given away, so if you know anyone who has a medical marijuana card, they can legally share buds, seeds or plants with you," writes Lizzy Duffy of member station OPB in Portland.

She says marijuana and its use is expected to stay out of sight and out of public places under the new law. Even if you're in your parked car, if it's out on public streets, you can't use marijuana. Here's more from her FAQ post:

"What will get me in trouble under the new law?