Accessibility links
Why We Shouldn't Be Surprised By Greece's Impasse With Europe : The Two-Way Prime Minister Alexis Tsipras was elected on the promise of renegotiating the regimen of austerity imposed on Greece by its creditors. And Europe warned him it expected Greece to repay its debts.

Why We Shouldn't Be Surprised By Greece's Impasse With Europe

Why We Shouldn't Be Surprised By Greece's Impasse With Europe 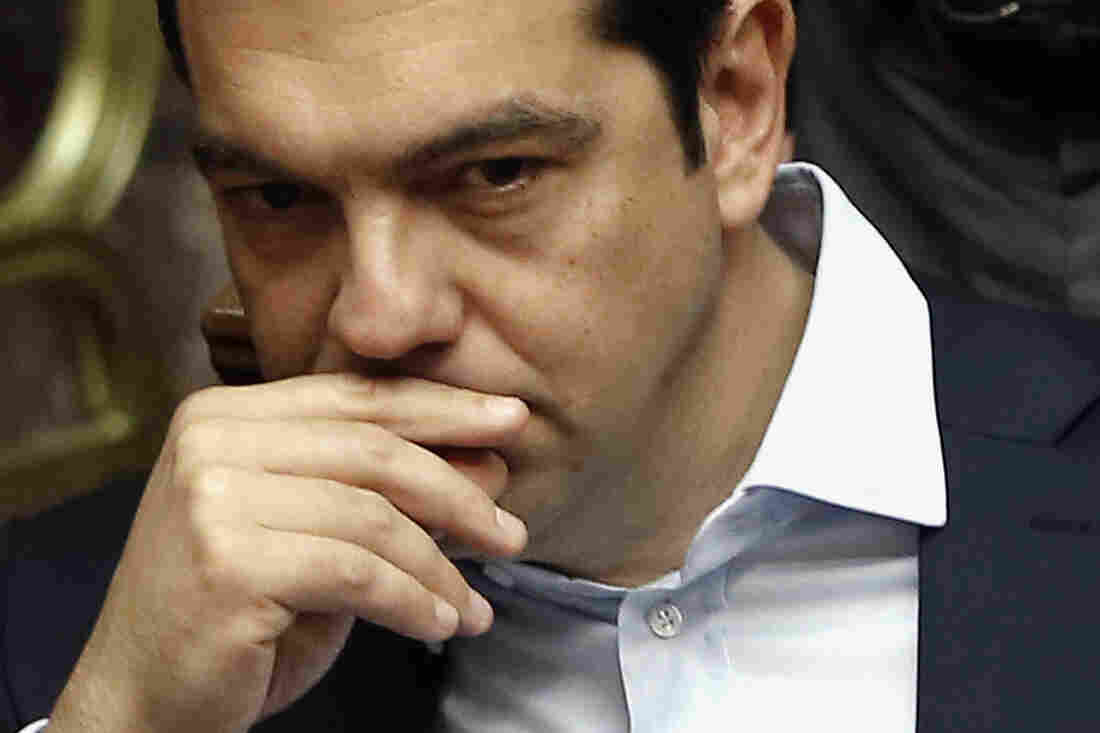 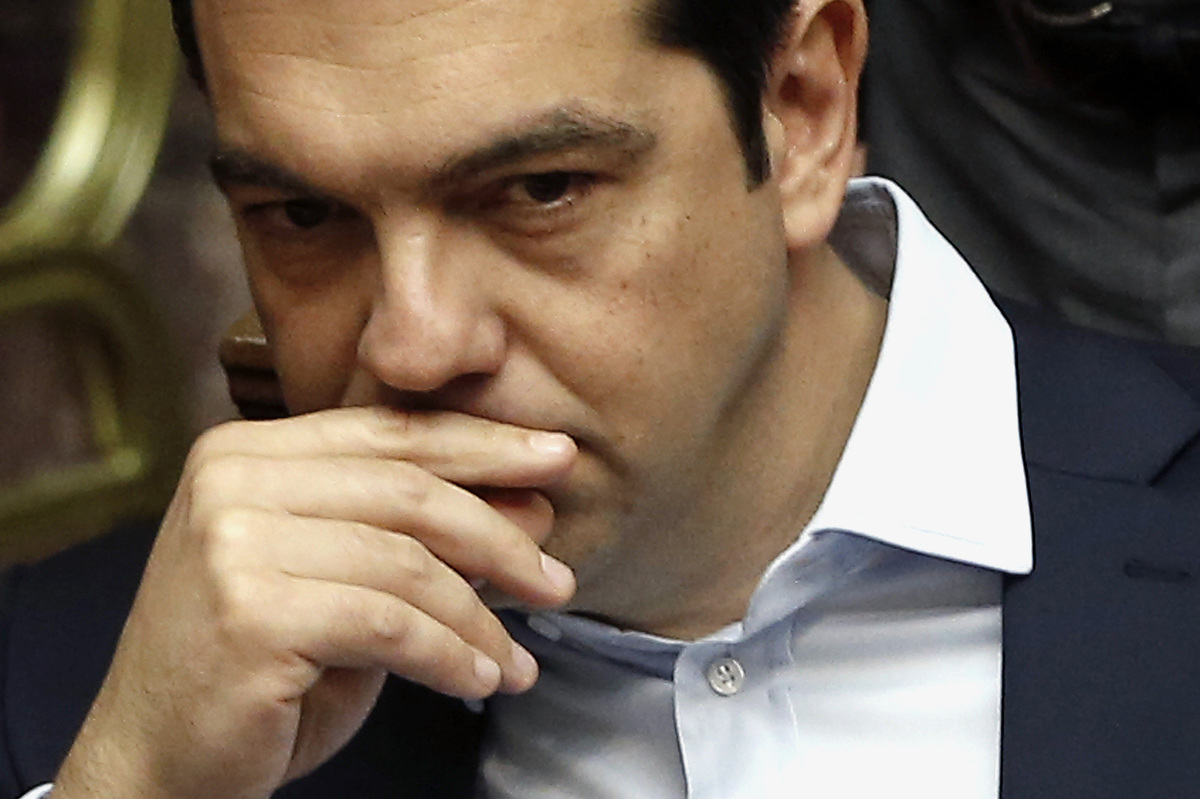 This is what has unfolded in Greece in the past week:

June 26: Greek Prime Minister Alexis Tsipras announces a July 5 referendum on terms put forward by the strapped country's creditors and urges his people to vote "no."

June 28: The European Central Bank, one of Greece's creditors, halts an emergency credit line to Greek banks. In response, the government introduces capital controls to prevent a run on banks.

June 30: Greece defaults on a $1.8 billion loan payment to the International Monetary Fund, putting at risk his country's presence in the eurozone.

July 1: Tsipras appears to soften his stand, saying Greece would accept most of the conditions, raising hopes that talks will resume. Eurozone finance minister say talks will have to wait until the results of Sunday's referendum are known. Tsipras reiterates his calls for a "no" vote.

Greece has gotten commitments of $244 billion from various countries and organizations as part of two bailouts, in 2010 and 2012, The Telegraph estimates. (The Wall Street Journal has an excellent interactive that explains what Greece owes its creditors and when payments are due.)

Tsipras' calls for a rejection of the creditors' demands come despite repeated warnings from European leaders that a "no" vote is tantamount to leaving the eurozone. However, the prime minister insists that will not happen.

It's a lot for any one country or leader to digest. But with Tsipras, the Greeks and the Europeans knew what they were getting.

Even before he was elected prime minister in January, stunning the country's long dominant center-left and center-right parties, Tsipras compared the creditors' demands to "fiscal waterboarding."

"Our common future in Europe is not austerity, it is the future of democracy, solidarity and cooperation," he said just after voting in the election that brought his far left-win Syriza party to power. "Today we are deciding whether the troika will return to Greece ... or whether, through tough negotiation, the country will claim its return to dignity."

Here's how The Guardian explained those comments: "In short: Athens' creditors at the European Union, European Central Bank and IMF — the bodies propping up its bankrupt economy — should expect handshakes but, if necessary, punches too."

Tsipras, 40, is a former Communist Party youth leader and his country's youngest prime minister in modern times. He was elected in January on the promise of renegotiating the regimen of austerity imposed on Greece by its creditors. As Joanna Kakissis reported on NPR at the time, his win was "a direct challenge to eurozone policies."

Tsipras said he wanted to renegotiate the terms of Greece's EU bailouts that resulted in billions being loaned to the country, which was on the brink of a default, in exchange for severe — and deeply unpopular — austerity measures. EU leaders noted at the time that they expected the Syriza government to repay Greece's debts.

Here's more from The Guardian's profile:

"For Tsipras's fans — who increasingly include members of Greece's decimated middle class, even if his bedrock of support comes from a vast underclass of unemployed youth — he is a visionary who has dared to tackle the dark heart of power.

"For his critics, who are legion, he is a dangerous narcissist and economic lightweight whose ascent is based on feelgood pledges he will not be able to keep."

A BBC profile notes that many EU officials "accuse Mr Tsipras and his colleagues of reckless and irresponsible conduct — from unprofessionalism in meetings to disinformation in the media."

"The challenge of Tsipras is to turn an insurgency into a governing party," Denis MacShane, Britain's former Europe minister, told The Guardian earlier this year. "Can he make Syriza into something like the German Green party or Brazil's Workers' party under Lula or does he want an all-out fight?"

The answer, given the latest developments, appears to be clear.