Accessibility links
Syrian Forces Try To Halt Rebel Offensive On Aleppo : The Two-Way An alliance of forces led by the al-Qaida affiliated al-Nusra Front is battling the Syrian government for control of the key northern city. 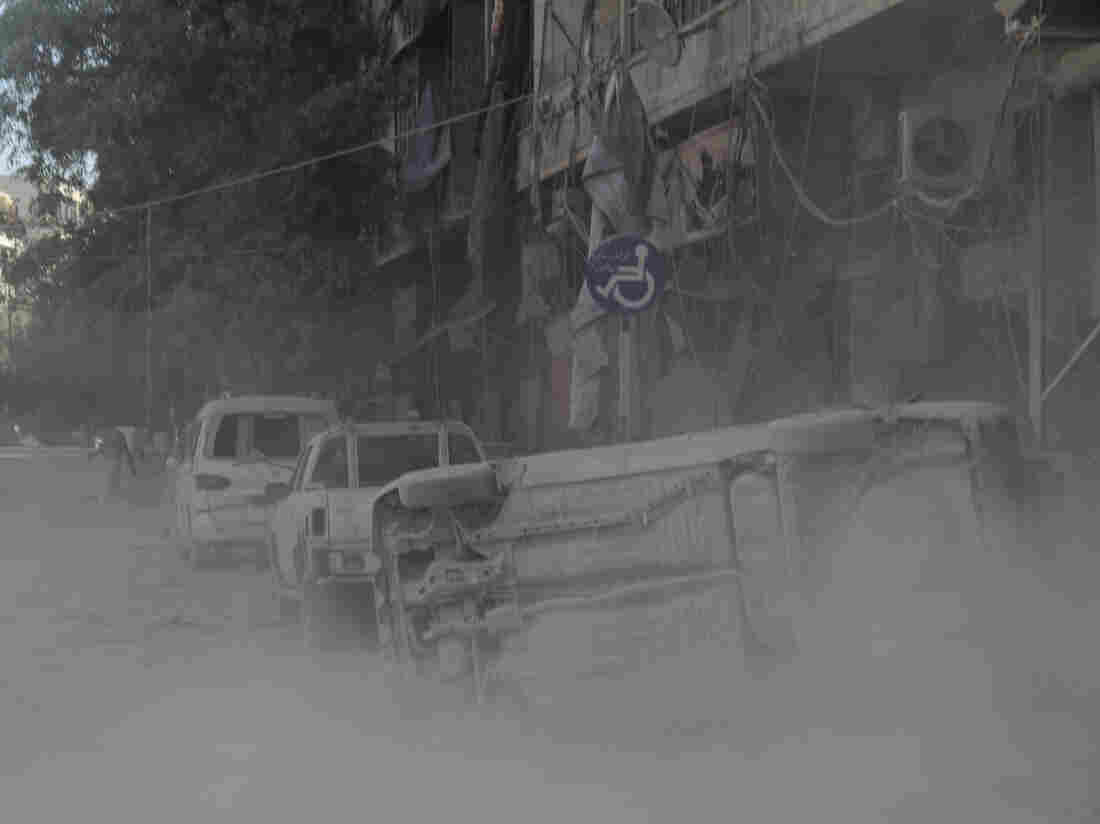 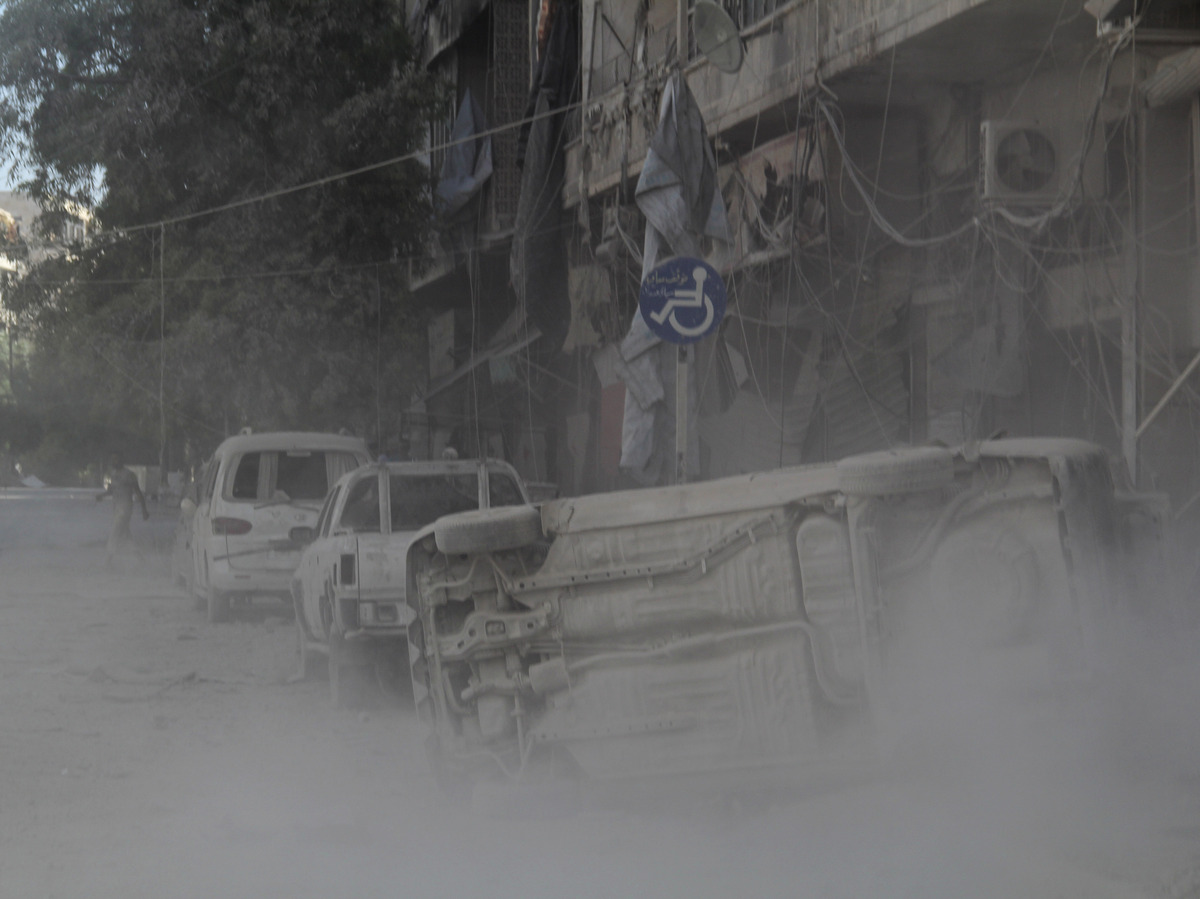 Smoke rises after a reported barrel bomb attack by Syrian government forces in the northern Syrian city of Aleppo on Wednesday.

Syrian forces have carried out airstrikes to push back what is being described as a major offensive by militants affiliated with al-Qaida to seize the key northern city of Aleppo.

As NPR's Deborah Amos reports from the Turkish border, the battle surprised the regime, but also surprised more moderate rebels, who tell NPR they are not part of the offensive.

The Syrian Observatory for Human Rights reports that rebels fired artillery and hundreds of rockets into seven government-held areas around the city.

Reuters says that the attack that began on Thursday is "the most intense insurgent offensive in Aleppo in three years, [aiming] to build on recent advances against [Syrian President Bashar] Assad by an array of groups fighting on separate fronts, including Islamic State and rebels backed by his regional foes."

But, according to the BBC, "the Syrian state news agency Sana said the assault had been repelled and more than 100 'terrorists' killed."

A rebel source, who asked not to be named, tells NPR that the alliance putting Aleppo under siege are "all extremists." The source accused the militants arrayed against Aleppo launching attacks on civilians.

Reuters quotes a military source as saying that the rebels "had bombarded government-held parts of Aleppo with weapons including highly destructive 'hell cannons' — improvised mortar bombs made out of cooking gas cylinders.

"In addition to most of Idlib province, Assad has also recently lost the central city of Palmyra to Islamic State, and areas of southern Syria to an alliance of rebels known as the 'Southern Front' that profess a moderate vision for Syria."

Deborah says "Aleppo is a key government stronghold, once the financial capital of Syria, with more than a million civilians in government controlled areas."

According to the Observatory, the Islamists fired hundreds of rockets and missiles, answered by air strikes. The battle surprised the regime, but also surprised more moderate rebels, some trained in a covert US program. They told NPR they are not part of the offensive.