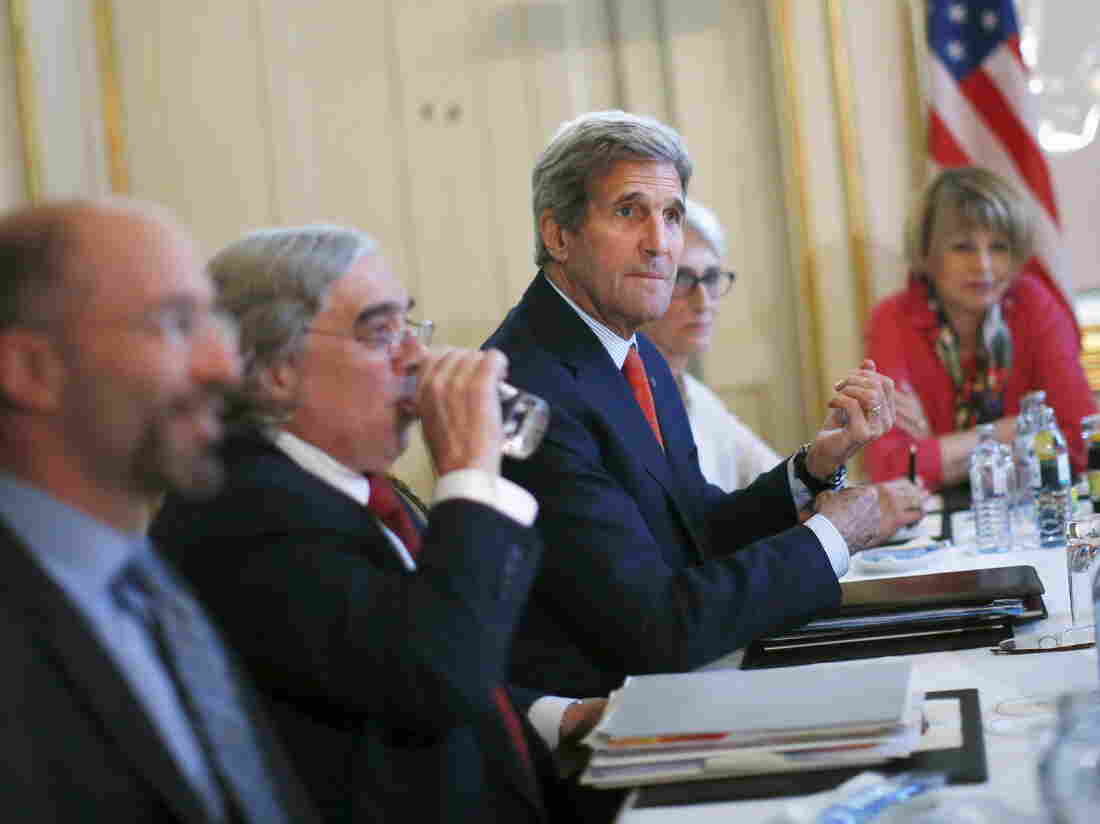 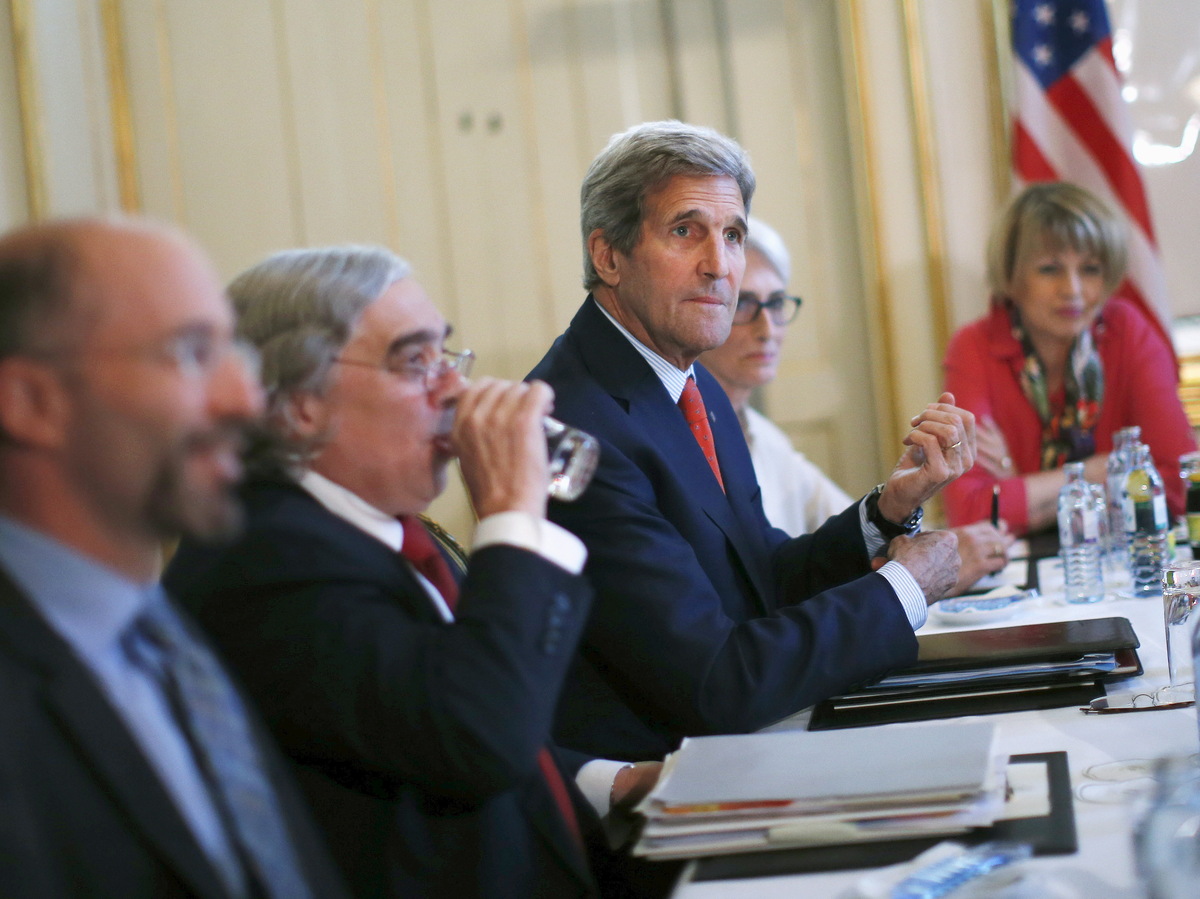 U.S. Secretary of State John Kerry meets with Iranian Foreign Minister Mohammad Javad Zarif (not pictured) at a hotel in Vienna on Friday.

Yukio Amano, the head of the International Atomic Energy Agency, or IAEA, says that if Iran cooperates, the agency could issue a report on the country's past atomic research by the end of the year.

NPR's Peter Kenyon, reporting from Vienna, says that progress is also being reported on sanctions relief for Tehran — but a deal has yet to be finalized.

"With cooperation from Iran, I think we can issue a report by the end of the year," Amano, the head of the U.N. agency, says.

Iran has dragged its feet on answering the IAEA's questions even amid marathon talks held in a Vienna hotel involving the U.K., China, France, Germany, Russia and the United States, aimed at reaching a deal that would lift United Nations sanctions.

"The six powers had yet to agree on a United Nations Security Council resolution that would lift U.N. sanctions and establish a means of re-imposing them in case of Iranian non-compliance with a future agreement.

" 'We still haven't sorted a Security Council resolution,' a diplomat close to the talks told Reuters. 'We don't have Iran on board yet.' "