Accessibility links
After Bailout Referendum Is Rejected, Greece's Finance Minister Resigns : The Two-Way By a decisive margin, the people rejected a package of austerity measures from international creditors and handed their leaders a mandate to try to renegotiate the deal. 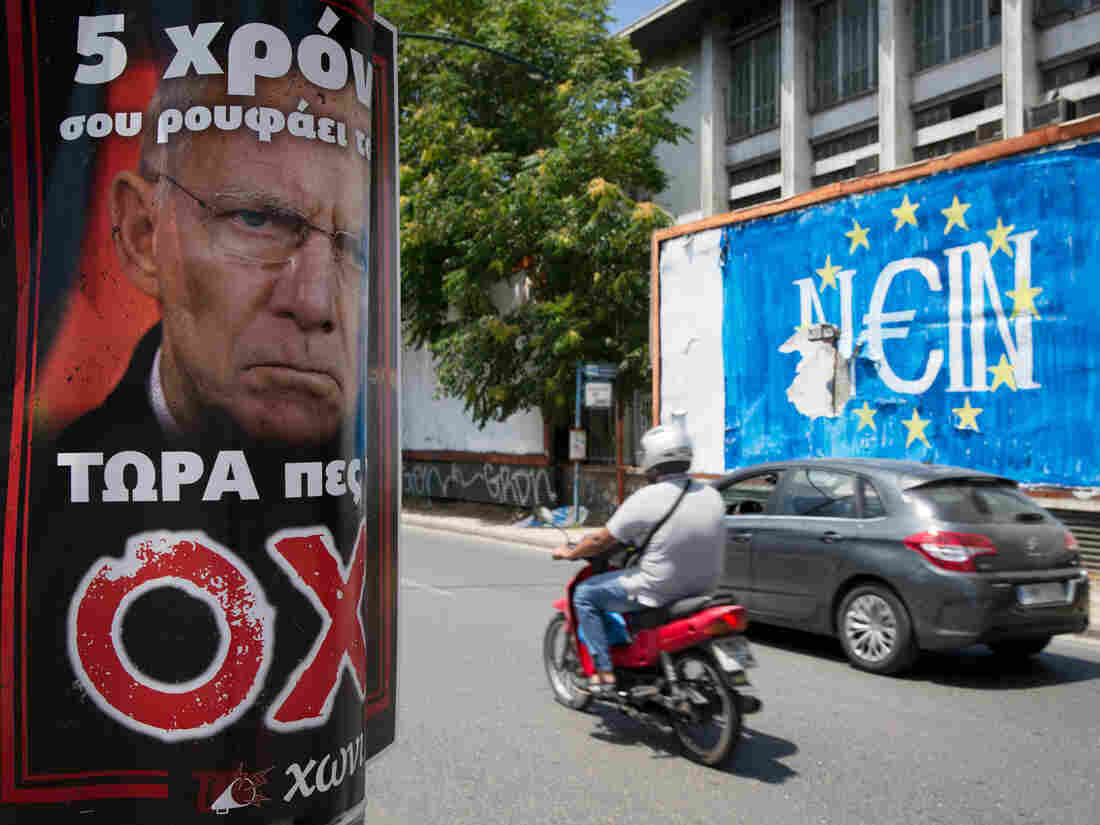 German Finance Minister Wolfang Schaeuble frowns on a pro-no poster opposite graffiti that reads "no" in German — but also sounds like "yes" in Greek. The photo was taken in Athens on Sunday. Kay Nietfeld/DPA/Landov hide caption 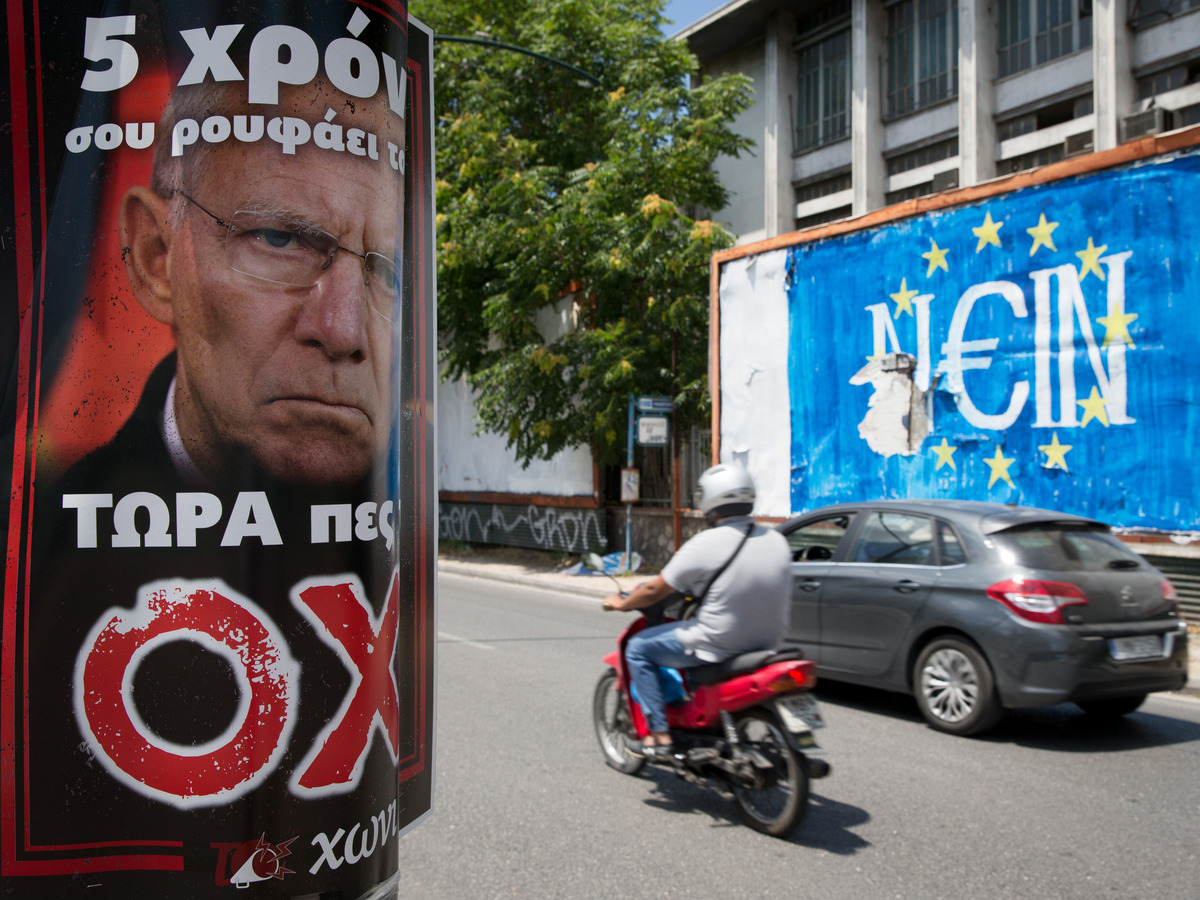 German Finance Minister Wolfang Schaeuble frowns on a pro-no poster opposite graffiti that reads "no" in German — but also sounds like "yes" in Greek. The photo was taken in Athens on Sunday.

Greek Finance Minister Yanis Varoufakis has resigned. According to The Associated Press: Varoufakis was told shortly after the Greek referendum result that the some eurozone finance ministers and Greece's other creditors would prefer he not attend the ministers' meetings. He issued an announcement on Monday saying the prime minister had judged that his resignation "might help achieve a deal" and that he was leaving the finance ministry for this reason.

The Greek people have given their answer to international lenders, and the answer is no.

With all the votes counted, a convincing 61 percent to 39 percent margin was recorded in the referendum on a German-led bailout plan that includes tough austerity measures for Athens, in exchange for a continued line of credit to keep paying the government's obligations. The answer: a resounding thumbs-down.

"Today we turned a page in Greek history," Prime Minster Alexis Tsipras, who urged a no vote, said.

"We are ready to continue negotiating" a plan of reforms, he added.

"I will ask the president to convene a meeting of political leaders on Monday morning," he said.

As the votes were still being counted, leaders of Germany and France called for a European Union summit to be held Tuesday to discuss Greek financial crisis.

Although Tsipras had campaigned for a no vote, it is now less clear whether Greece has any future in the eurozone. And Greek leaders face the difficult prospect of convincing its creditors to swap debt relief for more austerity, a move that the lenders have steadfastly rejected in the past.

Even the deal that was up for a vote — and turned down — is technically no longer on the table. A week ago, negotiators presented their last proposal as a take-it-or-leave-it proposition that expired when Athens missed a crucial payment last Tuesday on an International Monetary Fund loan.

"First of all we have to accept such a result," Steinmeier told reporters, referring to the referendum vote as he arrived in Vienna to join the Iran nuclear talks. "Which (conclusions) are now to be drawn, this is a decision which first and foremost must be made in Greece and that's why the ball is now in Athens' court."

The Bank of Greece, the country's central bank, said today that it would file a request with the European Central Bank to raise the amount of emergency funding for the country's banks, with a spokesman telling Greek television that "there is no reason not to increase liquidity."

As Reuters writes, the referendum was held "against a backdrop of default, shuttered banks and threats of financial apocalypse. ... [It is] too close to call and looked certain to herald yet more turbulence whichever way it went."

Opinion polls in the run-up to the vote have indicated the outcome in the referendum is likely to be very close — with younger Greeks, who suffer the highest rate of unemployment — more likely to vote no than the country's older citizens.