Accessibility links
Latest On Greek Crisis: Finance Minister Resigns, As EU Leaders Meet : The Two-Way Finance Minister Yanis Varoufakis said his resignation could help the prime minister negotiate a better deal with the EU. However, he said, he will wear the "loathing" of Greek creditors "with pride." 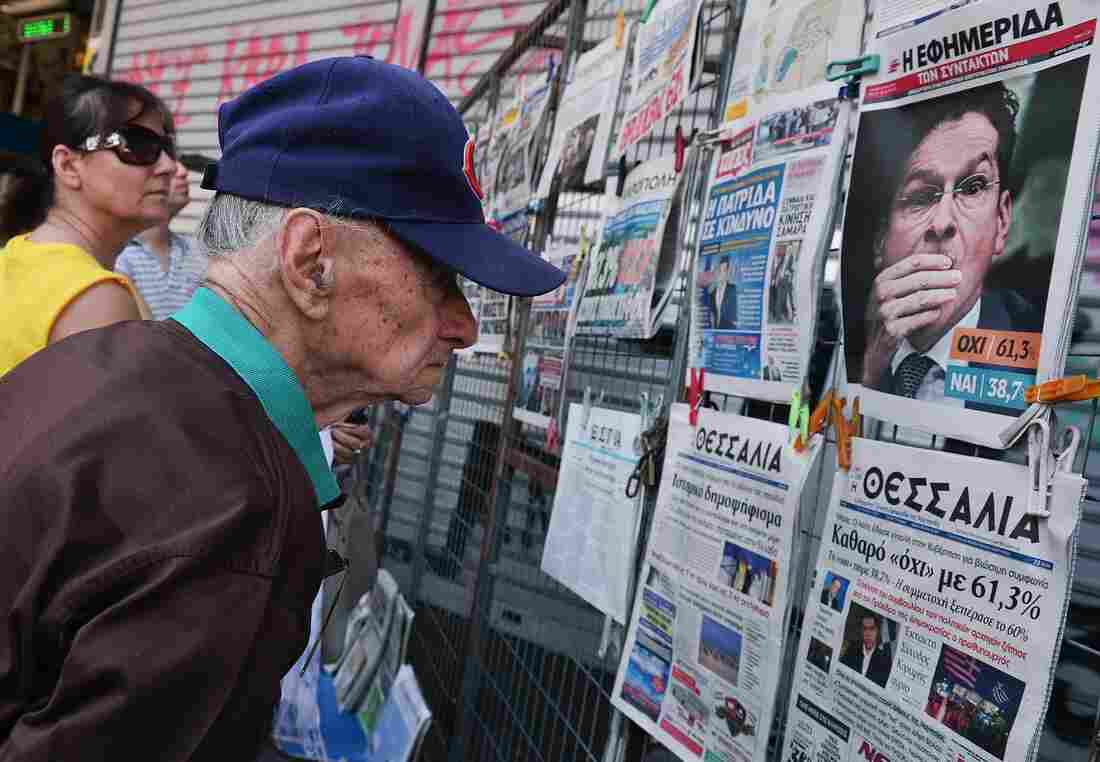 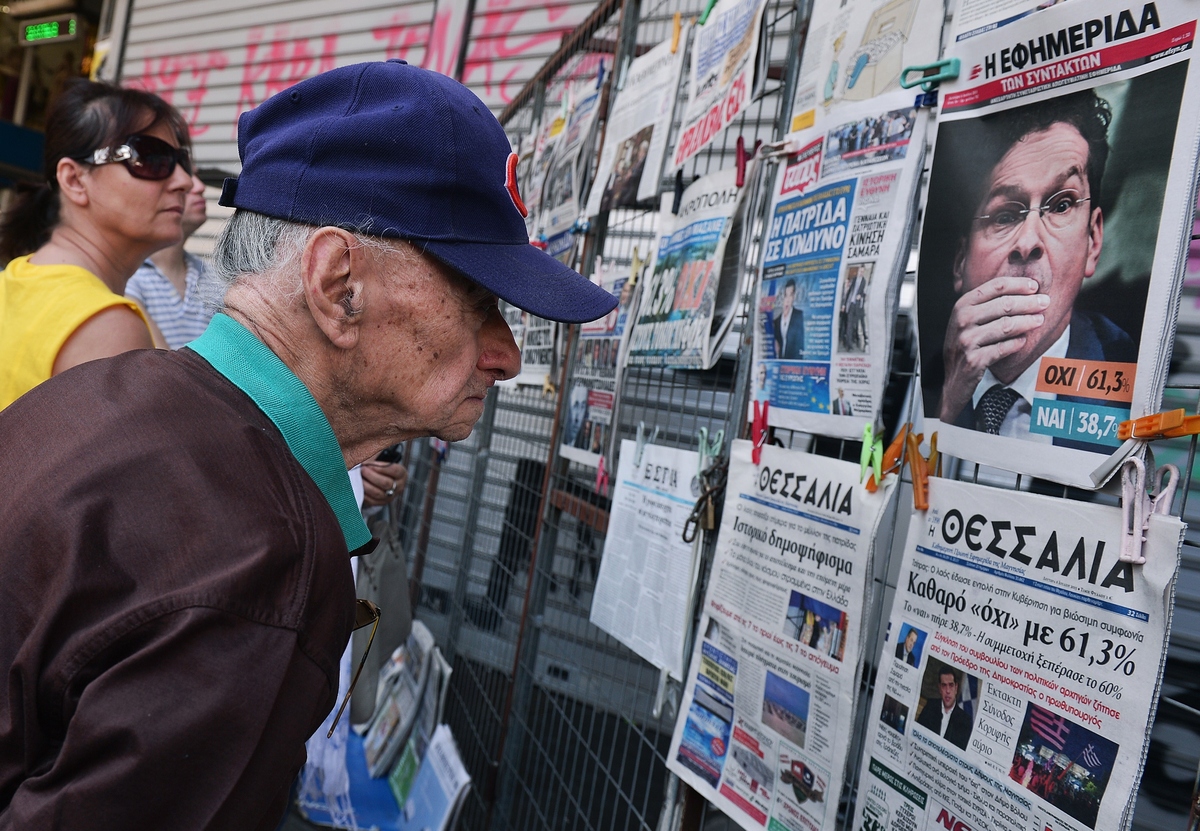 Greece and its European Union partners are beginning to sort out what's next after the country voted en masse to reject a German-led bailout plan that would have given the country more credit to pay its debt in exchange for tough austerity measures.

As The New York Times reports, now that the vote is in, the hard part begins. Using the vote as leverage, Greece will try to renegotiate more favorable terms for its bailout, but its European partners could insist on tough terms, which could ultimately result in Greece's exit from the European Union.

Eurogroup President Jeroen Dijsselbloem called the vote "regrettable for the future of Greece," and he called an emergency meeting on Tuesday. CNBC reports that EU leaders expect Greece to put forth a new proposal soon.

In a statement, Varoufakis said he expects his resignation will help Prime Minister Alexis Tsipras negotiate better terms for his country.

"Soon after the announcement of the referendum results, I was made aware of a certain preference by some Eurogroup participants, and assorted 'partners', for my... 'absence' from its meetings; an idea that the Prime Minister judged to be potentially helpful to him in reaching an agreement," Varoufakis said. "For this reason I am leaving the Ministry of Finance today."

Varoufakis went on to call the vote "splendid" and the "historic" moment in which Greece "rose up against debt bondage."

"I shall wear the creditors' loathing with pride," he said.

We'll follow the news on Greece throughout the day, and we'll update this post as we hear more.

Greece has appointed Euclid Tsakalotos as its new finance minister.

Reuters reports this is a clear change of style — if not substance — from Varoufakis:

"But if European officials expect Athens' new finance chief, who has already been a key negotiator in drawn-out talks between the Greek government and creditors, to take a softer approach in the substance of new bailout talks, they can think again.

"As the brainchild of Syriza's economic thinking, Tsakalotos is likely to redouble efforts to put one of the most contentious issues in the five months of negotiations between Greece and its creditors — debt relief — back on the table."

During a press conference today, European Commission Vice President Valdis Dombrovskis said while they respect the "democratic choice of the Greek people," the no vote "widens the gap between Greece and Eurozone countries."

"There is no easy way out of this crisis," Dombrovskis said. "Too much time and too many opportunities have been lost."

Dombrovskis explained that the European Commission cannot negotiate new terms with Greece without a mandate from eurogroup countries. He also said that no matter what happens with Greece, the eurozone is not in danger.

He concluded: "One thing is clear: the place of Greece is, and remains, in Europe. To solve this very difficult situation all sides need to work together responsibly for the sake of Greek people."