Accessibility links
Pope Kicks Off Three-Nation Tour In Ecuador : The Two-Way Francis, the first pontiff from Latin America, was greeted by hundreds of thousands in Quito. He is scheduled to visit Bolivia and Paraguay next. 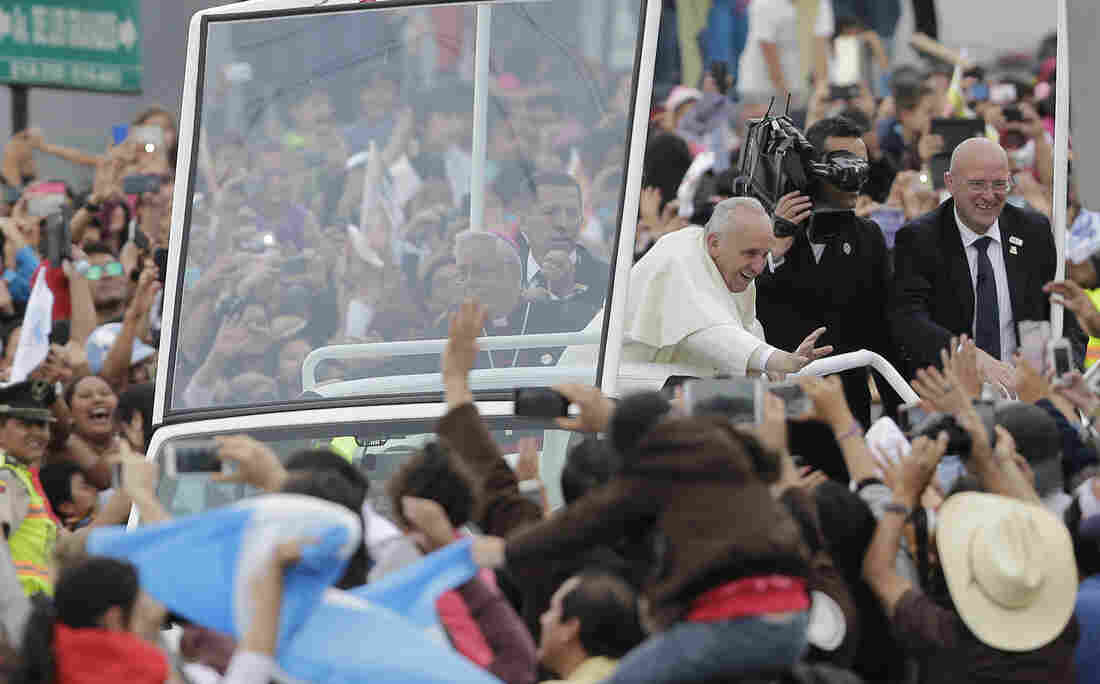 Pope Francis waves to the crowd as he rides aboard the Popemobile in the streets of Quito, Ecuador, on Sunday. Dolores Ochoa/AP hide caption 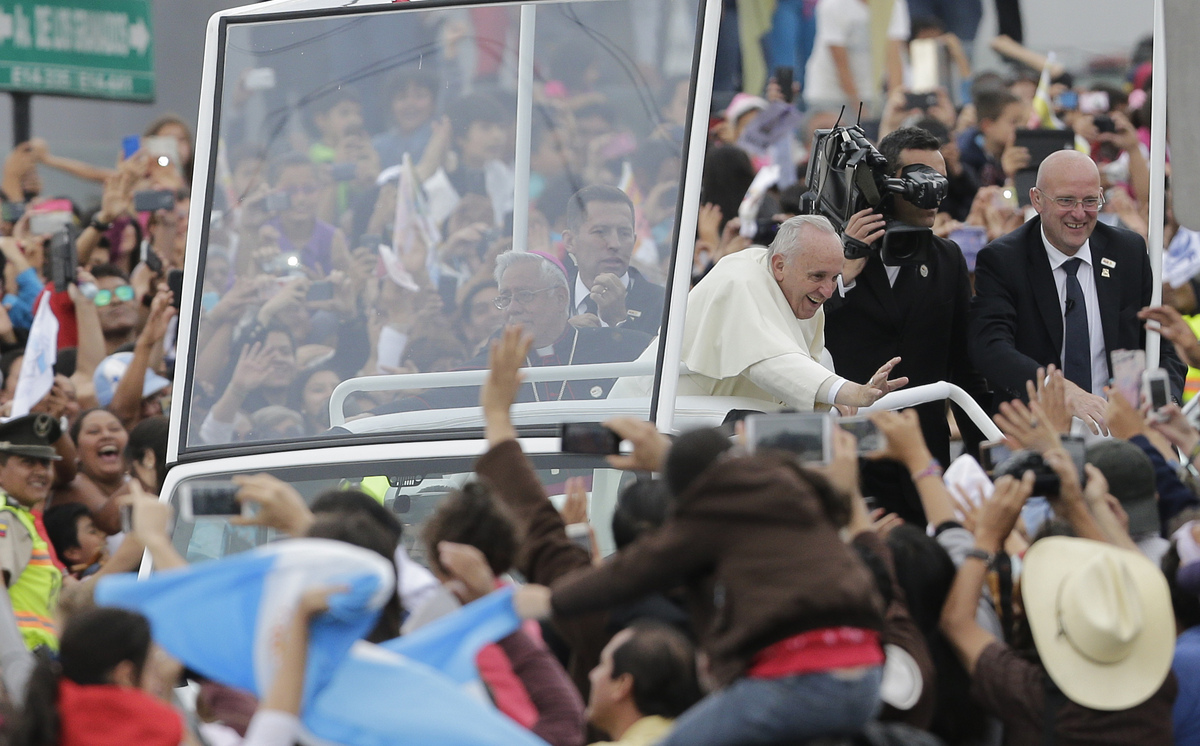 Pope Francis waves to the crowd as he rides aboard the Popemobile in the streets of Quito, Ecuador, on Sunday.

Pope Francis is making his first visit as pontiff to Spanish-speaking countries in South America.

Francis landed in Quito, Ecuador, on Sunday and was welcomed by hundreds of thousands. The New York Times reports:

"The first pope from Latin America, Francis later drove through the streets of Quito, the capital, standing in the back of a white car with open sides. Thousands of enthusiastic followers packed the route, throwing flower petals, locally made Panama hats and other items at him. At one point a person ran up to the car and held up a small child dressed in white, and the pope reached out to touch the child on the head. The Rev. Federico Lombardi, a Vatican spokesman, estimated the crowd at 500,000.

"Francis brings his message of a church in transformation to a region that contains nearly four out of 10 of the world's Roman Catholics, but that has seen many faithful leave in recent years to join Protestant denominations or abandon organized religion altogether."

Francis is scheduled to visit some of the poorest parts of the continent in Bolivia and Paraguay. As NBC News reports, this is very much a homecoming for Francis, who has often said he wants to run a "poor church for the poor."

"In Ecuador, the pope's call for more responsible economic growth and environmental protection will be put to the test. It is one of the most biodiverse nations on earth, and at the same time it relies heavily on mining and oil, which account for 96 percent of its exports.

"But his priority will be the disadvantaged and marginalized.

"During his nine-day trip, he will reach out to indigenous communities — many of which still associate Catholicism with colonialism — visit inmates in Bolivia's infamous Palmasola prison and tour Paraguay's Banado Norte shantytown."

In short remarks shortly after his arrival, Francis said he was "excited" for his trip.

"From the peak of Chimborazo to the Pacific coast; from the Amazon rainforest to the Galapagos Islands, may you never lose the ability to thank God for what he has done and is doing for you," the Pope said, according to CNN. "May you never lose the ability to protect what is small and simple, to care for your children and your elderly, to have confidence in the young, and to be constantly struck by the nobility of your people and the singular beauty of your country."