Accessibility links
S.C. Senate Takes A Strong Step Toward Removing Confederate Flag : The Two-Way The state's Senate will need to approve the bill one more time before it can go on to the House. Monday's tally was 37-3; a final vote will be held Tuesday. 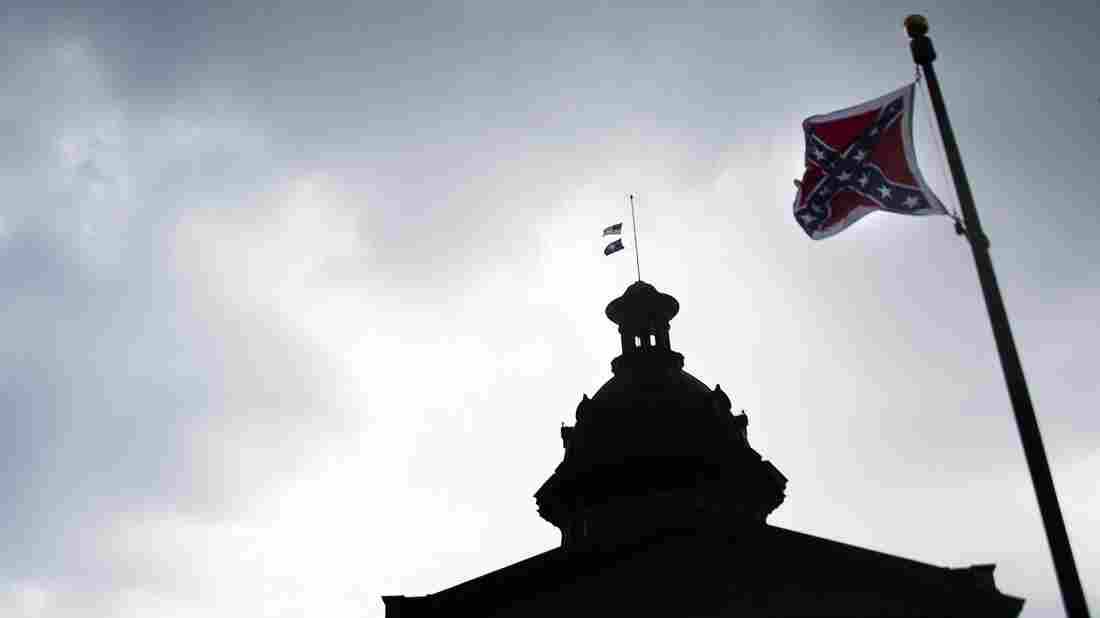 The Confederate battle flag flies at the South Carolina State House in Columbia late last month. The state's Senate voted Monday to remove the flag; after one more vote on the bill, it will head to the House. Jim Watson/AFP/Getty Images hide caption 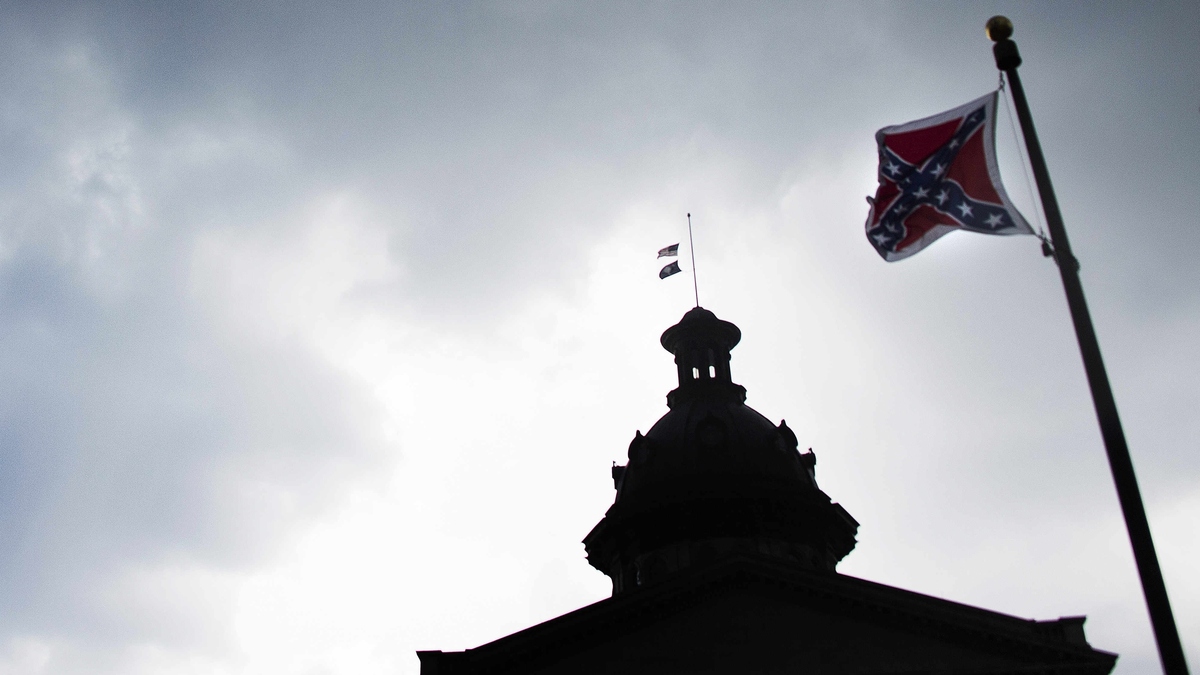 The Confederate battle flag flies at the South Carolina State House in Columbia late last month. The state's Senate voted Monday to remove the flag; after one more vote on the bill, it will head to the House.

By a 37-3 tally, the South Carolina Senate has given more support to moving a Confederate battle flag from its spot flying on the State House grounds to the Confederate Relic Room. The Senate will need to approve the bill one more time before it can go on to the House.

Monday afternoon's vote was on the the bill's second reading; the Senate will hold another vote Tuesday on its third reading, around 10 a.m. ET. That means the House won't begin to consider the bill until at least Wednesday.

"The final vote requires a two-thirds majority vote for passage, a rule set under ... the 2000 law that moved the Civil War icon off the Capitol dome," reports The State newspaper.

In South Carolina's Legislature, a bill "must be read and adopted three times on three separate days in each body," according to The South Carolina Governance Project, which adds that for many bills, the first reading comes in the form of their introduction before the presiding officer.

In addition to voting in favor of removing the flag, the Senate also rejected several bills that had been offered up by those who oppose its removal.

One bill from state Sen. Lee Bright, R-Spartanburg, sought to have voters decide whether the flag should be taken down. Another from Bright would have replaced the current Confederate battle flag with the first national flag of the Confederate States of America. Both of those ideas failed.

Another measure, which would have allowed the flag to be flown only on Confederate Memorial Day, was also defeated.

On the bill that would remove the flag, Bright was one of the three "no" votes, along with state Sens. Harvey Peeler and Danny Verdin.

Today's vote came exactly two weeks after Gov. Nikki Haley stood with members of South Carolina's congressional delegation and other leaders to call for the flag's removal from the State House, saying, "we are not going to allow this symbol to divide us any longer."

Haley spoke a week after nine black people were shot to death at Charleston's Emanuel AME Church. The chief suspect in the case is a young white man who was found to have posted multiple images of himself online, posing with the Confederate flag.

One of the victims in that massacre was state Sen. Clementa Pinckney, the pastor of the church known as Mother Emanuel.