Accessibility links
Carnival Expects to Begin Cruising To Cuba Next Year : The Two-Way The corporation has U.S. approval, and ships could head for Cuba beginning in May 2016. But travelers can't be just tourists. They have to fit into one of 12 government-established categories. 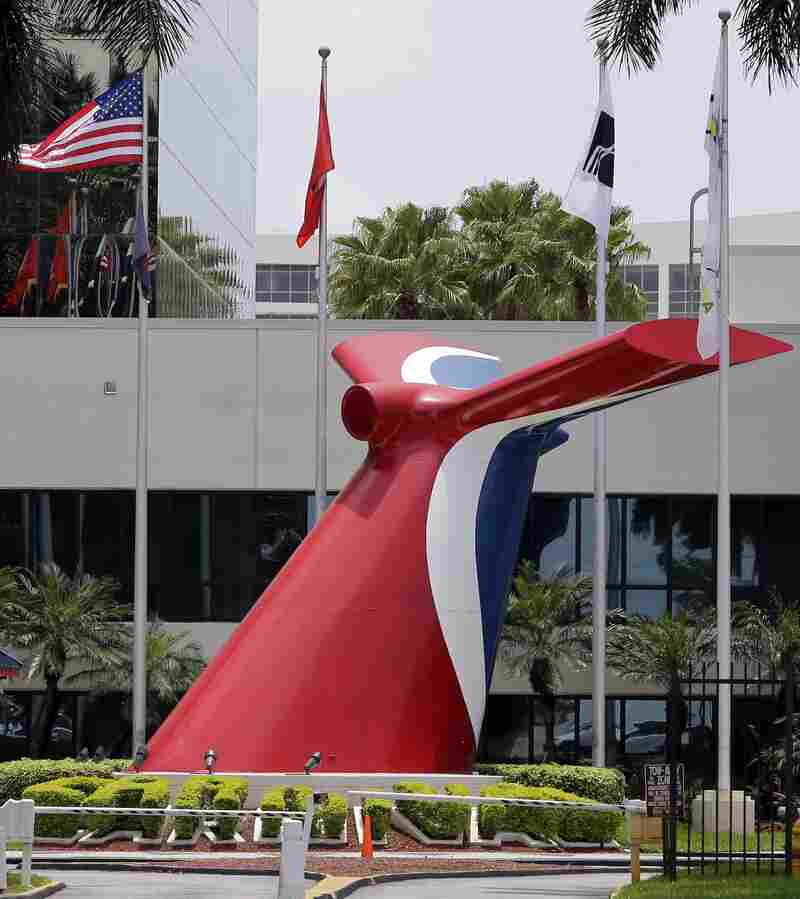 Carnival Corp. says it has received permission from the U.S. government to begin travel to Cuba, to provide "cultural, artistic, faith-based and humanitarian exchanges between American and Cuban citizens." The cruises will operate under Carnival's new "fathom" brand, which is dedicated to "social impact travel." The Wall Street Journal reports Carnival is still working with Cuban authorities for approval of the plan.

In a statement, Arnold Donald, president and CEO of Carnival Corp., said, "We look forward to working with the Cuban authorities for their approval to help make the social, cultural and humanitarian exchanges between U.S. citizens and the people of Cuba a reality." He continued, "We know there is strong demand from travelers who want to immerse themselves in Cuban culture, so this is a historic opportunity for us to enable more people to experience Cuban society."

The trips won't be traditional cruises. As NPR's Greg Allen reported on All Things Considered, the guidelines allowing Carnival to conduct trips to Cuba say U.S. citizens aren't allowed to travel there purely as tourists. "Travel must fall under one of 12 categories — for the purpose of journalism, education, religious activities, arts events and so forth," Allen said. The Department of the Treasury has posted a full list of those 12 categories here.

Allen says Carnival's trips to Cuba will try to "appeal to purpose-driven millennials, families with a social conscience and philanthropically-minded retirees." And, the trips will be more expensive than traditional cruises, with seven-day itineraries starting at $2,990 per person, excluding taxes and other fees.

Carnival's fathom brand, which will operate the Cuba trips, will also host seven-day voyages to the Dominican Republic starting in April 2016, focusing on social impact and cultural and educational exchanges.

As we've previously reported, the U.S. approved ferry service from Florida to Cuba this May, and in April, Airbnb, which allows customers to rent private rooms and homes, launched its service in Cuba. Earlier this month, President Obama announced the formal resumption of diplomatic relations between the U.S. and Cuba, with both countries agreeing to reopen embassies in Washington and Havana.