Accessibility links
Cyclists Can Ignore Some Traffic Lights, Paris Announces : The Two-Way The city says that tests have shown "the passage of cyclists through red lights isn't accident-prone and avoids certain conflicts between cyclists and vehicles." 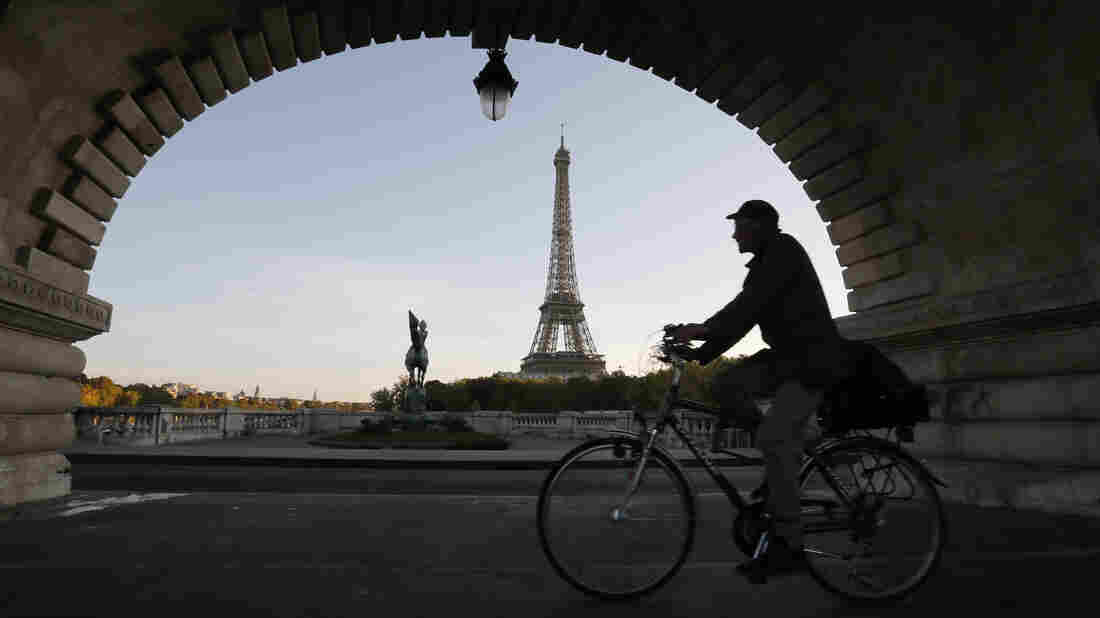 A man takes an early morning bicycle ride across a bridge near the Eiffel Tower in Paris. GONZALO FUENTES/Reuters /Landov hide caption 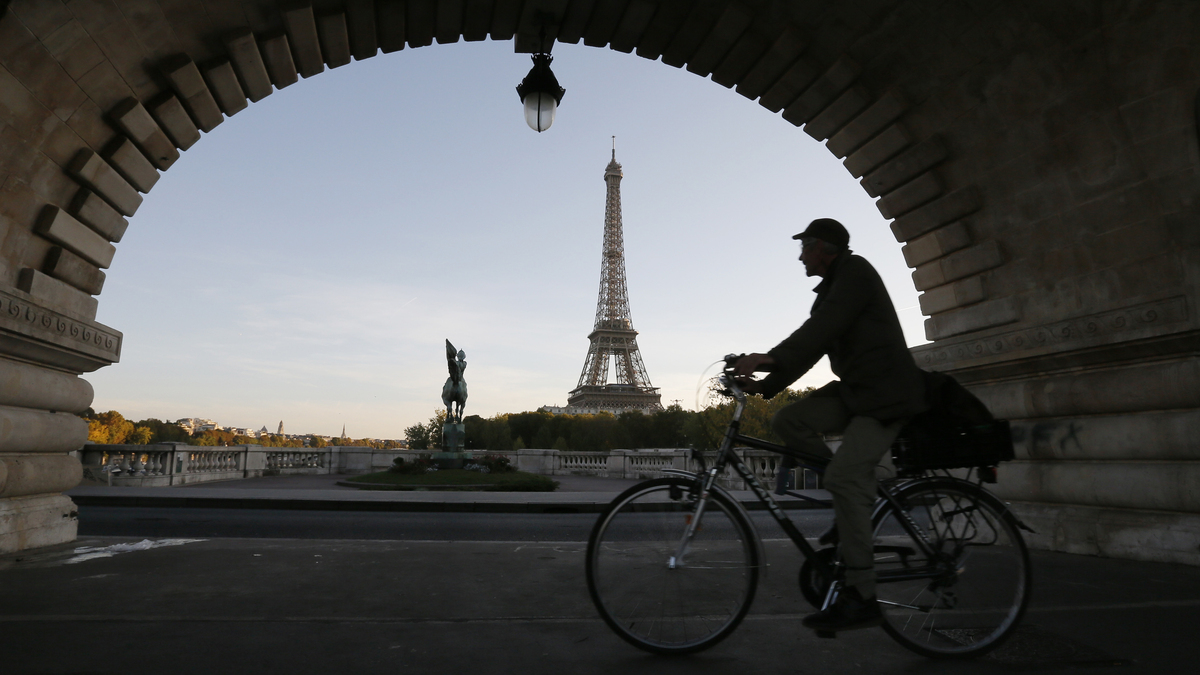 A man takes an early morning bicycle ride across a bridge near the Eiffel Tower in Paris.

Announcing a new policy for cyclists who ride in Paris, the city says it will allow people on bikes to ride through red lights or turn right at intersections that are marked by a special traffic sign.

Cyclists will have the most leeway at T-shaped intersections, where they can continue on without crossing other lanes of traffic. But in all cases, they'll have to yield to pedestrians and other vehicles who have the right of way.

The new policy follows several years of an experiment in which Paris allowed cyclists to pass through intersections more fluidly. The city says the test demonstrated that "the passage of cyclists through red lights isn't accident-prone and avoids certain conflicts between cyclists and vehicles that are stopped at lights" — notably those cases in which a bike is in a car's blind spot.

Parisian officials say the new policy will be rolled out between July and September, as special signs that resemble the yield signs commonly seen in the U.S. are added to intersections where cyclists will be allowed to go through the red light.

A diagram released by the city of Paris shows how cyclists will be able to pass through intersections during red lights. In some cases, they can turn right; in others, they can go straight through. City of Paris hide caption

Making the practice legal is also "a nice thing to do," according to the Treehugger website, which adds, "in so many cities the police lie in wait to hand out tickets to cyclists for infractions for rules that make sense for cars but not much for bikes."

The change is one of several Paris is making as it tries to lower traffic pollution in the city. Paris also announced Thursday it will provide hundreds of dollars in aid to any residents who want to give up an older car to buy a bike or take part in other transit plans.

As Cycling Weekly reports, "The French city is hoping to become a 'capital of cycling' by 2020, with desires to see 15 percent of all journeys made by bike."

But lest Paris' cyclists begin to see themselves as above the law, the Parisian policy announcement concludes by noting:

"Attention, cyclists are not a priority: they must show prudence and respect in all circumstances the priority accorded to other users, in particular pedestrians to whom they must always give way."