Accessibility links
South Carolina Gov. Nikki Haley Signs Confederate Flag Bill Into Law : The Two-Way In the building where slain Rev. Clementa Pinckney once worked in the state Senate, Gov. Nikki Haley signed the bill that will remove the flag from its spot in front of the Capitol building. 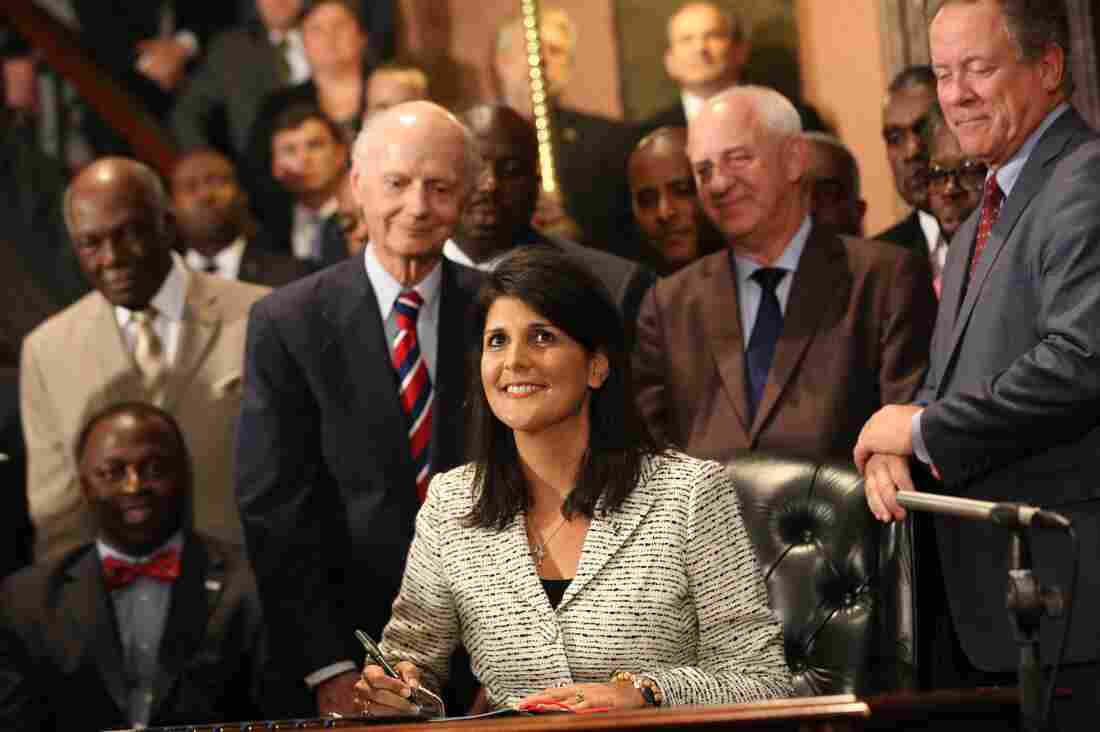 With her predecessors in the governor's office and others looking on, Gov. Nikki Haley signs into law a bill that removes the Confederate flag from the State House in Columbia. Richard Ellis/EPA /LANDOV hide caption 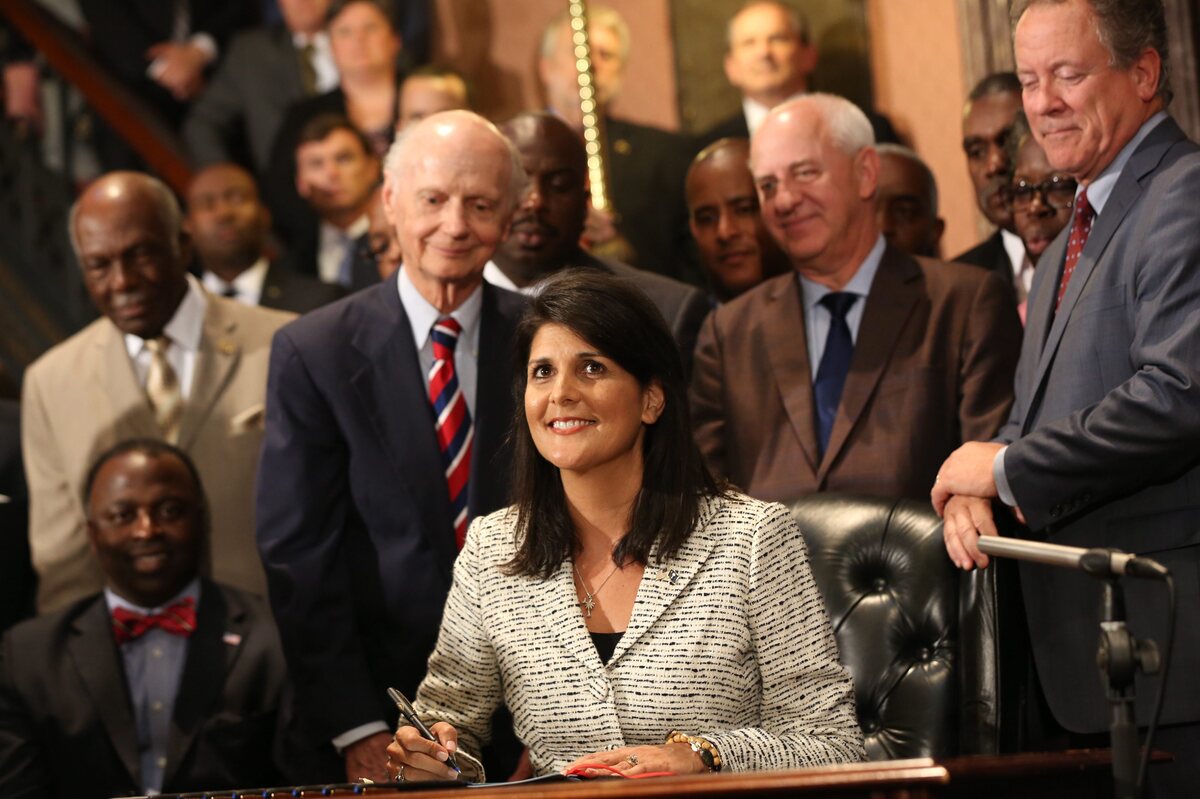 With her predecessors in the governor's office and others looking on, Gov. Nikki Haley signs into law a bill that removes the Confederate flag from the State House in Columbia.

In a public signing ceremony staged in the lobby of the Statehouse where slain Rev. Clementa Pinckney once worked in the state Senate, South Carolina Gov. Nikki Haley signed a bill to remove the Confederate battle flag from a flagpole on the Capitol grounds.

Thursday afternoon's event drew an extensive list of South Carolina's political establishment, including former Govs. Jim Hodges, David Beasley and Dick Riley — as well as the families of Pinckney and the eight other shooting victims who were attacked in a black church in Charleston last month.

"Now this is about our children," Haley told the audience, saying that after the emotions of the past weeks have faded, the response to the violence in Charleston will be a proud chapter of the state's history.

"Today, I am very proud to say that it is a great day in South Carolina," Haley said, sparking a round of applause.

She then set about signing the bill. After Haley had applied her signature, she announced that nine commemorative pens from the signing ceremony would be given to the families of the nine victims. She also gave a pen to Beasley, who called for taking the flag down during his one-term administration in the late 1990s.

The Confederate battle flag is scheduled to be taken down from the Statehouse grounds in South Carolina at 10 a.m. ET Friday.

Haley began her remarks by stating, "Look at everybody around us" — noting the political and racial diversity in the room.

She said that the response to last month's shootings at Charleston's Emanuel AME Church — from the victims' acceptance of a stranger into their midst to the forgiveness extended by their relatives — told "the true story of South Carolina."

Haley said that in the weeks that followed, "that compassion motivated action." She added, "So the action was taken by the General Assembly."

The bill was authorized in the early hours of Thursday, after hours of debate by the state House of Representatives.

That debate included a call to preserve the banner as a symbol of Civil War heritage — and an answering call to take "a symbol of hate" down from its spot of honor in front of the Statehouse and next to Columbia's Main Street.

Haley signed the bill less than three weeks after she held a high-profile news conference with the state's congressional delegation and other leaders in which she called for the flag to come down.