Accessibility links
Bemused Or Irritated? Pope Reacts To Gift Of 'Communist Crucifix' : The Two-Way Francis received an unusual gift from Bolivian President Evo Morales — a crucifix in the shape of a hammer and sickle.

Bemused Or Irritated? Pope Reacts To Gift Of 'Communist Crucifix'

Bemused Or Irritated? Pope Reacts To Gift Of 'Communist Crucifix' 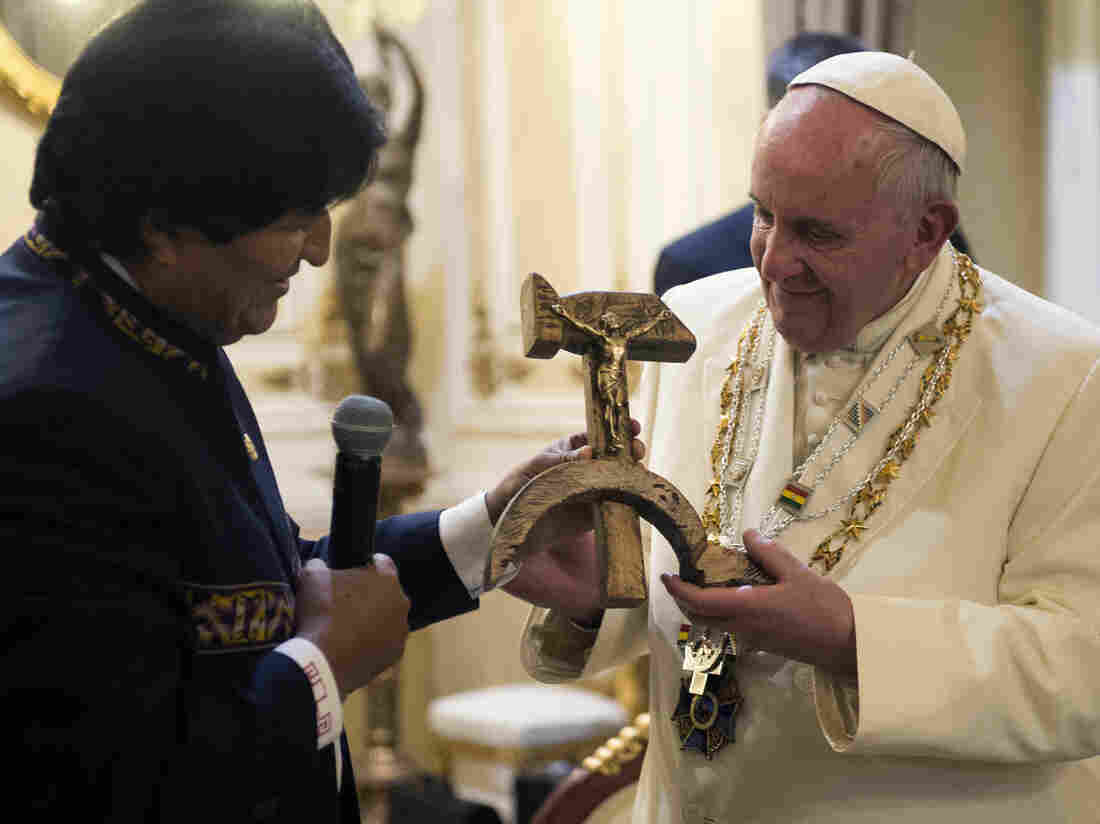 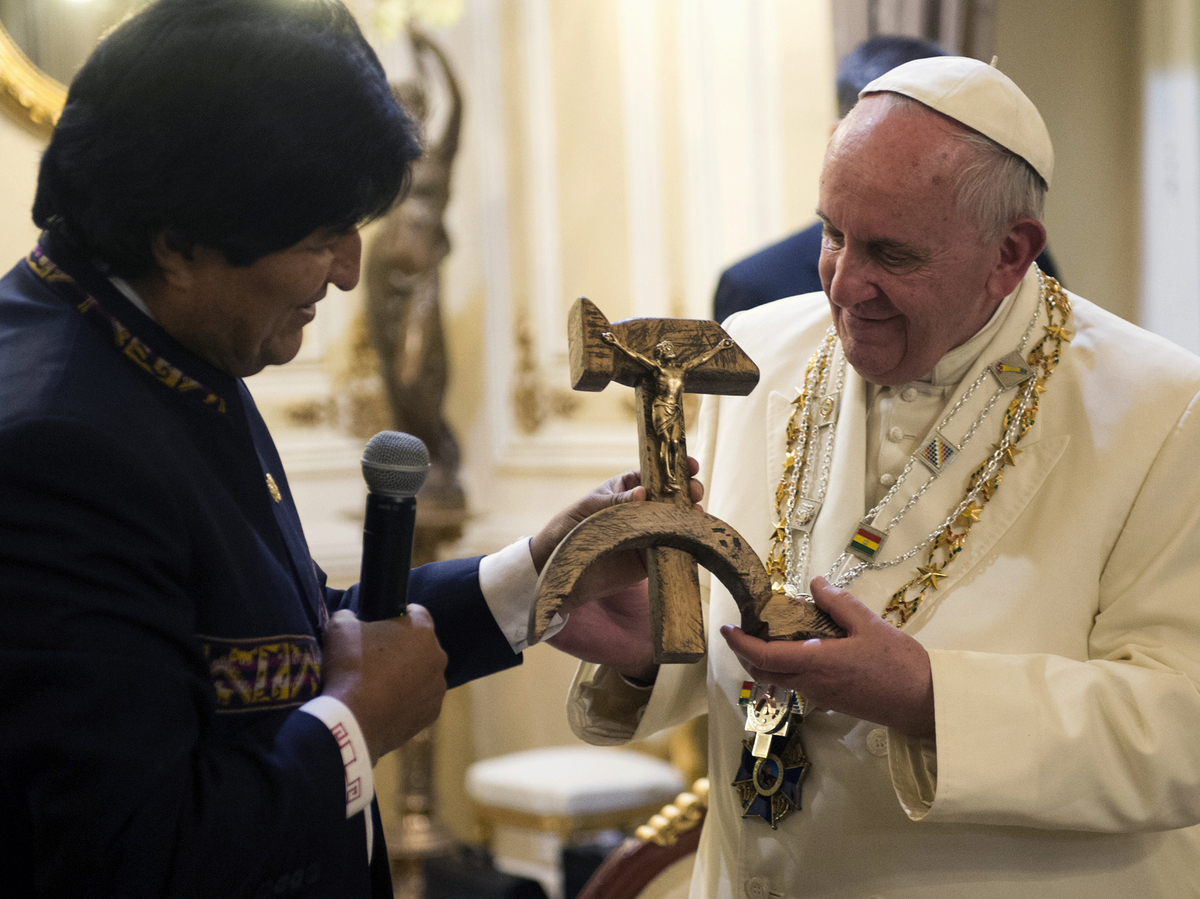 Bolivian President Evo Morales presents Pope Francis with a crucifix carved into a wooden hammer and sickle in La Paz, Bolivia, on Wednesday.

Pope Francis normally receives all gifts with a polite thanks and smile. But the pontiff's reaction earlier this week when Bolivia's president gave him a crucifix in the shape of a communist hammer and sickle is open to interpretation.

The Guardian reports: "The gift from the leftwing leader [Evo Morales] caused an immediate stir among conservative Catholics who said the pontiff was being manipulated for ideological reasons."

The present was given to the pope during a visit to the presidential palace in La Paz on Wednesday.

Here's a video of the exchange:

According to The Telegraph, Francis, who is on a three-nation tour of South America, muttered "eso no está bien" ("That is not right") before handing the object back to one of Morales' aides. However, Vatican spokesman Federico Lombardi is quoted by the Guardian as saying that the pope "is more likely to have uttered 'eso no sabía bien' ('I didn't know that') in bemusement at the origins of the present."

The Telegraph quotes Bolivian officials as explaining "that the gift was a replica of a crucifix made by Father Luis Espinal, a human-rights activist who was killed by a paramilitary death squad in 1980. The Pope had earlier prayed at the site of the murder of his fellow Jesuit en route to the presidential palace."

Francis has had much to say about poverty and capitalism since he succeeded Pope Benedict XVI in 2013 and the theme has been a focus of his current tour.

As The Associated Press noted earlier this week, the pope's message in South America has been "an impassioned call for a new economic and ecological world order where the goods of the Earth are shared by everyone, not just exploited by the rich."