Accessibility links
Ellen Pao Out As Reddit CEO : The Two-Way Pao has been at the center of a controversy following the still-unexplained dismissal of a popular figure in the site's r/IAmA section. She is being replaced by Steve Huffman, the site's original CEO. 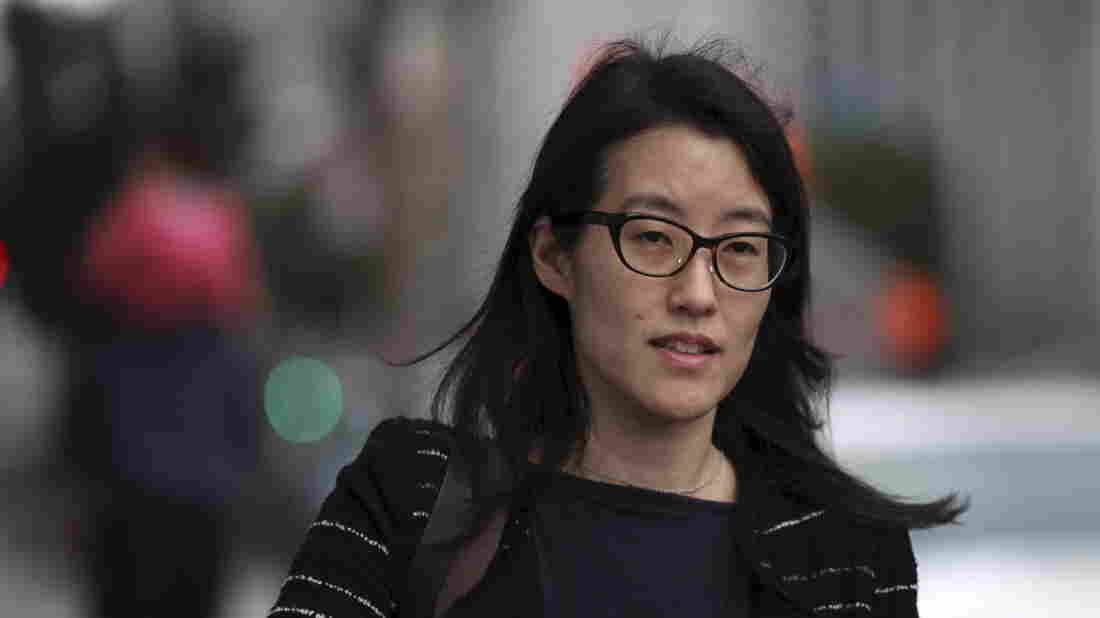 "In my eight months as reddit's CEO, I've seen the good, the bad and the ugly on reddit," Ellen Pao says, in a statement posted to the site. "The good has been off-the-wall inspiring, and the ugly made me doubt humanity." Robert Galbraith/Reuters/Landov hide caption 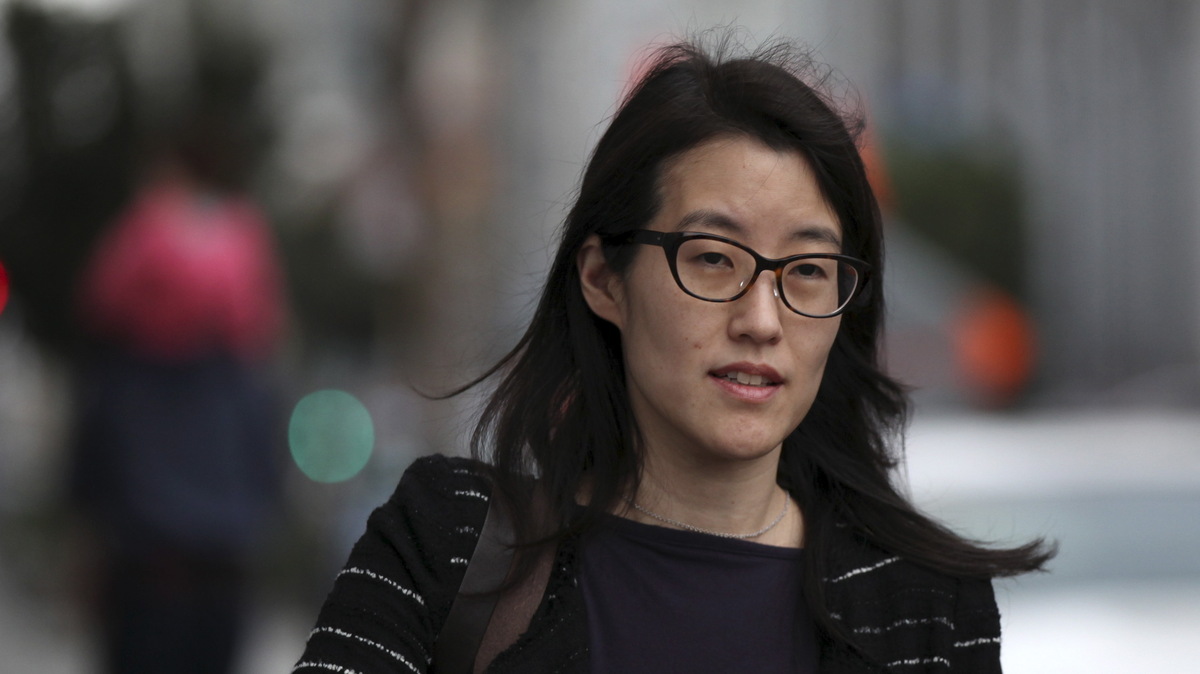 "In my eight months as reddit's CEO, I've seen the good, the bad and the ugly on reddit," Ellen Pao says, in a statement posted to the site. "The good has been off-the-wall inspiring, and the ugly made me doubt humanity."

Reddit interim CEO Ellen Pao has resigned from the company in the wake of an insurrection last week in which moderators shut down many of the site's most popular sections following the still-unexplained dismissal of a popular figure in the site's r/IAmA section.

"We are thankful for Ellen's many contributions to reddit and the technology industry generally," the statement said. "She brought focus to chaos, recruited a world-class team of executives, and drove growth. She brought a face to reddit that changed perceptions, and is a pioneer for women in the tech industry. She will remain as an advisor to the board through the end of 2015. I look forward to seeing the great things she does beyond that."

The statement said the departure was by mutual agreement.

"In my eight months as reddit's CEO, I've seen the good, the bad and the ugly on reddit," Pao said in a separate posting on the site. "The good has been off-the-wall inspiring, and the ugly made me doubt humanity."

Pao was named interim CEO last November after CEO Yishan Wong resigned amid a controversy over the publication of stolen celebrity photographs on reddit.

In her statement today, she added:

"I just want to remind everyone that I am just another human; I have a family, and I have feelings. Everyone attacked on reddit is just another person like you and me. When people make something up to attack me or someone else, it spreads, and we eventually will see it. And we will feel bad, not just about what was said. Also because it undercuts the authenticity of reddit and shakes our faith in humanity."

As we have been reporting, Pao was the focus of much anger following the dismissal of Victoria Taylor, who ran reddit's r/IAmA (Ask Me Anything) section. Taylor, as NPR's Steve Mullis reported, "was often organizer, mediator and even transcriber for many of the AMAs." The section draws actors, musicians, President Obama and even NPR reporters to answer questions submitted from the vast community.

Steve reported that Taylor's sudden departure prompted "moderators of r/IAmA [to] set the section to 'private,' effectively closing it to anyone but the moderators. Once word of Taylor's firing began to spread, moderators of other popular sections (called subreddits) that cover movies, science, gaming and a host of others also went private, making much of reddit essentially useless to regular site visitors."

But that did little to quell demands for her resignation.

In comments on reddit, Alexis Ohanian, the site's co-founder, lauded Pao's work at the company and said it was his "decision to change how we work with AMAs and the transition was my failure and I hope we can keep moving forward from that lesson."

Pao herself addressed why she was leaving the company.

"Ultimately, the board asked me to demonstrate higher user growth in the next six months than I believe I can deliver while maintaining reddit's core principles," she said in her posting.

Reddit, which is commonly known as "the front page of the Internet," has more than 160 million monthly visitors.

Pao is a figure of controversy in Silicon Valley. She unsuccessfully sued her former employer Kleiner Perkins Caufield and Byers, a venture capital firm, claiming that systemic gender discrimination meant she was denied for promotions and ultimately fired.

Huffman, the new CEO, founded Reddit in 2005 with Ohanian, his roommate at the University of Virginia. It was bought in 2006 by Advance Publications, the parent company of Condé Nast, which owns The New Yorker and Vanity Fair. Huffman left the company soon after that to pursue other ventures.