Accessibility links
Strong Typhoon Slams Shanghai, Second In A Week For China : The Two-Way Chan-hom, packing winds of 100 mph, made landfall just south of Shanghai, forcing the evacuation of more than a million residents.

Strong Typhoon Slams Shanghai, Second In A Week For China

Strong Typhoon Slams Shanghai, Second In A Week For China 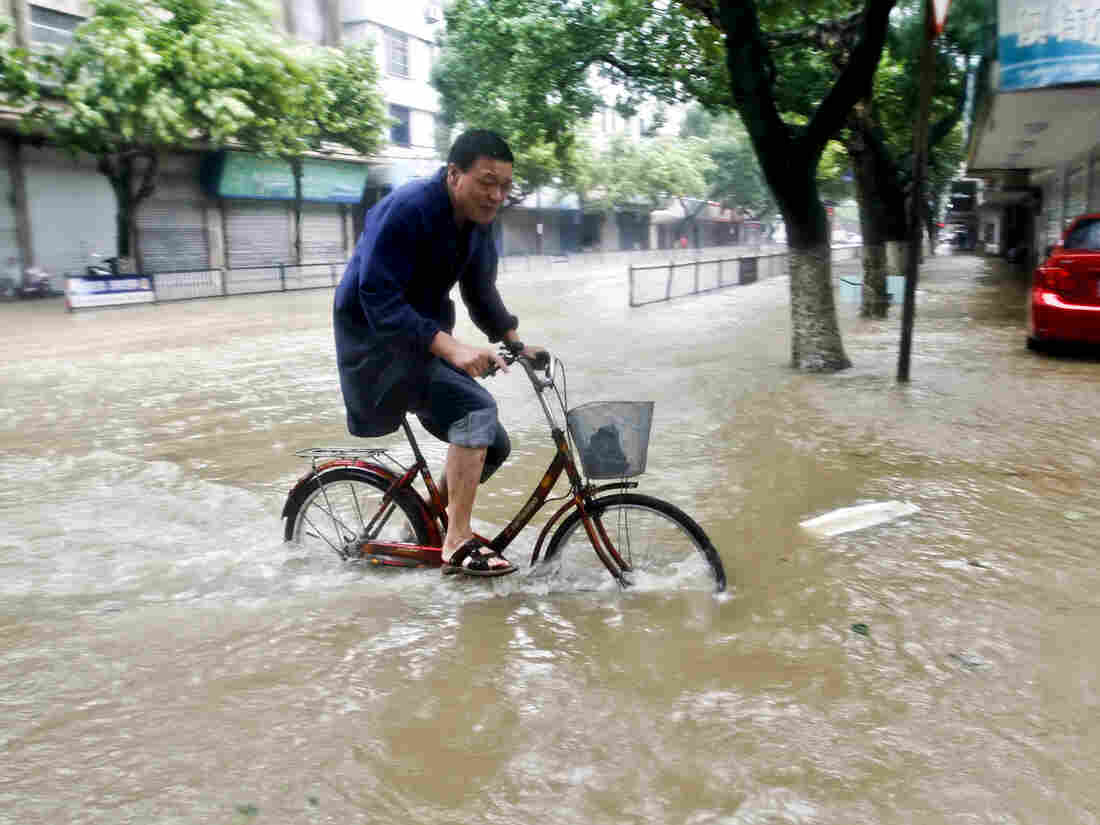 A resident rides a bicycle on a road submerged by water in Xiangshan county, east China's Zhejiang Province, on Saturday after Typhoon Chan-hom hit the Chinese coast south of Shanghai, forcing 1.1 million people to evacuate. He Yousong/AP hide caption 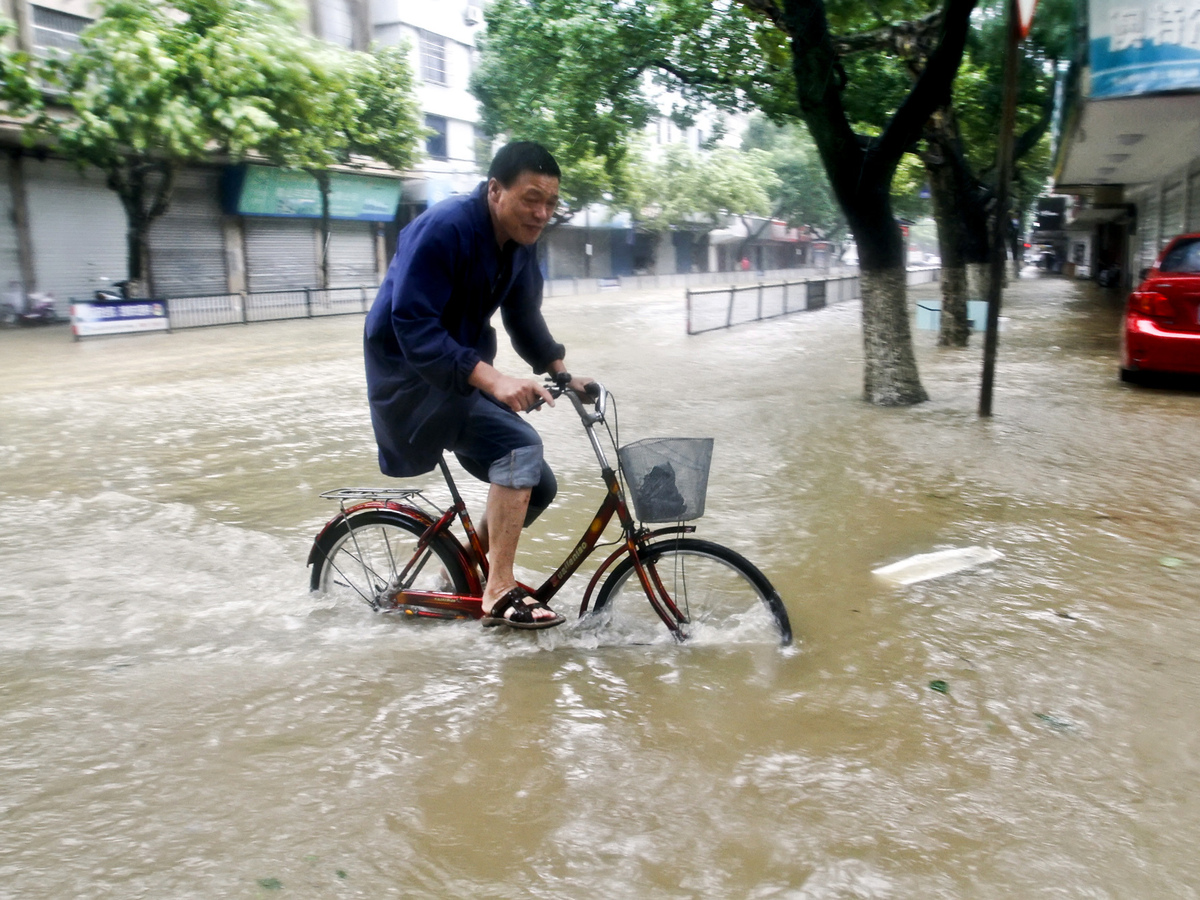 A resident rides a bicycle on a road submerged by water in Xiangshan county, east China's Zhejiang Province, on Saturday after Typhoon Chan-hom hit the Chinese coast south of Shanghai, forcing 1.1 million people to evacuate.

Typhoon Chan-hom has come ashore just south of Shanghai, packing winds of up to 100 mph, forcing more than a million people to flee their homes and shutting down hundreds of flights at the region's airports.

Cham-hom is the second major storm to hit China this week, after Typhoon Linfa forced tens of thousands of people to evacuate in Guangdong province in the country's south.

China's official Xinhua news agency says no deaths or injuries from the storm have been reported so far.

"Some 1.1 million people were evacuated from coastal areas of Zhejiang and more than 46,000 in neighboring Jiangsu province ahead of the storm, Xinhua said. The provincial flood control bureau said 28,764 ships had been ordered back to port.

"The national weather service said earlier the typhoon might be the strongest to strike China since the communist government took power in 1949. It initially was deemed a super-typhoon but was downgraded at midday Saturday to a strong typhoon."

According to Weather Underground chief meteorologist Jeff Masters: "Of particular concern is Chan-hom's storm surge, which has the potential to bring the highest water levels ever observed into Shanghai, China's most populous city, with 23 million people in the metro area," Masters writes. "A storm of this magnitude is sure to pile up a large storm surge, particularly since Chan-hom is a very large typhoon with tropical-storm force winds that extended outwards up to 310 miles from the center."

According to Xinhua, more than 600 airline flights were canceled in the cities of Hangzhou, Ningbo, Wenzhou and Taizhou. Bus and passenger ferry service was also suspended.

"The storm dumped rain on the northern Philippines and Taiwan, where several flights were suspended. The stock market and public offices were closed Friday in Taipei, Taiwan's capital."