Accessibility links
Serena Williams Wins 21st Grand Slam Title At Wimbledon : The Two-Way For Williams, it leaves her one shy of Steffi Graf and at third place for the all-time women's Grand Slam record. 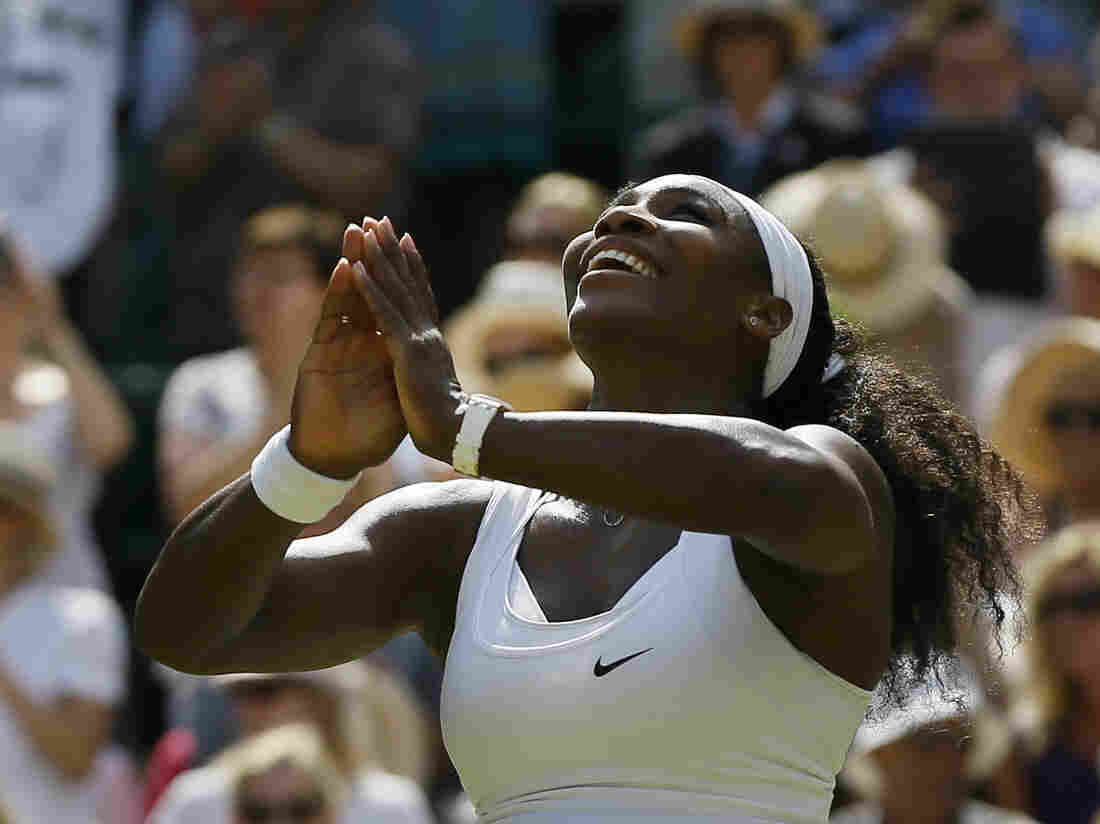 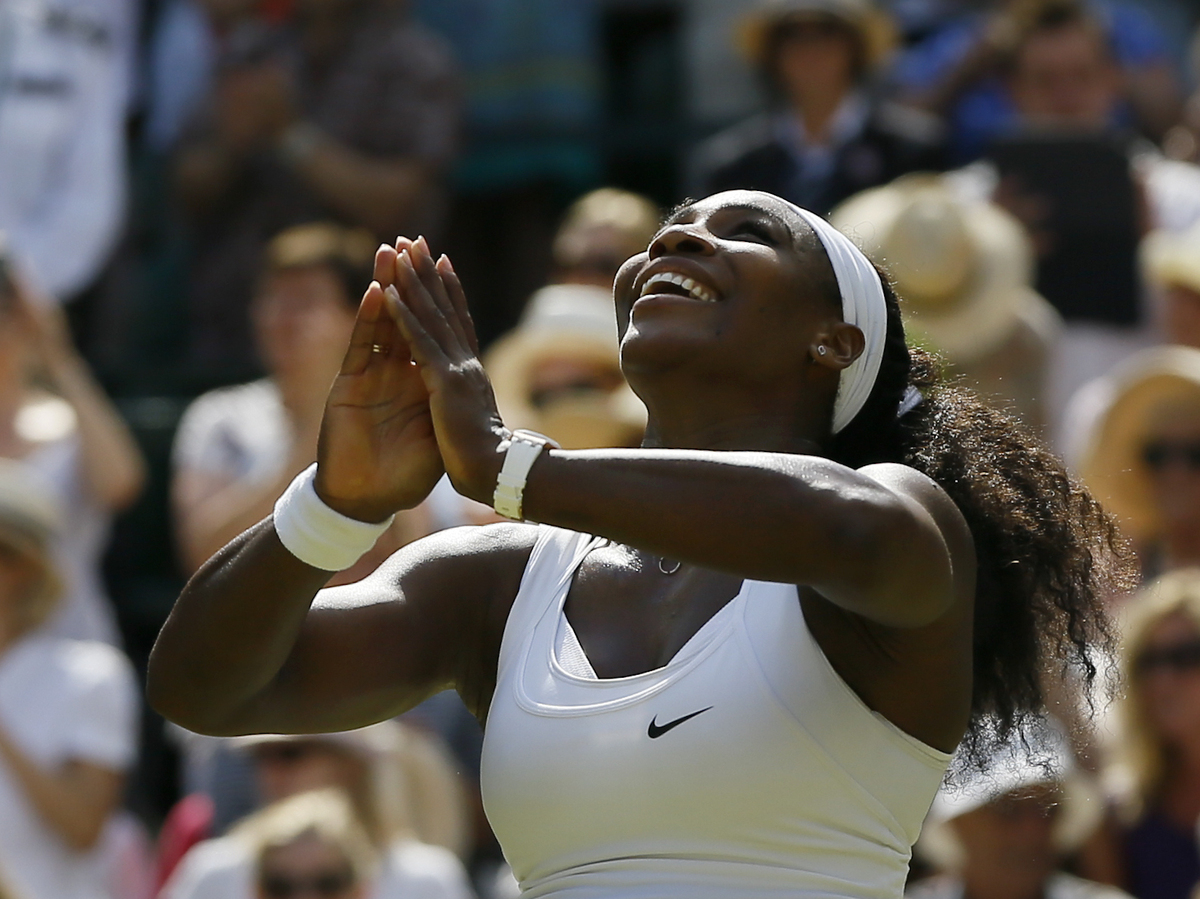 Serena Williams wins the singles match against Garbine Muguruza of Spain after the women's singles final at the All England Lawn Tennis Championships in Wimbledon, London, on Saturday. Williams won 6-4, 6-4.

Serena Williams won her 21st Grand Slam title in a Wimbledon final against a much younger opponent, 21-year-old Garbine Muguruza of Spain.

For Williams, 33, it was her fourth Grand Slam championship in a row and her 25th career Grand Slam title match. It was Muguruza's first. Williams beat Muguruza 6-4, 6-4.

"Yeah, I'm having so much fun out here, you know, I just never dreamt I would be out here still and let alone winning," Williams told the crowd at Wimbledon after accepting her trophy.

NPR's Tom Goldman says Muguruza looked like she might be able to pull off an upset, leading 4-2 in the first set. But "Williams found another gear," winning the set 6-4. And took a 5-1 lead in the second before winning that set, too.

The Associated Press writes: "It's the second time in her career that Williams holds all four Grand Slam titles at once. If she wins the U.S. Open, she will become the first player to sweep all four majors in the same season since Steffi Graf in 1988."

"Williams has already won both the Australian Open and the French Open this year, and has won three straight Grand Slam tournaments dating back to last year's U.S. Open. She defeated Maria Sharapova in the 2015 Wimbledon semifinals, while Muguruza beat Agnieszka Radwanska.

"Last year's Wimbledon women's final was won by Petra Kvitova, who defeated Eugenie Bouchard in two sets. Williams was eliminated in that tournament in the third round by Alize Cornet, while Muguruza​ lost in the first round to Coco Vandeweghe."

"Muguruza ... shocked Williams in the second round of last year's French Open.

"It was Williams' most lopsided loss at a major and she finished with 29 unforced errors and only eight winners, a complete flip of how she looked against Sharapova with 29 winners to 15 errors."