Accessibility links
Mexican Drug Lord 'El Chapo' Guzman Slips Out Of Prison ... Again : The Two-Way The kingpin reportedly went to the showers Saturday night and was not seen again. He made a similar escape in 2001 with help from prison guards. 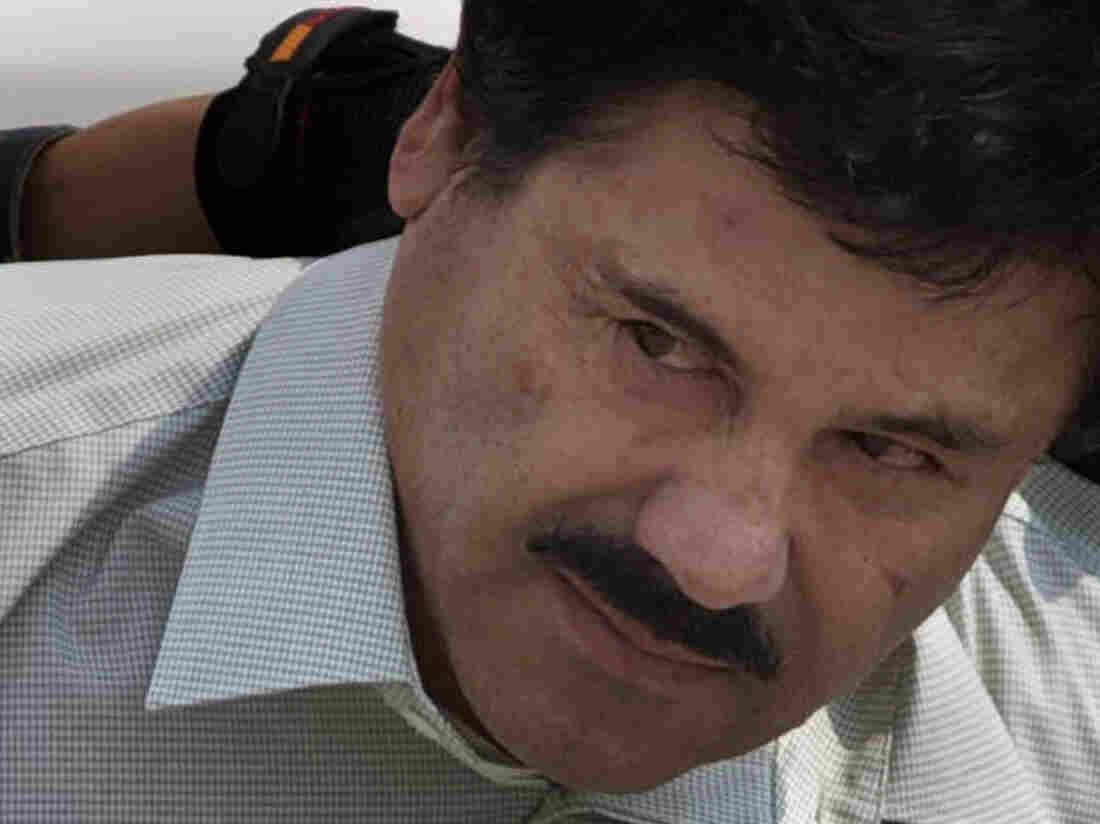 Joaquin "El Chapo" Guzman is escorted to a helicopter in handcuffs by Mexican navy marines at a navy hanger in Mexico City after his capture last year. Mexico's security now say Guzman has escaped from a maximum security prison for the second time. Eduardo Verdugo/AP hide caption 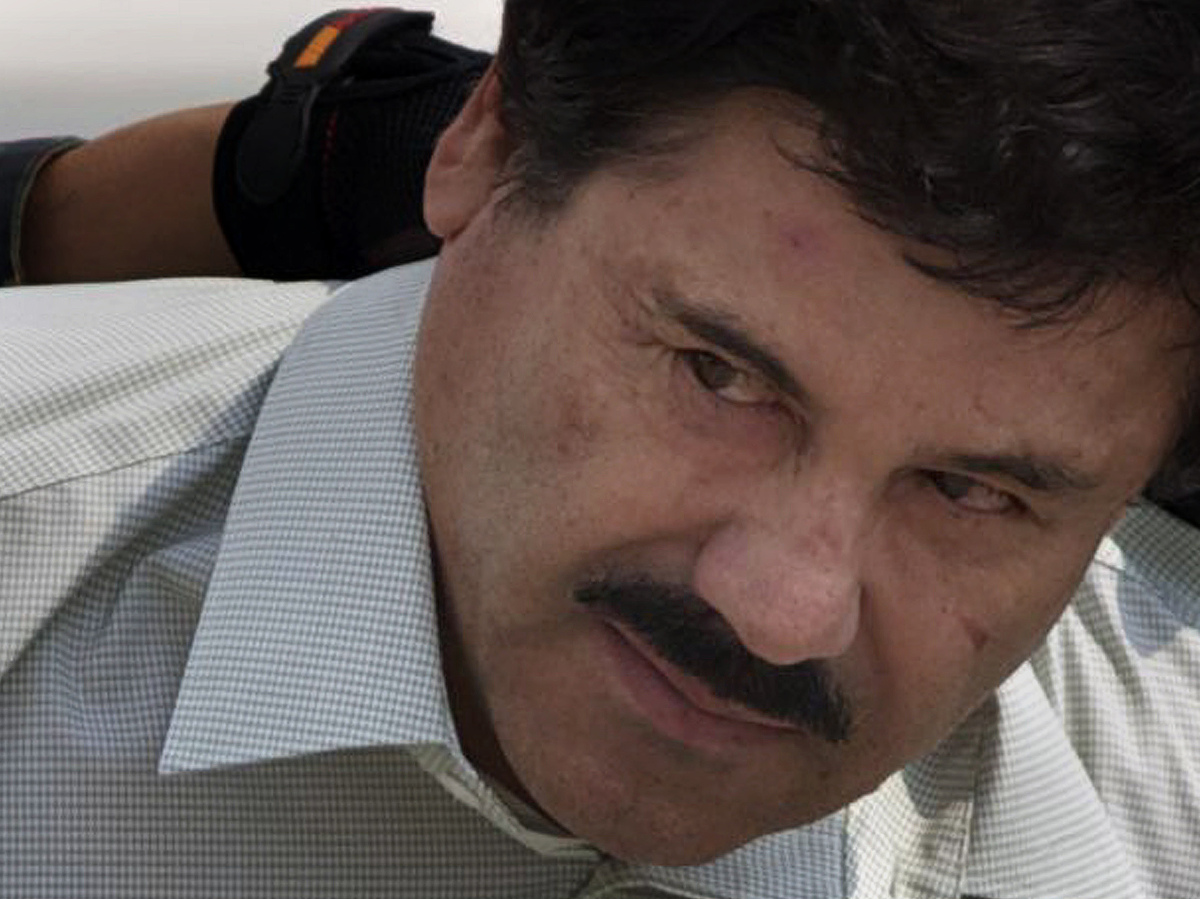 Joaquin "El Chapo" Guzman is escorted to a helicopter in handcuffs by Mexican navy marines at a navy hanger in Mexico City after his capture last year. Mexico's security now say Guzman has escaped from a maximum security prison for the second time.

For the second time in 15 years, Mexican drug kingpin Joaquin "El Chapo" Guzman has escaped from a maximum security prison — this time less than 18 months after his re-arrest and a pledge from authorities that he would not get out again.

Mexico's National Security Commission said in a statement that Guzman went to the showers shortly after 9 p.m. A later check of his cell found it empty.

Mexican officials later said they found a nearly 1-mile tunnel leading away from Guzman's cell and opening up into an under-construction building outside the prison walls.

"A manhunt began immediately late Saturday for the head of the powerful Sinaloa Cartel, which has an international reach and is believed to control most of the major crossing points for drugs at the U.S. border with Mexico.

"Associated Press journalists near the Altiplano prison, 56 miles west of Mexico City, said the roads were being heavily patrolled by Federal Police, who had also set up checkpoints. Flights were also suspended at Toluca airport near the penitentiary in the state of Mexico."

As Carrie Kahn reported at the time of his capture in February last year, Guzman, the head of Mexico's Sinaloa drug cartel, had been on the run for years after his 2001 escape.

Carrie wrote that there had been frequent sightings of Guzman in the intervening years:

"[His] operation is said to be active in four continents, including Africa, Europe and Australia, with annual profits of more than $3 billion a year.

"That's plenty of money to bribe officials and build a security detail that has long left him several steps ahead of arresting authorities."

He was first arrested in Guatemala in 1993, extradited and sentenced to 20 years on drug-trafficking charges. He escaped from the maximum security Puente Grande prison with the help of prison guards, the AP says. "The lore says he escaped in a laundry cart, although there have been several versions of how he got away," according to the news agency.

After his re-arrest last year, the U.S. requested Guzman's extradition, but Mexican judges quickly ruled that he would first stand trial in Mexico.

"We share the Government of Mexico's concern regarding the escape of Joaquin Guzman Loera "Chapo" from a Mexican prison," Attorney General Loretta Lynch said in a statement. "In addition to his crimes in Mexico, he faces multiple drug trafficking and organized crime charges in the United States.

"The U.S. government stands ready to work with our Mexican partners to provide any assistance that may help support his swift recapture," Lynch said.