Accessibility links
Scott Walker Sidles Into A Crowded GOP Presidential Field : The Two-Way The Wisconsin governor best known for his high-profile fight with unions and for winning a recall election in 2012 becomes the latest GOP candidate to declare a presidential bid. 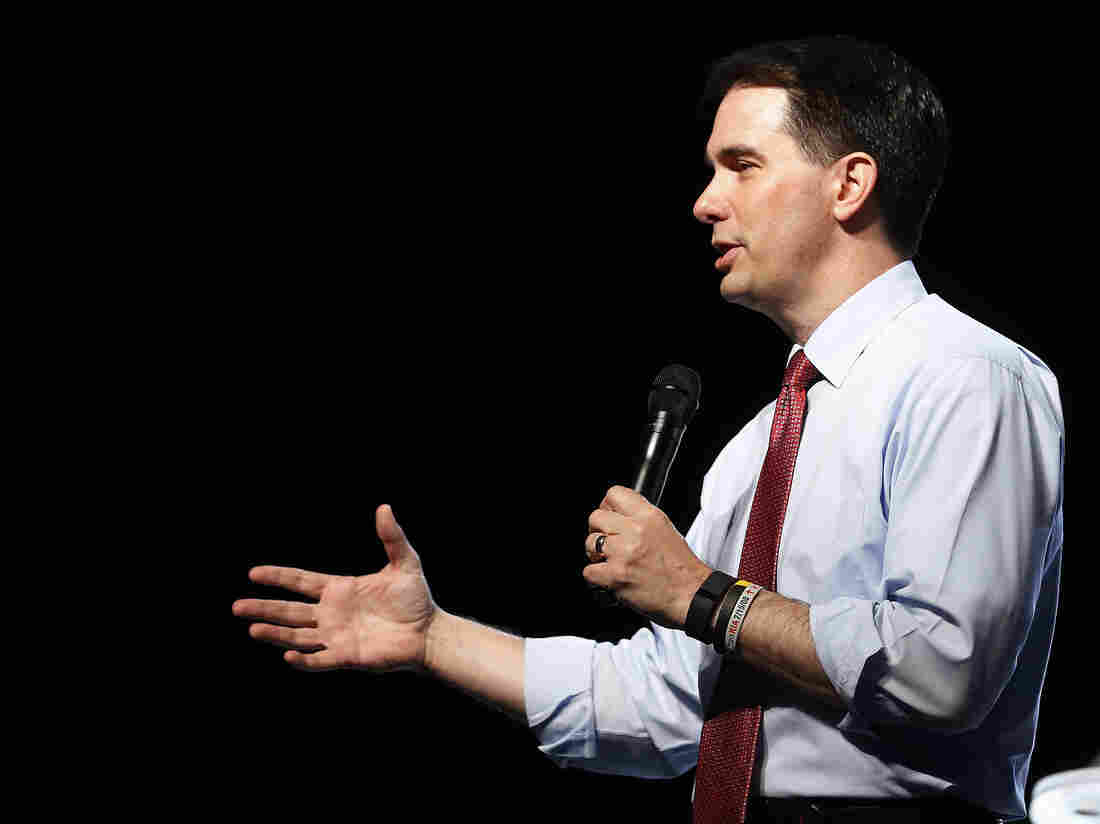 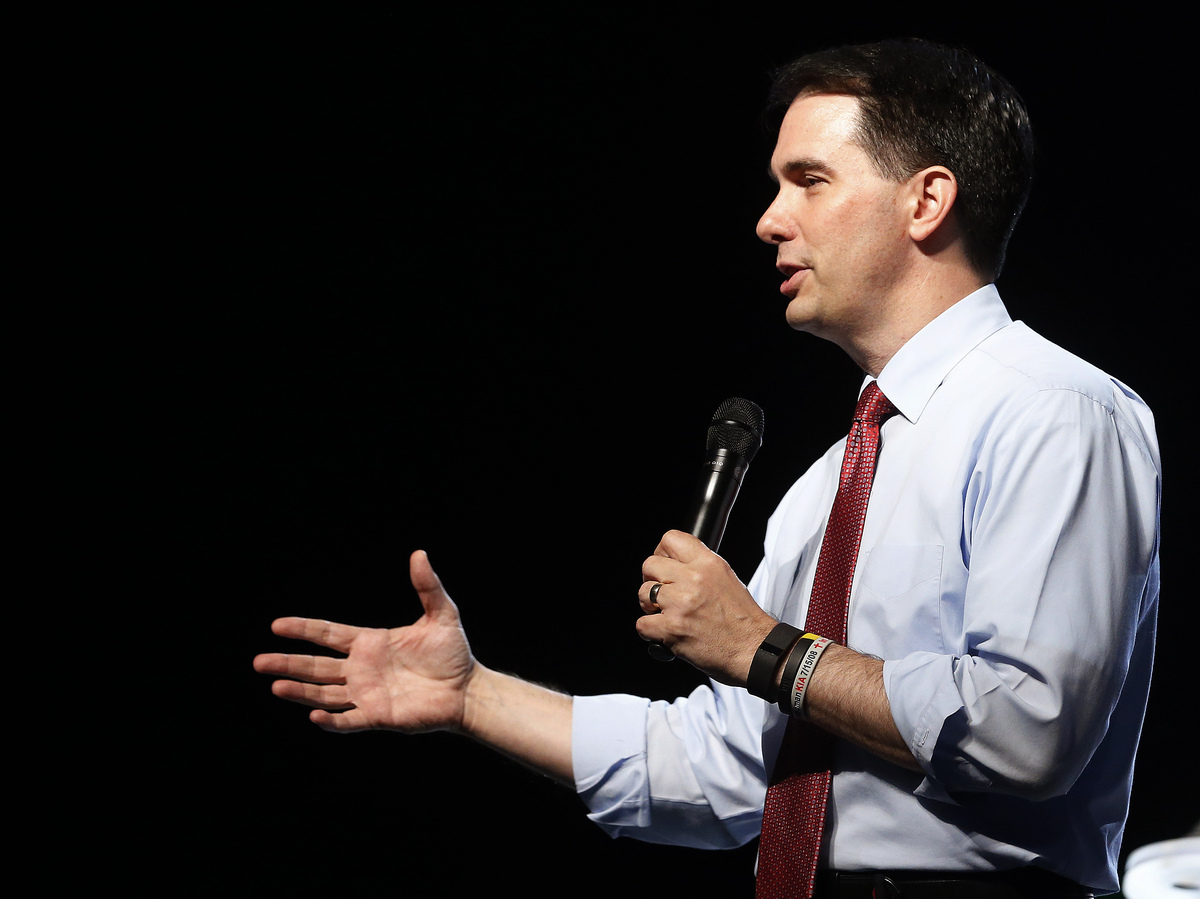 Wisconsin Gov. Scott Walker speaks at the Western Conservative Summit, hosted by the Centennial Institute, Colorado Christian University's think tank, in Denver, last month. Walker is announcing a run for the White House, joining more than a dozen Republicans to enter the 2016 contest.

Wisconsin Gov. Scott Walker — best known for his high-profile fight with his state's unions and for surviving a 2012 recall vote — steps into a competition for the GOP presidential nomination so crowded with contenders that he will be forced to fight for attention just to get his message out.

"I'm in. I'm running for president because Americans deserve a leader who will fight and win for them," Walker tweeted Monday morning.

It's here. It's out. Introducing, the official campaign logo. RT if you're excited for Scott Walker! #Walker16 -STAFF pic.twitter.com/OcPvmAI2Qh

Later, at a rally in Waukesha, Wis., Walker said: "Americans want to vote for something and for someone. So let me tell you what I'm for: I'm for Reform. Growth. Safety."

The New York Times writes: "While Mr. Walker is ahead in some opinion polls, including for Iowa's first-in-the-nation caucuses, a series of early gaffes alarmed party leaders and donors and led Mr. Walker to begin several months of policy tutorials. The collective hope is that Mr. Walker can avoid what Mr. Goeas and other advisers describe as Sarah Palin's problem — becoming a candidate who is initially popular among Republicans, like the 2008 vice-presidential nominee, but loses luster because of missteps as the campaign goes on."

Politico elaborates on Walker's strong appeal in Iowa, but cautions that he has work to do before the New Hampshire primary:

"Caucus insiders pointed to the Wisconsin governor's success in taking on unions and winning a recall election and then re-election in 2014, and lauded his appeal to middle class voters. But they also pointed to the two-term governor's vulnerabilities: 87 percent of Granite State Republicans say he couldn't win New Hampshire right now, which echoes national polling showing Walker running strong in Iowa, a neighboring Midwestern state, but falling to the middle of the pack in New Hampshire."

The Hill puts Walker at No. 2 on its list of Republicans "most likely to win the GOP's 2016 nod."

"An Iowa win would help Walker position himself as the main conservative challenger to Bush. If he locked in that status with an adequate performance in New Hampshire and a stronger one in more ideologically friendly South Carolina, other conservatives are likely to drop out. Walker would be perfectly placed to hoover up their support.

"The bad news: Skeptics question whether Walker ... has the personal dynamism to deliver on his potential."