Accessibility links
Pluto Mission Gets A Poetic Tribute : The Two-Way Skunk Bear's latest video celebrates the hundreds of pictures taken by the New Horizons space probe over the past decade.

Pluto Mission Gets A Poetic Tribute

Pluto Mission Gets A Poetic Tribute

Tuesday morning, the New Horizons space probe zipped past Pluto going 30,000 miles per hour. It carries the ashes of the man who discovered the dwarf planet, along with several spectrometers to analyze Pluto's surface and one telescopic camera.

That camera has been busy for the past decade, snapping hundreds of photos of Jupiter first, and then Pluto. Those images were stitched together to create this video. The words that accompany the video come from Ray Bradbury, who read his poem "If Only We Had Taller Been" at a celebration of a NASA mission to Mars in 1971.

It's easy to understand the success of the New Horizons mission by looking at two pictures. This used to be our best image of Pluto, captured by the Hubble Telescope. 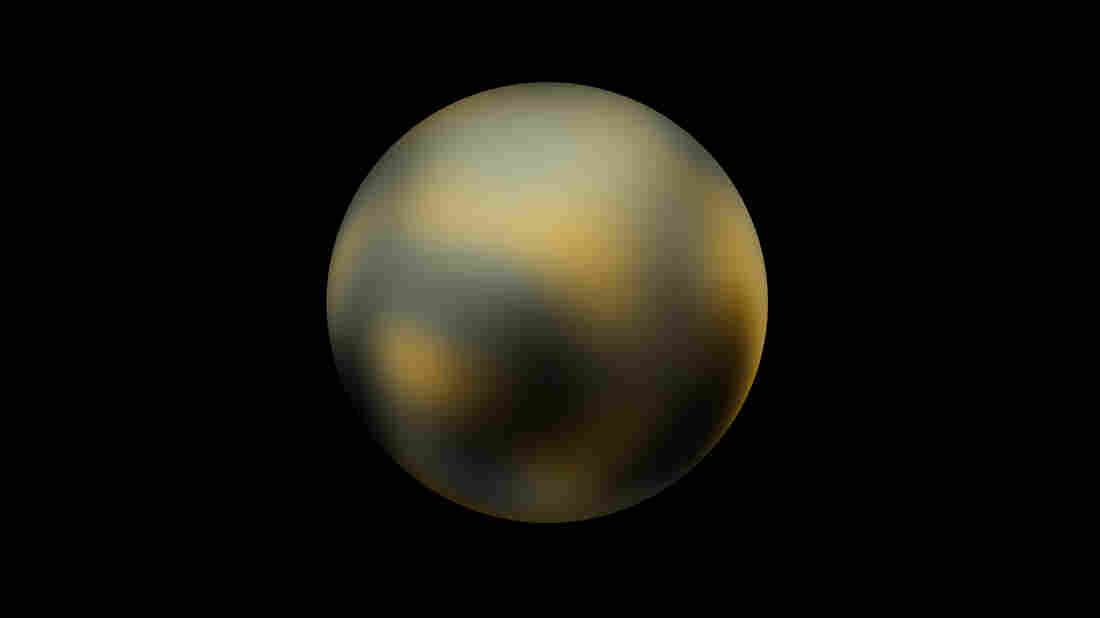 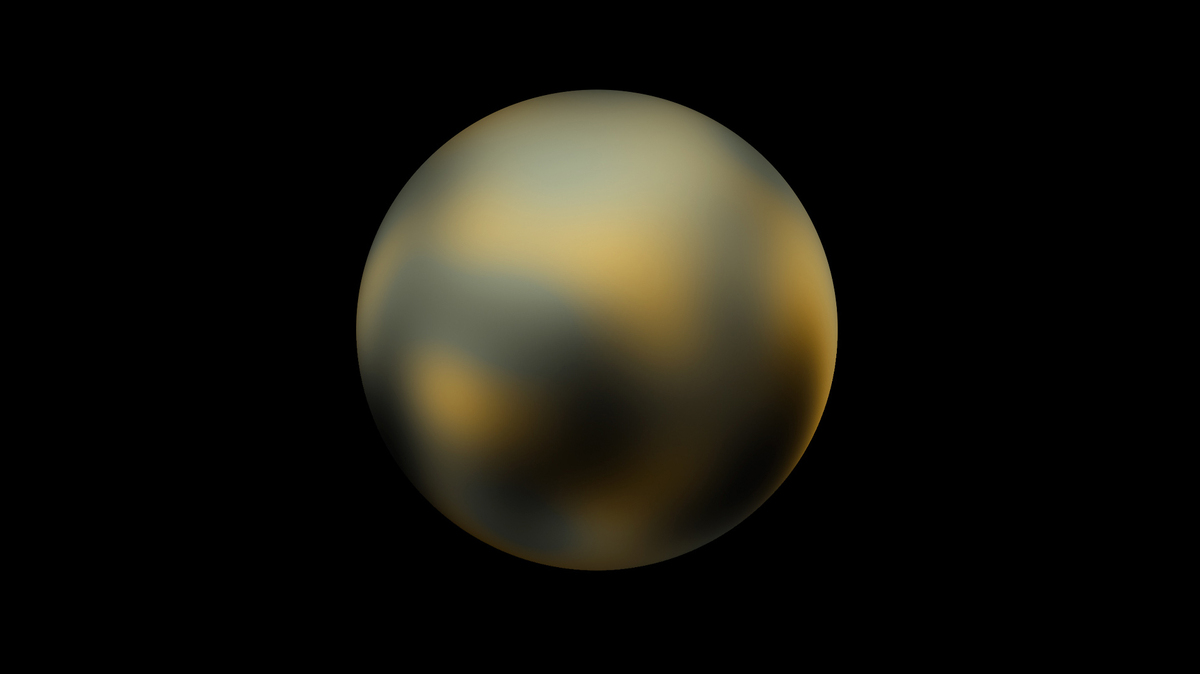 This image was constructed from multiple NASA Hubble Space Telescope photographs taken from 2002 to 2003. 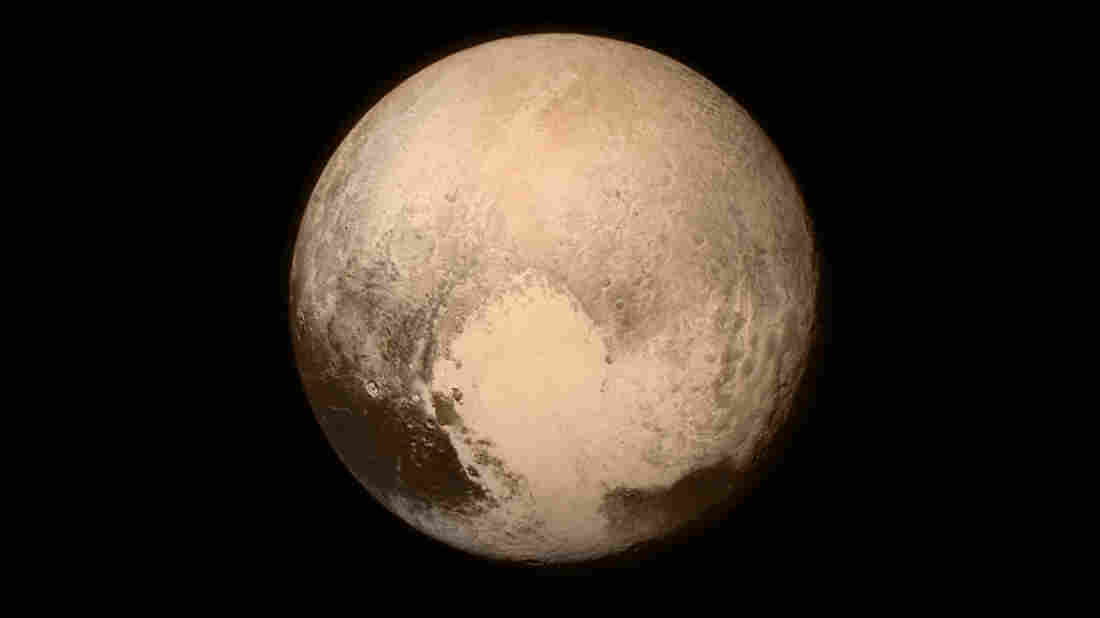 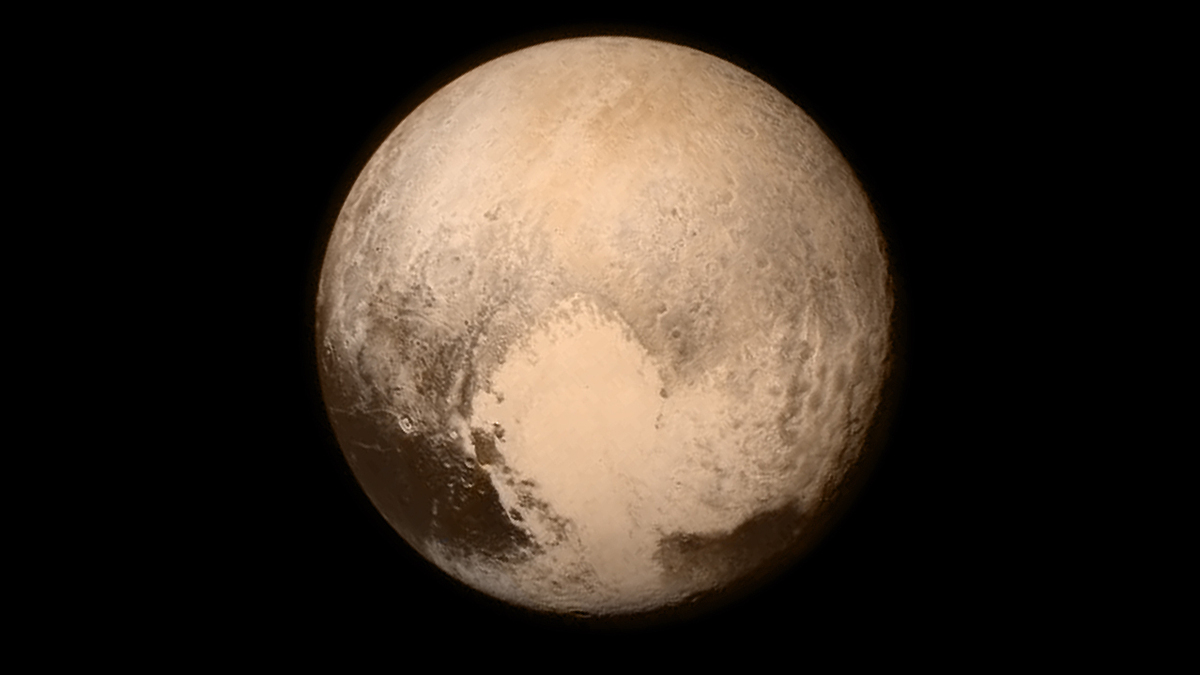 The last image of Pluto taken by New Horizons.

Right now, New Horizons is taking even more detailed pictures of Pluto. If all goes according to plan, we'll soon be able to examine details on its surface.

Watch this minutelong video for a quick overview of the New Horizons mission.