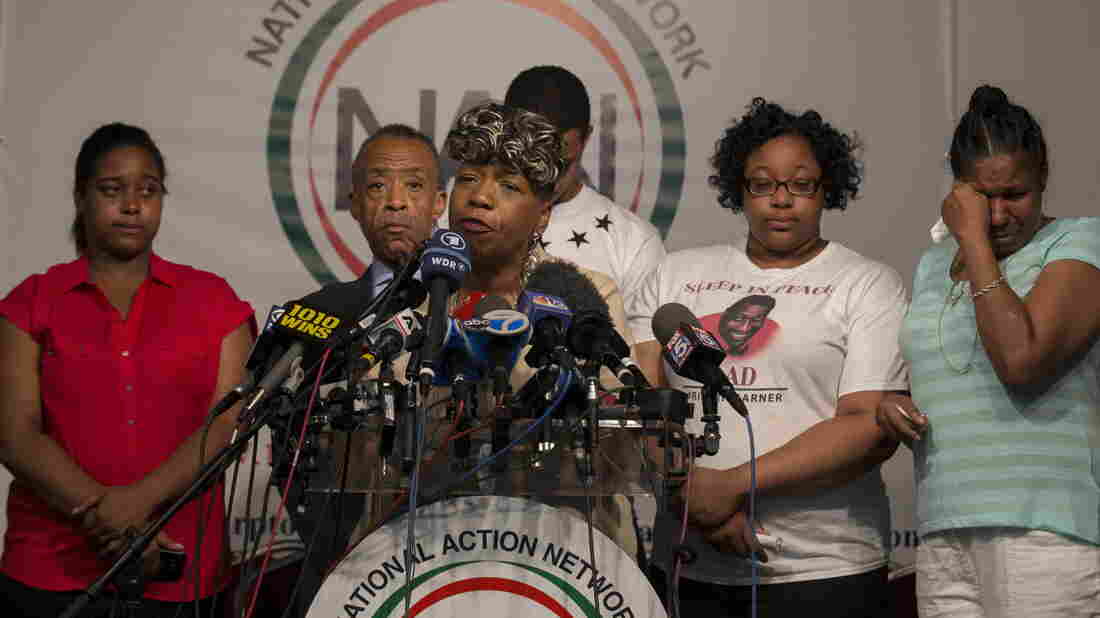 Gwen Carr, the mother of Eric Garner, speaks at a news conference at the National Action Network in New York a day after settling a $5.9 million wrongful death case with the city. At far right is Garner's widow, Esaw Garner. Brendan McDermid/Reuters/Landov hide caption 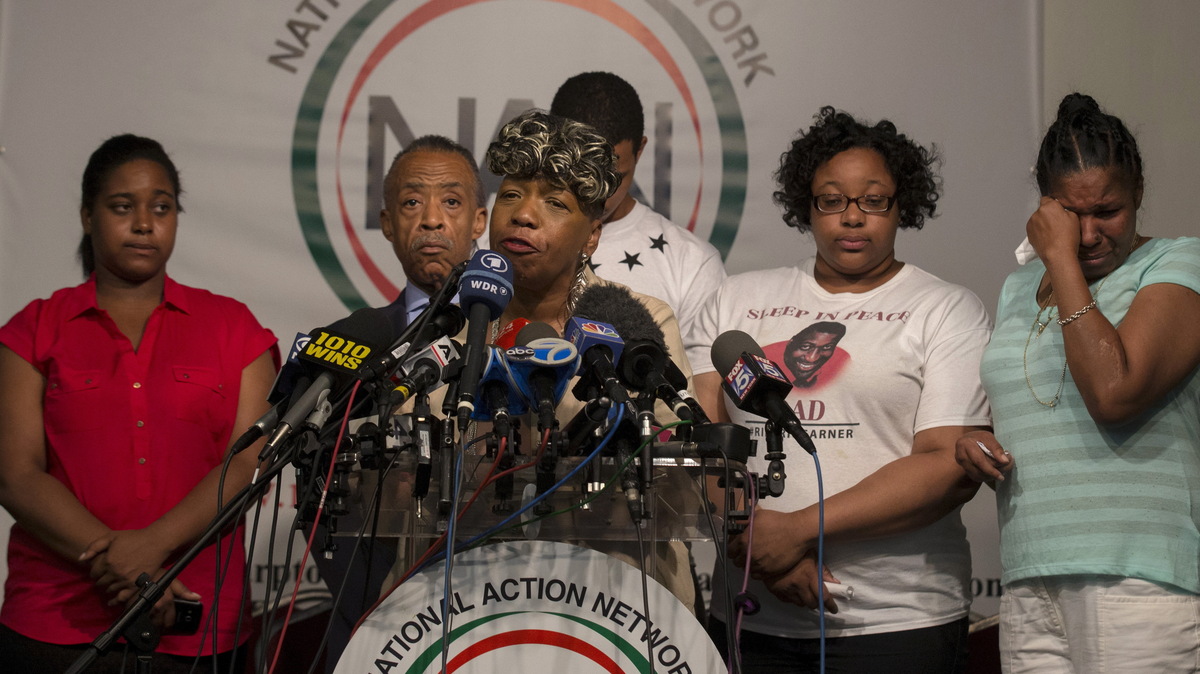 Gwen Carr, the mother of Eric Garner, speaks at a news conference at the National Action Network in New York a day after settling a $5.9 million wrongful death case with the city. At far right is Garner's widow, Esaw Garner.

Having reached a $5.9 million settlement with New York City over Eric Garner's death last summer, Garner's family says they want a federal indictment of a police officer who helped restrain him. A county grand jury previously opted not to indict officer Daniel Pantaleo, who had his arm wrapped around Garner's neck in a chokehold as Garner struggled to breathe.

"They deserve to be prosecuted. They treated my husband like an animal," Garner's widow, Esaw Garner, said of the police officers who were involved.

The U.S. Justice Department announced its own inquiry into Garner's death last December; that inquiry is ongoing.

Garner's family held a news conference alongside the Rev. Al Sharpton on Tuesday, the day after their settlement with the city was announced. In addition to calling for U.S. Attorney General Loretta Lynch to prosecute Pantaleo, the family is planning a rally Saturday to mark the anniversary of Garner's death.

Noting the settlement, Garner's mother, Gwen Carr, said: "Don't congratulate us. This is not a victory. The victory will come when we get justice."

Sharpton said: "Money is not justice. Money is a recognition of the loss of the family. But it does not deal with the criminal wrong." He later added, "They want justice, and they want to fight for justice for others."

Garner died July 17 in Staten Island, N.Y., as the result of an encounter with police that was recorded on video. The widely seen footage showed Garner, who was accused of selling loose, untaxed cigarettes, being taken to the ground by a group of police officers, including Pantaleo.

In the video, Garner was heard saying repeatedly, "I can't breathe."

The New York Medical Examiner eventually ruled Garner's death a homicide, but a grand jury decided not to indict Pantaleo.

The Garner family also reached a settlement with Richmond University Medical Center, which sent responders to the scene. The amount of that settlement has not been publicly revealed.

As news site Staten Island Live reported earlier this year, Pantaleo has been named in several lawsuits, ranging from pending action by the Garner family to other cases. Those claims range from his alleged role in a 2014 car crash to a city settlement over the treatment of two suspects in 2012.