Accessibility links
Grand Jury Testimony In Cold War-Era Rosenberg Case Released : The Two-Way David Greenglass' courtroom testimony helped execute his sister Ethel Rosenberg and her husband, Julius Rosenberg, in 1953. But he later suggested to a reporter it was his own wife who played a role. 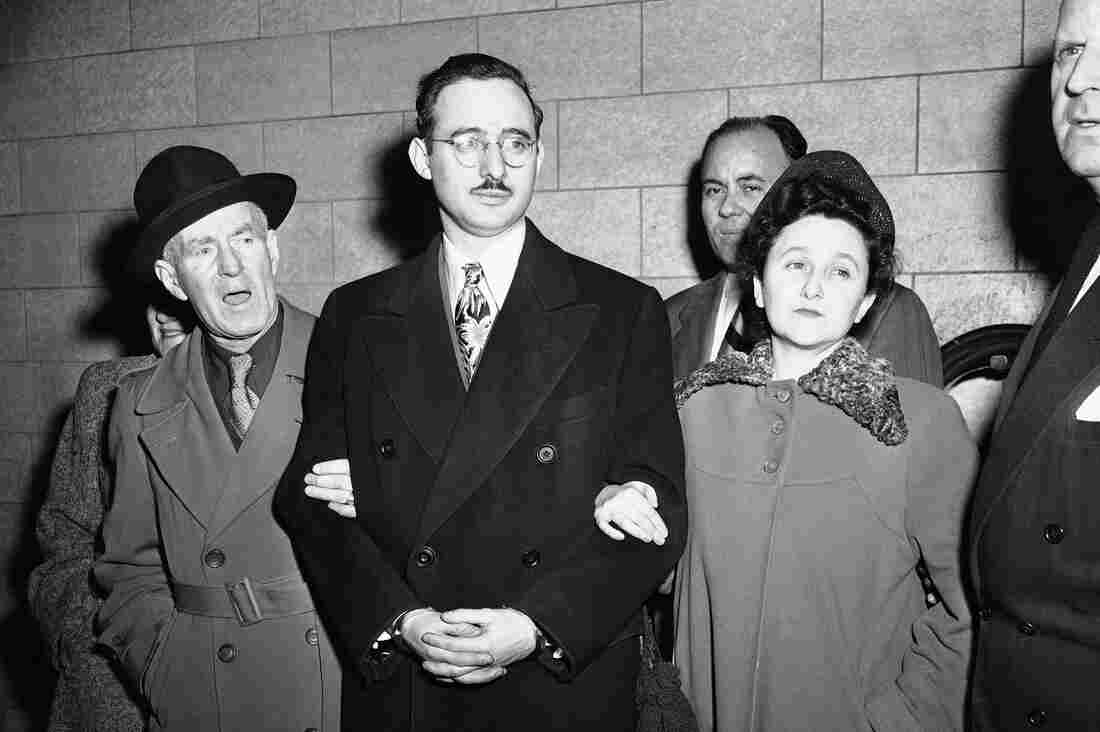 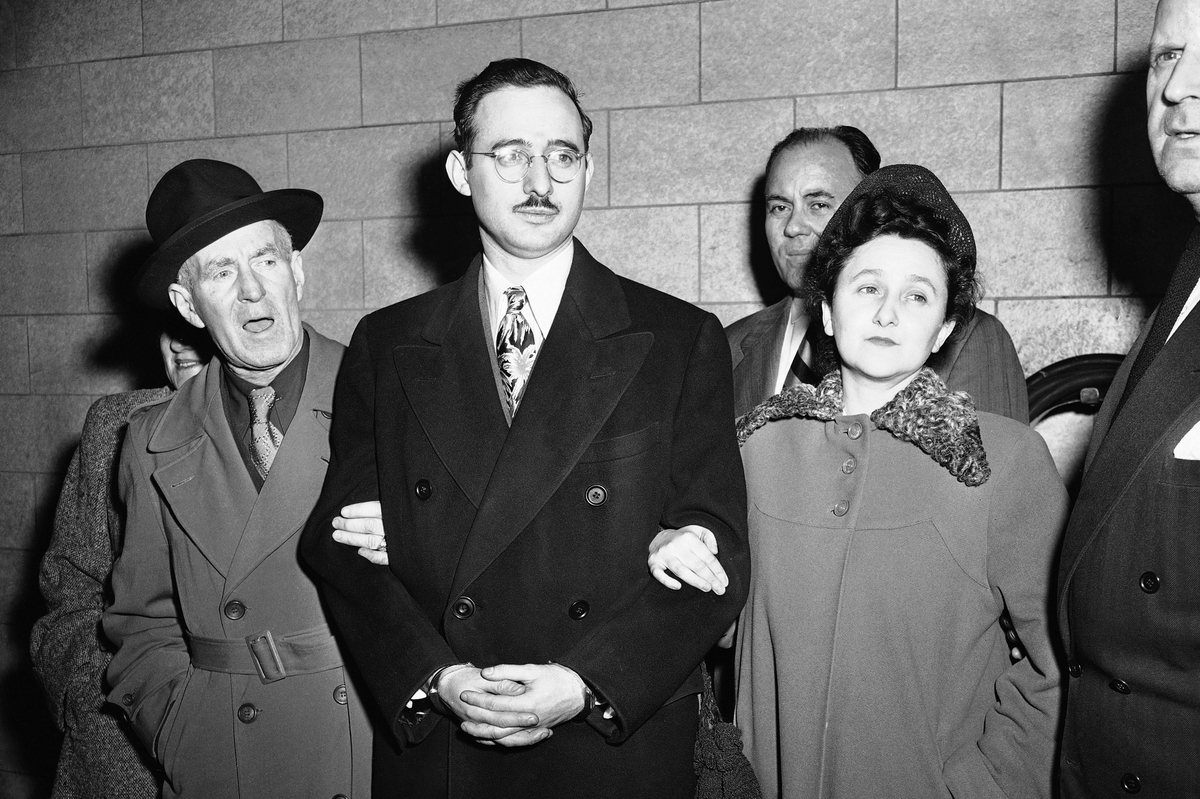 Here's what we know: Julius and Ethel Rosenberg were executed in 1953 for selling U.S. nuclear secrets to the Soviet Union after one of the most sensational Cold War-era espionage trials. They were convicted in 1951 owing, largely, to the testimony of David Greenglass, Ethel Rosenberg's brother.

Here's what we don't know: How credible Greenglass' testimony was in court.

Greenglass himself spent nearly a decade in prison for his role in the conspiracy. The Army sergeant stole nuclear intelligence from Los Alamos, N.M., and said he passed it on to the Rosenbergs. At the trial, he said Ethel Rosenberg typed his notes that were then given to the Russians.

In the testimony from Aug. 7, 1950, Greenglass is asked whether Ethel Rosenberg asked him to stay in the Army so he could continue providing information from Los Alamos. His reply: "I said before, and say it again, honestly, this is a fact: I never spoke to my sister about this at all."

But at trial, a year later, he put Ethel at the center of the conspiracy. The documents released today show it was Ruth who played a far more pivotal role.

The testimony, which was sealed for more than six decades, was released upon the order of Judge Alvin Hellerstein, who cited its historical significance.

The Rosenbergs maintained their innocence until their execution by electric chair.