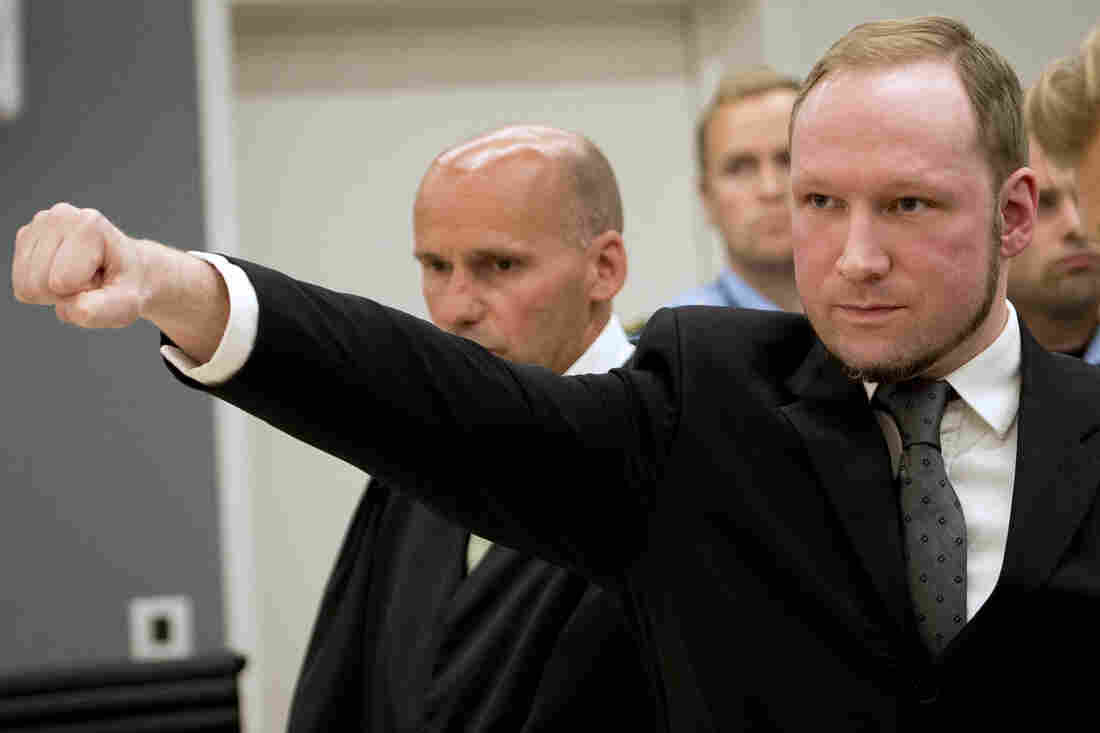 Anders Breivik raises his fist in a right-wing salute after being sentenced to 21 years in prison at the Oslo District Court on Aug. 24, 2012. Odd Andersen/AFP/Getty Images hide caption 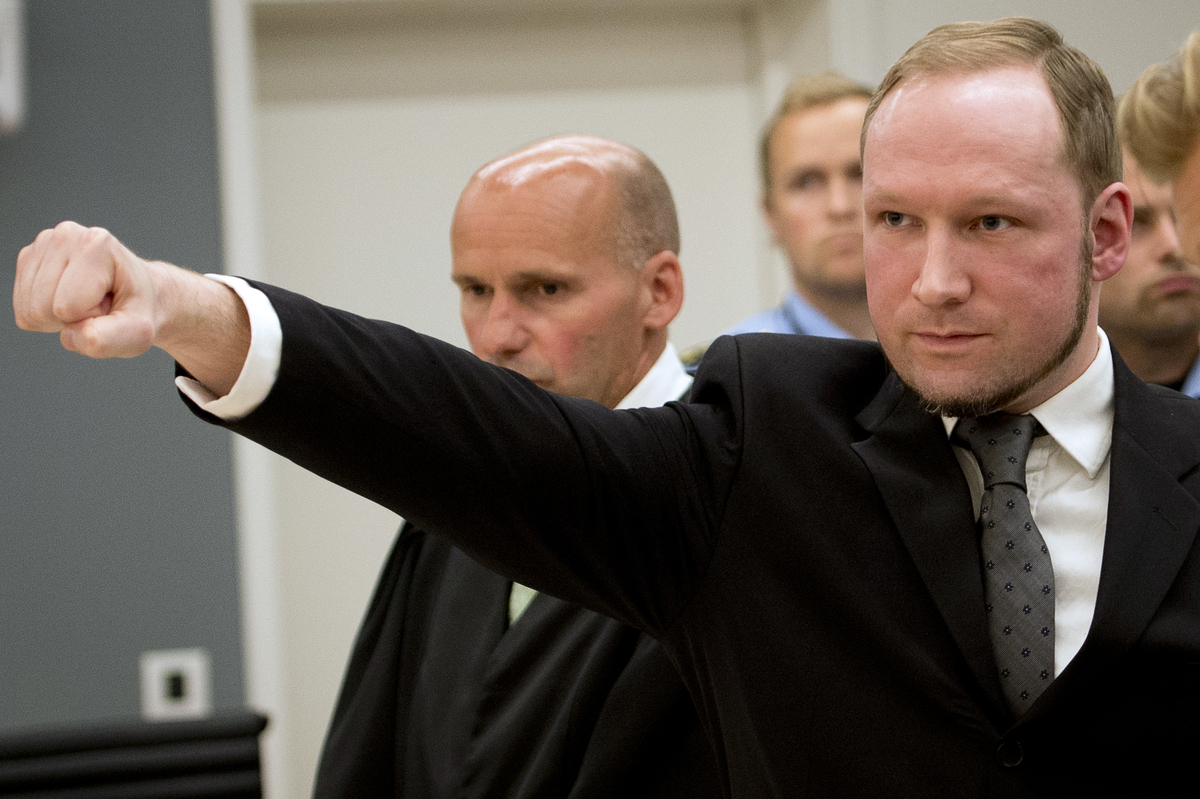 Anders Breivik raises his fist in a right-wing salute after being sentenced to 21 years in prison at the Oslo District Court on Aug. 24, 2012.

On July 22, 2011, Anders Breivik set off a bomb in the center of the Norwegian capital, Oslo, killing eight people, then traveled to a nearby island where the then-ruling Labour Party was holding a summer camp and shot dead 69 people. Today, Breivik, who is serving a 21-year prison term for his actions, gained admission into Oslo University to study political science.

Breivik, who holds far-right views, has never expressed remorse for his actions, which he said were spurred by a Marxist-Islamic takeover of Europe.

"By sticking to our rules and not clamoring for new ones we send a clear message to those whose misguided mission it is to undermine and change our democratic system. It is part of the universities' mission to uphold democratic values, ideals and practices, also when these are challenged by heinous acts. We are on a slippery slope should we change the rules and adjust them to crimes committed."

Ottersen noted the university has students who lost friends and family in the 2011 attack, and added: "We do acknowledge that there are moral dilemmas in this case, but ... We keep to our rules for our own sake, not for his."

Breivik previously applied to study at the university in 2013, but did not meet the requirements because he had not completed high school. Instead, the BBC reports, he was allowed to study political science modules.

As part of his education, Breivik, who is now 36, will study democracy, human rights and the protection of minorities. He will not be admitted to campus or have direct contact with professors. His work will go via prison staff, Reuters reported.

"In his cell he will be given ample possibilities to reflect on his atrocities and misconceptions," Ottersen added.

Breivik's 21-year prison term can be extended if he is deemed a danger to society.