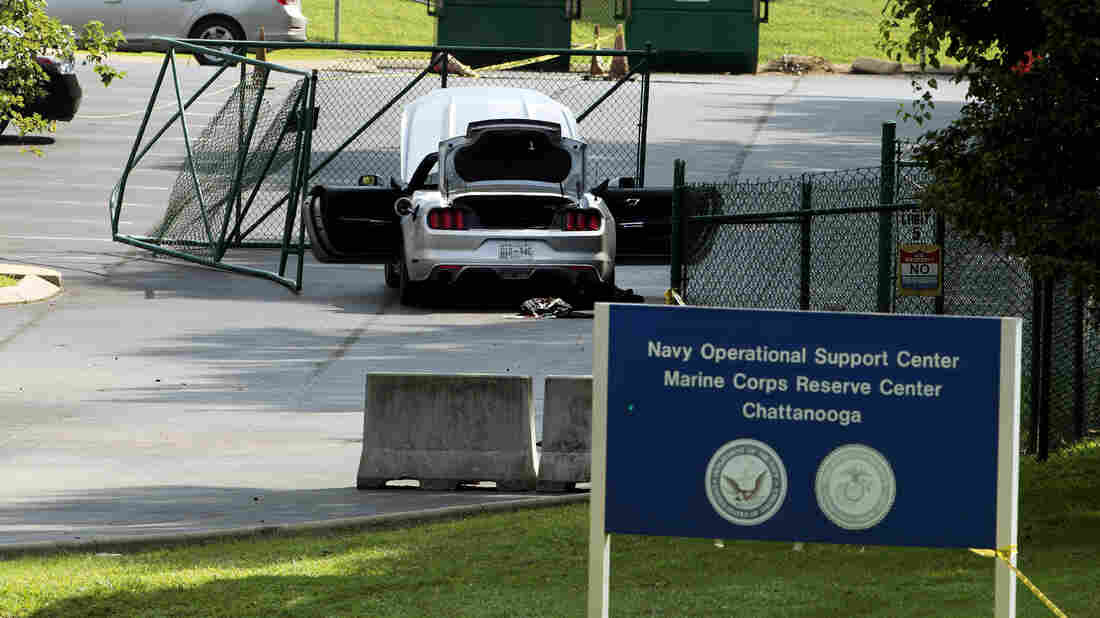 A car tangled in fencing sits inside the gate at the Naval Operational Support Center and Marine Reserve Center Friday, a day after a gunman killed four U.S. Marines in Chattanooga, Tenn. John Bazemore/AP hide caption 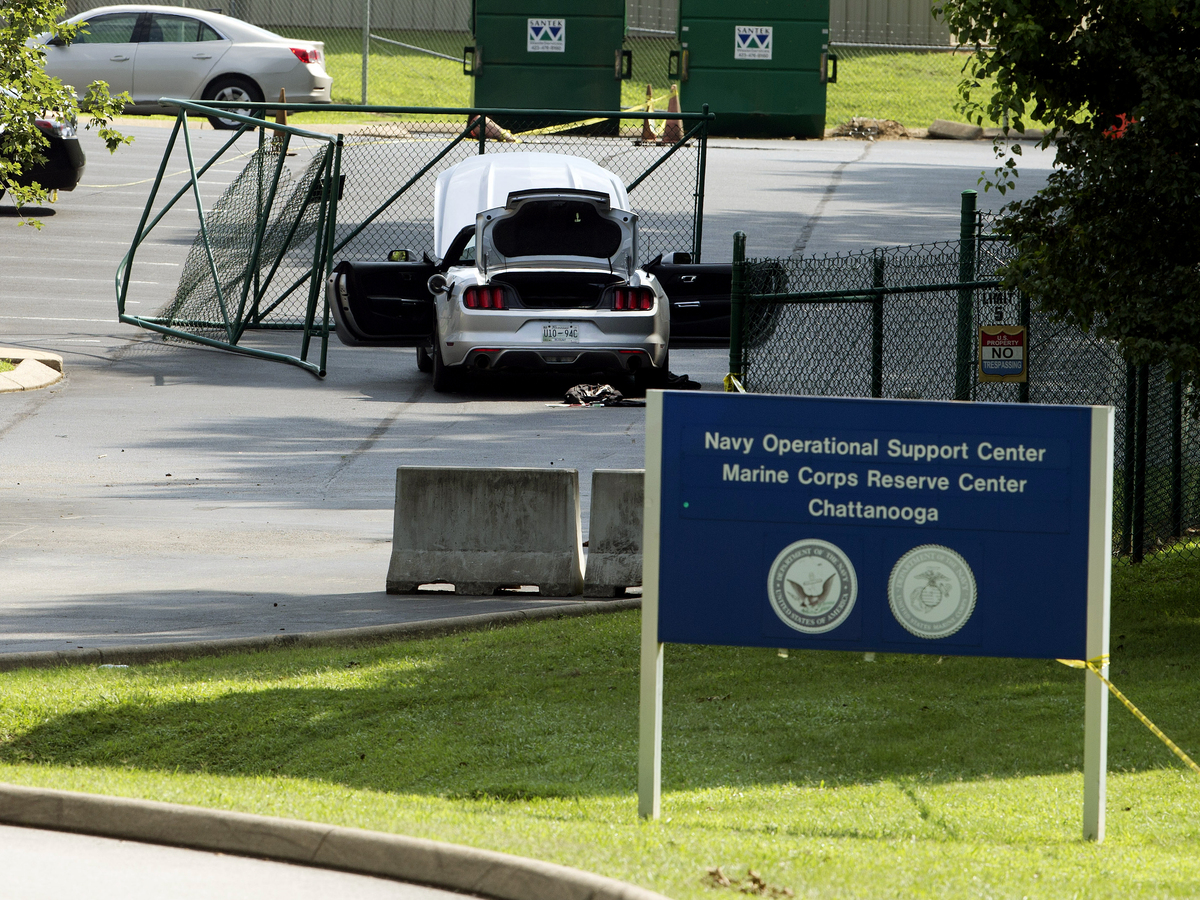 A car tangled in fencing sits inside the gate at the Naval Operational Support Center and Marine Reserve Center Friday, a day after a gunman killed four U.S. Marines in Chattanooga, Tenn.

Chattanooga, Tenn., shooter Mohammod Youssuf Abdulazeez was dismissed from his job at an Ohio nuclear plant because he didn't pass a background check, a person familiar with his employment history at at the company that operates the plant tells NPR.

Abdulazeez was dismissed for "not meeting minimum requirements for employment," a spokeswoman for First Energy told NPR's Dina Temple-Raston.

But someone familiar with his employment history at First Energy tells Dina Abdulazeez was dismissed because he didn't pass a background check.

Investigators caution not to overplay this detail. It happened in 2013 and sources tell NPR the FBI does not believe agents need to go back further than a year in trying to trace Abdulazeez's possible radicalization. This employment history would fall outside that window.

Earlier today, investigators say the shootings at the two military centers, which killed four Marines as well as Abdulazeez, are being investigated as an act of terrorism. But they said it's still premature to speculate on Abdulazeez's motives.

Bill Killian, U.S. attorney of the Eastern District of Tennessee, said at a news conference Friday the investigation is being led by the Joint Terrorism Task Force, which is continuing to investigate it as an act of terrorism until there's proof otherwise.

But, he added, "Don't get caught up in monikers."

"If you investigate it as a criminal act, and it becomes terrorism, you may have neglected to perform some investigation," he said. "We are investigating it at the highest level of investigation."

FBI Special Agent in Charge Ed Reinhold said it's premature to speculate on Abdulazeez's motives and added that the gunman had at least two long guns and one handgun. Some of the weapons were purchased legally; some may not have been, he said.

Reinhold said investigators are looking into any foreign trips Abdulazeez, of Hixson, Tenn., may have taken and what he did during those trips. He would not say where Kuwaiti-born Abdulazeez had gone, thought NPR and others have reported that he visited Jordan. His parents are Jordanian.

Investigators did not say Thursday how Abdulazeez died, but today Reinhold said he most likely was killed by fire by Chattanooga police officers. That is still being investigated.

Abdulazeez, he said, was not wearing body armor; he had a load-carrying vest for additional magazines of ammunition.

You can read NPR's Bill Chappell's reporting on the four Marines who were killed in Thursday's shootings, and NPR's Eyder Peralta's profile of Abdulazeez.