Accessibility links
Trump Lashes Out At McCain: 'I Like People Who Weren't Captured' : The Two-Way The real-estate tycoon said the Arizona senator was only a war hero because he had been a POW. He also called McCain a "loser" for failing to win the White House in the 2008 election.

Trump Lashes Out At McCain: 'I Like People Who Weren't Captured'

Trump Lashes Out At McCain: 'I Like People Who Weren't Captured' 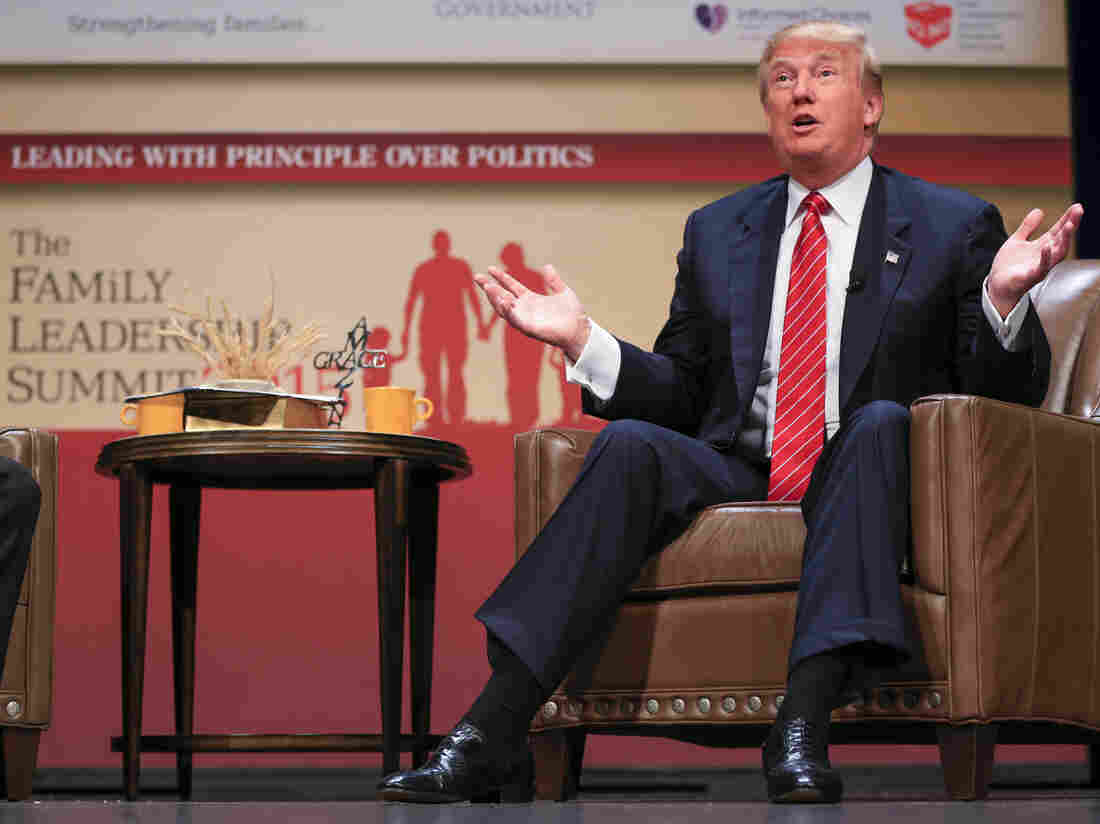 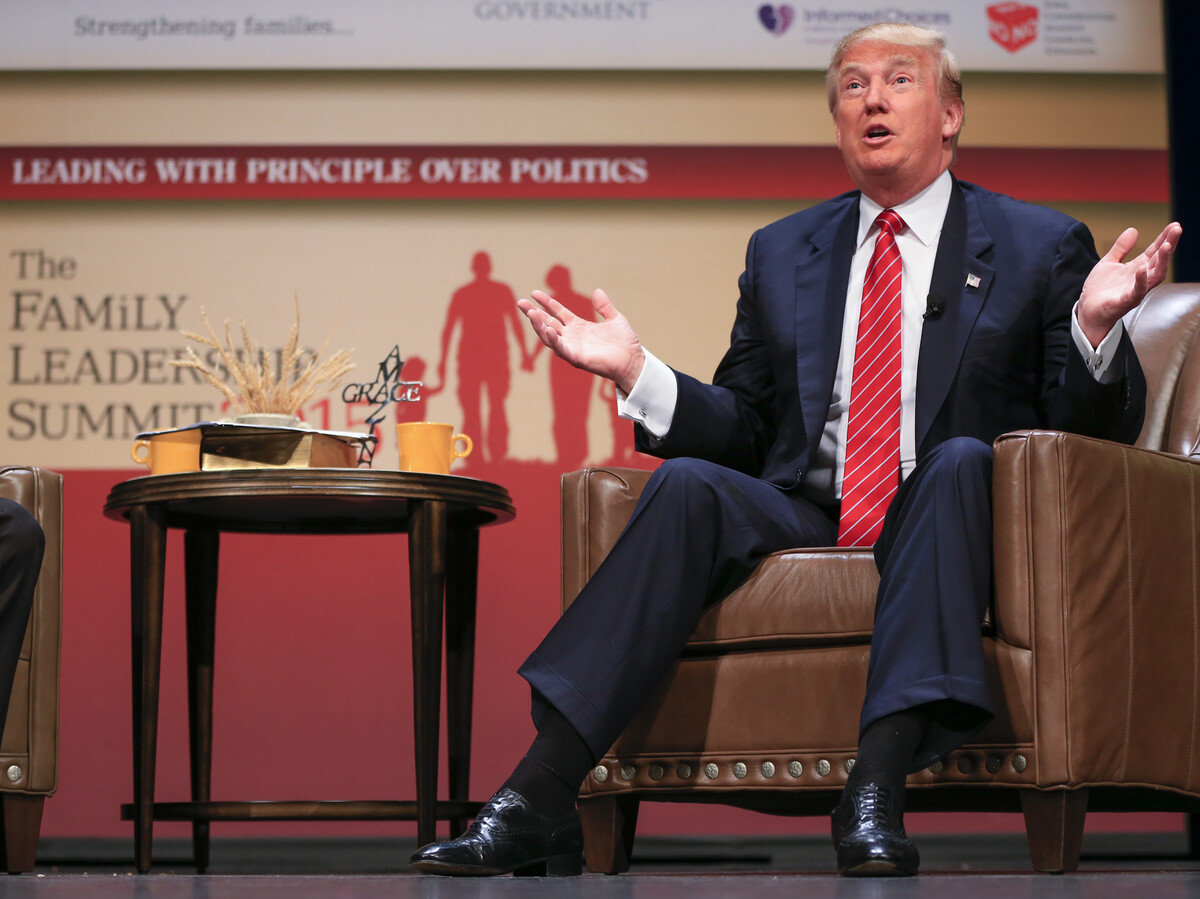 Republican presidential candidate Donald Trump took an ongoing feud with Sen. John McCain to a new level today, mocking the former GOP nominee for having been a prisoner of war and calling him a "loser" for failing to win the White House in 2008.

"He was a war hero because he was captured," Trump said at the 2015 Family Leadership Summit in Ames, Iowa.

"I like people who weren't captured," the current Republican front-runner told political consultant Frank Luntz, who hosted the event.

"He lost and let us down," Trump said. "I've never liked him as much after that."

"I don't like losers," the real-estate mogul, who has gone through corporate bankruptcy four times, added.

His remarks follow a salvo fired by McCain earlier this week in which he accused Trump of "firing up the crazies" — a reference to what McCain said was "a very extreme element within our Republican Party."

Trump later nuanced his comments ever-so-slightly, but stopped well short of a retraction: "If a person is captured, they're a hero as far as I'm concerned. ... But you have to do other things also," he told reporters. "I don't like the job John McCain is doing in the Senate because he is not taking care of our veterans."

In 2011, ABC News reported that Trump had received multiple academic and medical deferments to avoid the draft during the Vietnam War.

Trump acknowledged today that he "was not a big fan of the Vietnam war. I wasn't a protester, but the Vietnam War was a disaster for our county."

It is unclear how the remarks by Trump, who currently is at or near the top in opinion polls measuring the popularity of the sprawling field of Republican presidential contenders, will be received by party stalwarts, many of whom are staunch supporters of the military.

But Trump was quickly dressed down by the Republican party leadership and some of his fellow GOP candidates.

Republican National Committee (RNC) Chief Strategist and Communications Director Sean Spicer said in a statement: "Senator McCain is an American hero because he served his country and sacrificed more than most can imagine. Period. There is no place in our party or our country for comments that disparage those who have served honorably."

Enough with the slanderous attacks. @SenJohnMcCain and all our veterans - particularly POWs have earned our respect and admiration.

"I will tell you, it is a true and humbling privilege to serve in the Senate with a hero like John McCain," Texas Sen. Ted Cruz told reporters.

Trump's campaign, in a statement released to the media, said of his appearance today: "Note, Mr. Trump left to a long lasting standing ovation, which will be by far the biggest ovation of the weekend, and much congratulatory praise."