Accessibility links
U.S. Will Lose 'All Credibility' If Congress Rejects Nuclear Deal, Kerry Says : The Two-Way Secretary of State John Kerry tells NPR that Iran would use the deal's failure as an excuse to enrich uranium. He also says efforts to thwart warming diplomatic relations with Cuba would hurt the U.S. 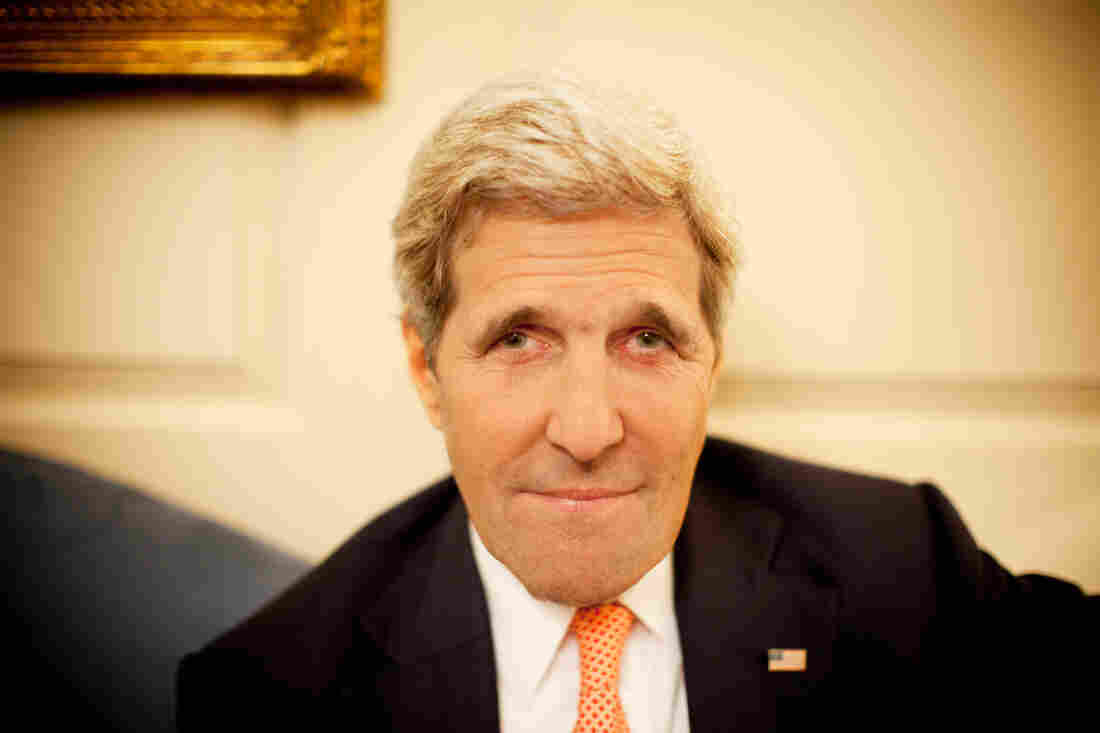 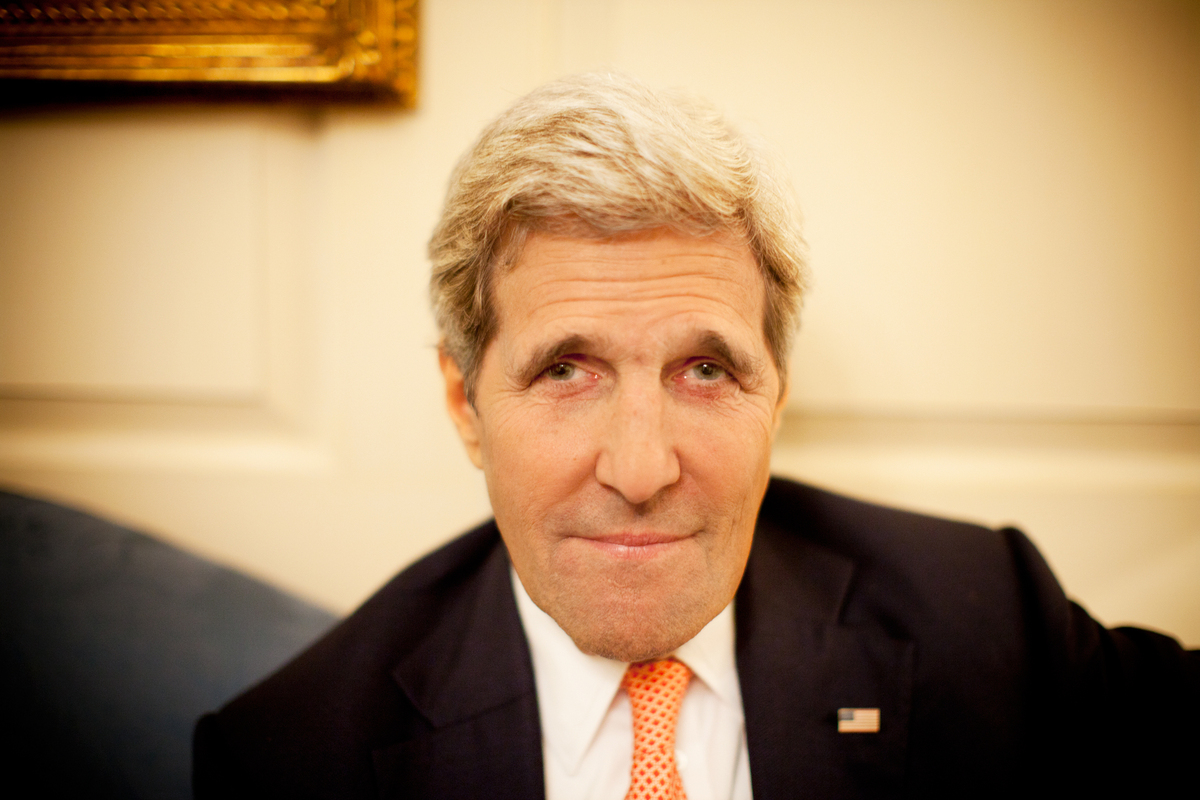 Secretary of State John Kerry spoke with NPR's Steve Inskeep at the State Department. Kerry said if Congress or a future president reverses a nuclear control agreement with Iran, U.S. credibility will suffer.

Just after hosting Cuba's foreign minister at the State Department, Secretary of State John Kerry sat down with NPR Morning Edition host Steve Inskeep to discuss the restoration of diplomatic relations with that country, as well as the status of a nuclear deal with Iran.

Kerry defended the Obama administration's stance on both countries, and said if diplomatic relations with Cuba or a nuclear deal with Iran were scuttled — either by a future president or Congress — it would hurt the U.S.

Inskeep pointed out that at least one 2016 presidential candidate, Florida Sen. Marco Rubio, has said he'd roll back Obama's Cuba policy. Kerry said either Congress or a new president could make that decision, "But I think it'd be a terrible mistake. The vast majority of the American people believe this is a very good thing to do. ... As time goes on, people will see the benefits that come from this policy."

On Iran, Kerry said if Congress failed to approve a nuclear deal with the country, the results would be disastrous. "I'm telling you, the U.S. will have lost all credibility," Kerry told Inskeep. "We will not be in the hunt. And if we then decided to use military [after a deal fails], do you believe the United Nations will be with us? Do you think our European colleagues will support us? Not on your life."

Kerry said Iran would use the deal's failure as an excuse to enrich uranium. "[The deal's failure] will be a travesty, and Iran will begin enriching, claiming it is a right that they only gave up in the context of negotiations, but since negotiations are dead, they're going to resume their rights."

He continued, "Iran will say, 'Aha, you see!' The Ayotollah will say, 'I told you, you can't trust the West. I told you you can't negotiate with these guys. They will lie to you. They will cheat you. And here they are, they let us down, and the Congress walked away. They have 535 secretaries of state. There's nobody to negotiate with.'"

Kerry also responded to claims that the Obama administration was too eager to get a nuclear deal, and would pay a high price for one. Kerry told Inskeep that he actually walked away from the negotiating table three times. "President Obama in almost every conversation would say, 'Remember John, you can walk away.' ... And I did walk away. ... So we had no compunctions about it, whatsoever. I think the fact is, we got the deal that was achievable beyond people's belief, and that's what you heard from people..."

Finally, Kerry touched on Republican presidential candidate Donald Trump's recent comments on Sen. John McCain's war record, [McCain spent more than five years as a prisoner of war in North Vietnam after his plane was shot down in 1967.] Kerry has spoken out in support of McCain.

"I defended John McCain because he's a war hero," Kerry told Inskeep. "And I think the comments were obviously inappropriate." But Kerry would not discuss previous Republican criticisms of his own war record when he ran for president in 2004. "The rest is ancient history," he said.

You can hear Steve Inskeep's interview with Secretary Kerry on Tuesday on NPR's Morning Edition.