Accessibility links
Family Describes Chattanooga Shooter As Being On A Downward Spiral : The Two-Way Based on conversations with the family, a representative offered a narrative of a young man struggling with mental illness and substance abuse who reached a breaking point days before the shootings.

Family Describes Chattanooga Shooter As Being On A Downward Spiral

Family Describes Chattanooga Shooter As Being On A Downward Spiral

The family of Mohammod Youssuf Abdulazeez has been holed up with friends since the 24-year-old went on a shooting rampage in Chattanooga, Tenn., that ultimately left four Marines and a sailor dead.

A representative of the family, who would speak only on condition of anonymity, said since Thursday's shooting, Abdulazeez's family has received numerous death threats. 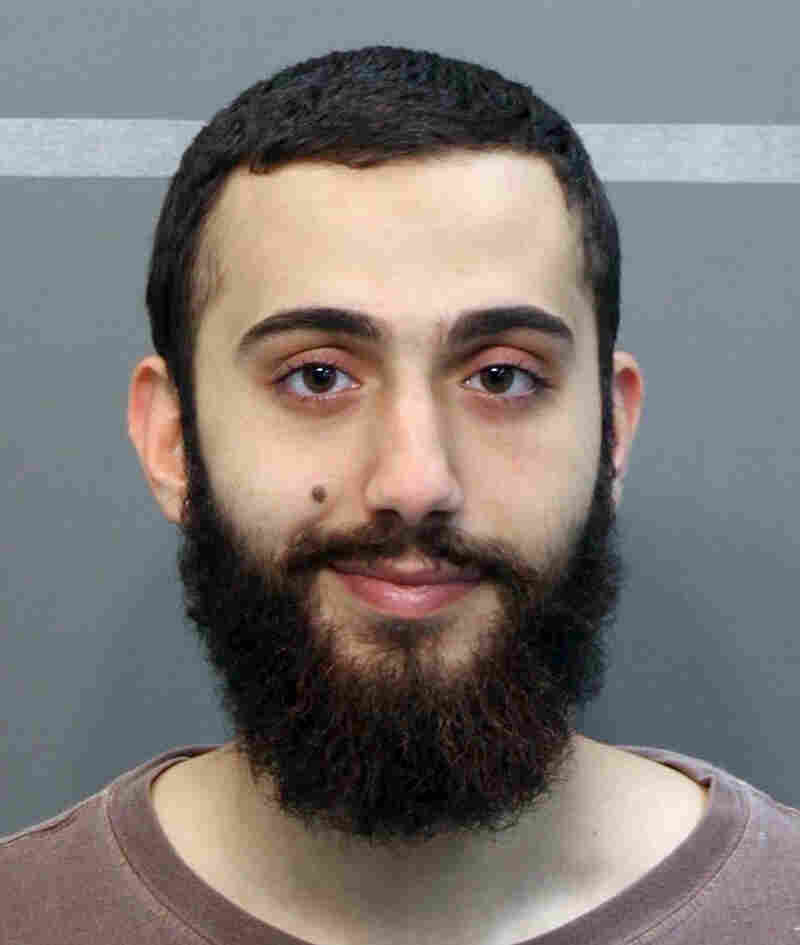 This booking photo taken in April and released by the Hamilton County, Tenn., sheriff's office shows a man identified as Mohammod Youssuf Abdulazeez after being detained on suspicion of a driving offense. AP hide caption 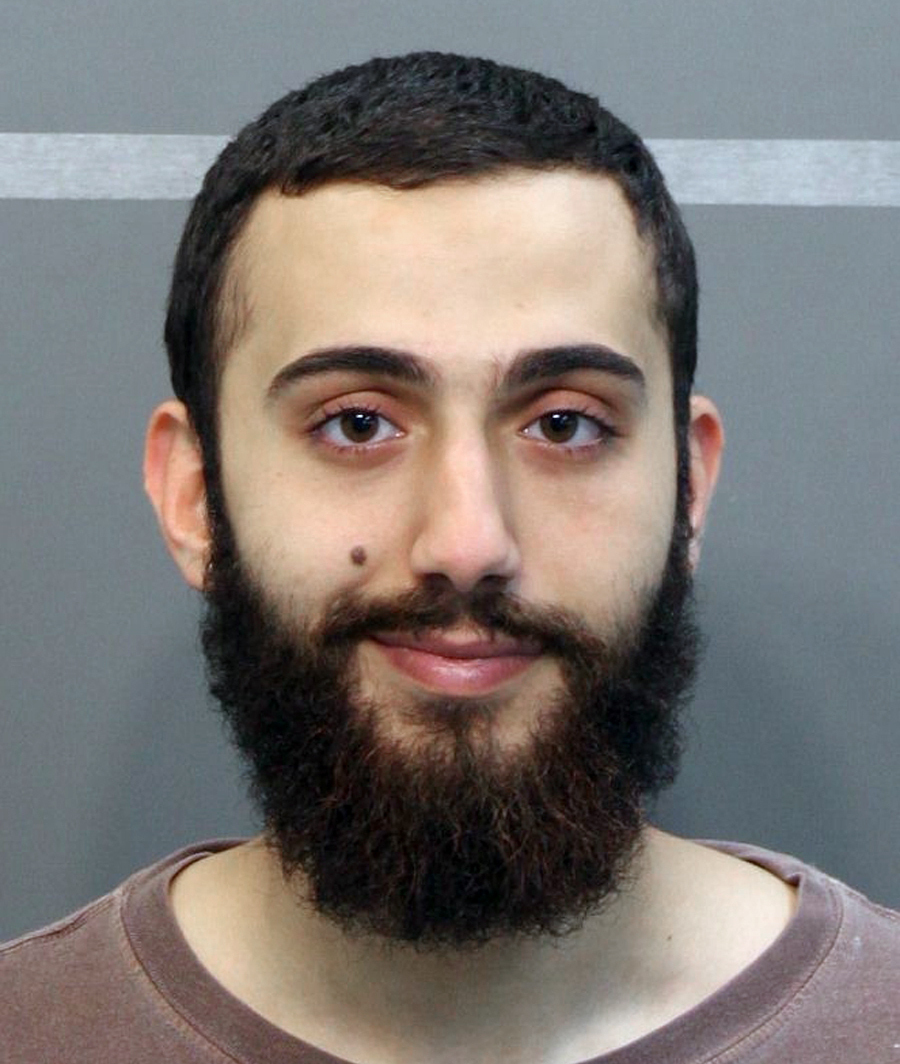 This booking photo taken in April and released by the Hamilton County, Tenn., sheriff's office shows a man identified as Mohammod Youssuf Abdulazeez after being detained on suspicion of a driving offense.

In an interview with NPR, the representative said the family was still in shock, trying to understand Abdulazeez's actions. Based on conversations with the family, the representative offered a narrative of a young man struggling with mental illness and substance abuse who reached a breaking point just days before the shootings. It's a narrative that suggests Abdulazeez was seeking in his religion the courage to die.

Authorities are still piecing together their own narrative, and they've yet to make a determination as to Abdulazeez's motive.

According to the family representative, Abdulazeez's struggle with mental illness began in his early teenage years.

Abdulazeez was so melancholy, his parents took him to a child psychiatrist and put him on medication. He was on these drugs for years. The family was unable to afford to follow up with a roster of doctors; they thought the medication would do enough to help their son. And for a while, it did.

While the diagnosis was depression, the family didn't press doctors for specifics. Looking back on it, the family representative said, they say Abdulazeez was probably manic depressive. His parents said sometimes he'd go a couple of days without sleep and stay out all night and they wouldn't know where he was. Then, he would come back and collapse on his bed for days.

The family didn't understand the subtleties of depression or know enough to say he was manic — instead, they blamed his recreational drug use and their son hanging out with the wrong friends.

Friends who knew him well, particularly his best friend, say he had dark times. People who just partied with him didn't know about his mood swings. In all this time, however, he never had a violent episode. His only run-in with the law was an April arrest on suspicion of driving while intoxicated.

But something happened the Tuesday before the shooting that caused him to have an internal emotional crisis.

Whatever happened then — two days before the shooting — led to a spate of self-destructive behavior. Abdulazeez went on the Internet, and the searches he did starting later that day, according to people close to the investigation, show that he was clearly contemplating suicide and was trying to figure out how he could kill himself without sinning.

His state of mind was clearly affected not just by the DUI arrest and the disappointment it caused his family but also by the cocktail of medications he was taking, according to the family representative. Abdulazeez had been prescribed opiates for a back problem; he was taking sleeping pills because he was working a night shift, and the toxicology report shows he had recreational drugs in his system the day of the shooting. The family representative doesn't know whether he was still taking the antidepressants that had been prescribed.

What is more certain is that Abdulazeez's life was on a downward spiral. He was having credit problems — he was about $10,000 in debt and is thought to have had student loans as well — and couldn't get an apartment because of his bleak credit history.

He went online and rented a room in an apartment from people in Franklin, Tenn., near where he worked. He hadn't paid rent in months, and they were going to kick him out, the family representative said. Abdulazeez had mentioned to family and friends that maybe he should declare bankruptcy. He filled out papers to do so but never filed them.

The family representative said that when Abdulazaeez had had setbacks like this in the past — fired from jobs, bad grades — his depression had deepened. His parents, through the representative, say that back in 2013, when he lost yet another job, he started writing rambling notes to himself on loose-leaf binder paper. They found some of those writings in his room at their home after last week's attack. The notes date back to 2013, and they aren't a diary so much as a window into his private thoughts.

Anwar al-Awlaki, a U.S.-born cleric who became a spiritual leader for al-Qaida's arm in Yemen, is mentioned in passing in those written notes, both officials and a family representative confirm. (The forensics on his cellphone have been completed and reveal that he also watched Awlaki videos in the days leading up to the attacks.)

Officials believe Abdulazeez was looking, both in 2013 and again before the attacks, for a religious justification for martyrdom, but there is no indication anywhere, so far, that he was planning any sort of attack. The writings from 2013, according to officials, read like a depressive rant, sometimes incomprehensible.

"My life is miserable, it would be better if I was a martyr," he wrote, sounding like an angst-ridden young man who thought he'd be better off dead. The DUI in April, the family representative said, was a breaking point. He had a hard time telling family and friends that it had happened and then was forced to confess when his booking picture came up on a website.

One of his sisters said, through the family representative, that he couldn't afford cocaine, so the white powder under his nose that is referenced in the arrest report for the DUI probably was from snorting caffeine pills. He had stayed out too late partying with friends and had to drive the two hours back to Franklin. The family representative said Abdulazeez likely snorted the caffeine to stay awake.

The Tuesday morning before the attack, Abdulazeez went on a bender. He rented a convertible Mustang and started calling his friends, asking whether they wanted to join him on a joyride. They drove the car at high speeds in the hills. Abdulazeez was drinking, doing drugs. On the night before the shooting, computer forensics show, he was searching the Internet on how one can get forgiveness for one's sins. One way to do that is to martyr oneself. This is something that Awlaki discusses extensively in his sermons.

Investigators say his family travel history has yet to reveal any ties to extremist groups. Abdulazeez has an uncle and a grandfather in Jordan, and after his family had taken a number of steps to get him to stop doing drugs, they sent him to Jordan to get him away from the party crowd he'd fallen in with in Tennessee.

Abdulazeez wouldn't go to rehab, the family representative said, but he did agree to go to Jordan. His uncle and grandfather in Jordan watched him 24/7 because they were concerned he would begin using drugs again. The family representative said Abdulazeez was either in the house or working the whole time he was there. He got so desperate to get out that he took up jogging so he'd have 45 minutes a day to himself.

News of a trip to Doha, so far, has also failed to turn up any terror connection. Abdulazeez's mother went to Doha because she had family there. The family representative said the family doesn't think Abdulazeez was with her; if he was in Doha, it was just to catch a connecting flight. The family is convinced it was just a stopping-off point for him.

As far as Abdulazeez being different when he returned, he was. He was no longer taking drugs, so he was cleaned up and more serious. The family said there is no credible information from anyone that he was radicalized after Jordan. He was a little more stable, the family said, because he was away from influences that had made him act out. A short time later, he got the job in Franklin, Tenn. But on weekend trips home, he fell in with his old friends and the drug use resumed.

The family is still in shock and at this point sees the attack as an impulsive thing done by a depressed man. The first attack was halfhearted. He simply sprayed the front door of a recruiting center at a strip mall with bullets. The family believes, the representative said, that as Abdulazeez drove to the military training center, he was building up the courage to die. They say that his motivation was death by cop, though the FBI hasn't come to that conclusion yet.