Accessibility links
Archie Comics Cartoonist Tom Moore Dies At 86 : The Two-Way A longtime contributor to the Archie franchise has died in his hometown of El Paso, Texas. 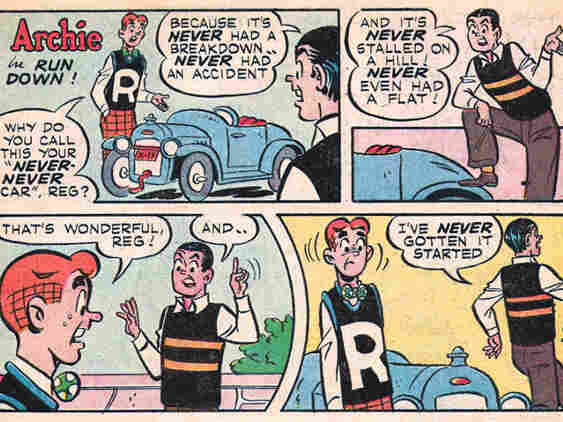 Cartoonist Tom Moore brought the character of Archie and his teenage friends to life for decades. Moore died Monday in Texas at the age of 86. AP hide caption 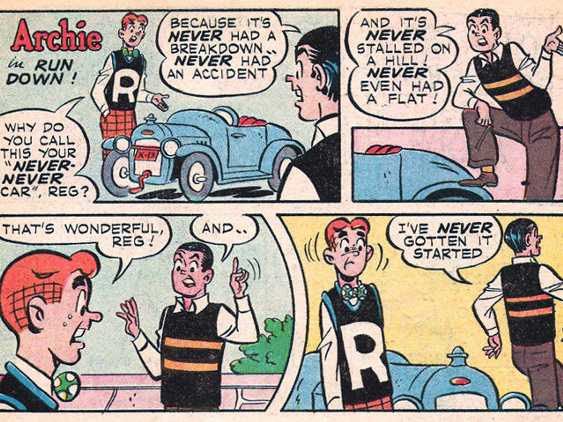 Cartoonist Tom Moore brought the character of Archie and his teenage friends to life for decades. Moore died Monday in Texas at the age of 86.

Artist Tom Moore, who gave life to the teen angst of Archie and his Riverdale pals from 1953 to the late 1980s, has died of lung cancer in El Paso, Texas.

According to his hometown paper, the El Paso Times, Moore began his cartooning career while serving in the U.S. Navy. Moore got caught drawing a caricature of his captain, but instead of getting in trouble, he got an assignment as staff cartoonist. His talent led him to a decades-long career illustrating for Archie, as well as Under Dog and Mighty Mouse comics.

"He's a legend, in El Paso and, really, around the United States," All Star Comics & Games owner Brad Wilson told the paper. "A lot of people don't realize how much he influenced comic book art."

Archie Comics' editor-in-chief, Victor Gorelick, told The Associated Press: "Tom was very funny and had a knack for putting together really great, hilarious gags and special pages when he worked at Archie." Gorelick says Moore was best known for drawing a reboot of the "Jughead" series in the 1980s, featuring Archie's best friend and sidekick.

Archie Comics launched in 1941, inspired in part by the Andy Hardy movies of the 1930s. Although many associate Archie and the gang with classic high school drama, the franchise evolved to take on modern topics and add greater diversity to its cast of characters.

Moore kept up with the Archie character even after his retirement, and was pleased when some of his work was displayed at the El Paso Museum of Art in 1996.

"I think it's such a kick that my stuff is going to be hanging at the museum," he said at the time. "Who knew Archie would have such universal appeal?"