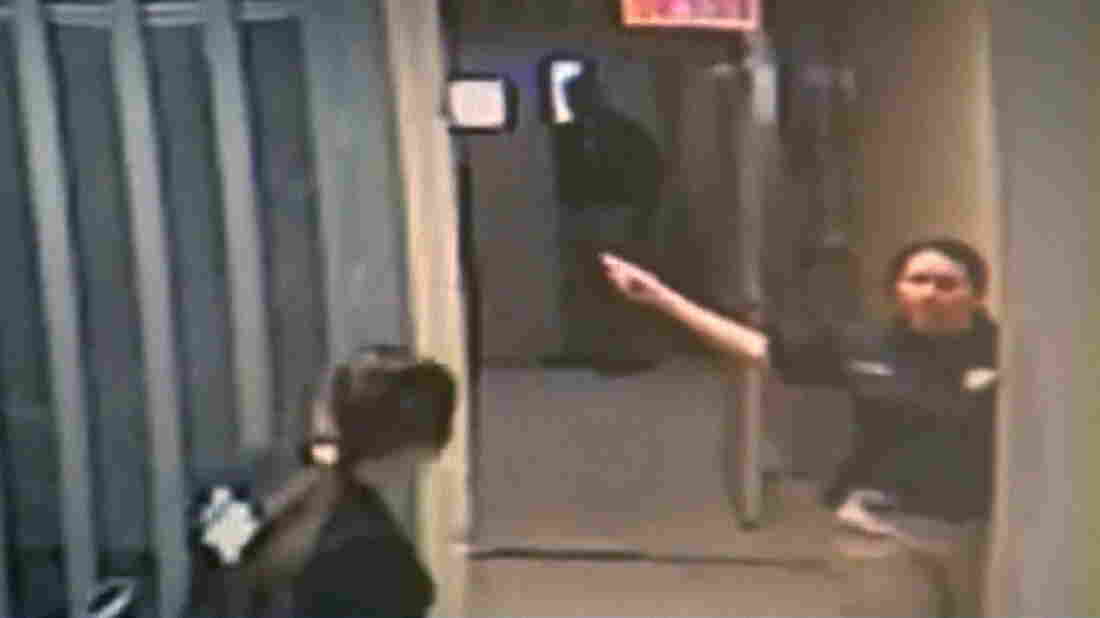 A guard motions to a medic (left) who arrived with a stretcher to Waller County Jail in Hempstead, Texas, on July 13, the day Sandra Bland died at the jail. Officials said Thursday that an autopsy did not find signs that Bland's death was a homicide. Waller County Sheriff's Office/Landov hide caption 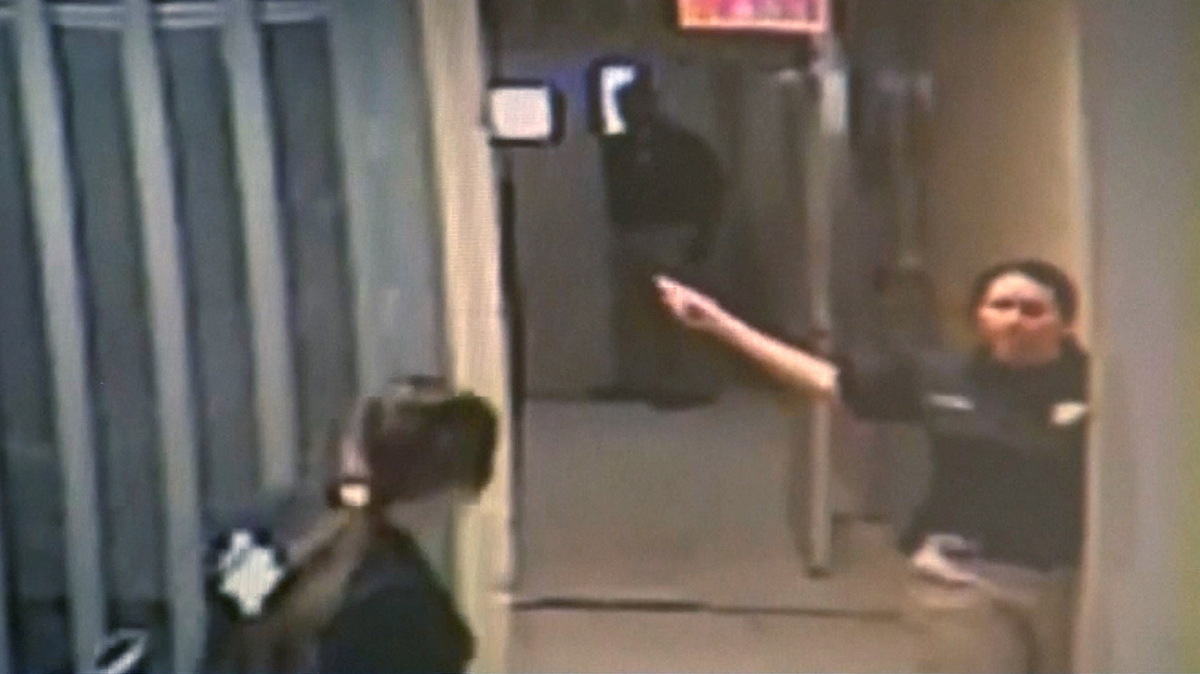 A guard motions to a medic (left) who arrived with a stretcher to Waller County Jail in Hempstead, Texas, on July 13, the day Sandra Bland died at the jail. Officials said Thursday that an autopsy did not find signs that Bland's death was a homicide.

Releasing details — and photographs — from the autopsy of Sandra Bland, officials in Waller County, Texas, say that the cause of death for Bland, a black woman who died in the county's jail, was suicide by hanging. Officials also say she had marijuana in her system.

The case has drawn national scrutiny as Bland, who had driven to Texas from Illinois, died in police custody three days after she was pulled over by a state trooper for allegedly failing to signal a lane change. She was 28.

"The cause of death was hanging; the method of death was suicide," said Warren Diepraam, a Waller County assistant district attorney, discussing the autopsy report. He added that as officials try to to determine whether the case is "a violent murder or a suicide," they haven't found any evidence that suggests homicide.

Speaking at a news conference Thursday afternoon, Diepraam confirmed that Bland "had marijuana present in her body," a fact that he said is relevant because of marijuana's "mind-altering" and mood-amplifying effects.

Bland was arrested after what might have been a routine traffic stop instead escalated into an argument. Waller County officials later said that the circumstances of her death had so many open questions that they would investigate it as a potential homicide.

The Texas Department of Public Safety released dash-cam video footage of the traffic stop this week, showing that Bland and the trooper had argued. But scrutiny and suspicion only increased after the video's blips and loops gave the appearance that it had been edited. The agency later uploaded a new video that didn't contain those flaws.

Waller County's Diepraam, who is in charge of the forensic and toxicological evidence in the case, detailed the condition of Bland's body at Thursday's news conference, describing lacerations or abrasions on her wrists that he said are consistent with someone who struggled while being handcuffed.

The prosecutors' presentation Thursday afternoon included several color photographs of Bland's body, including her neck, which had a thick dark line curving across it. Other images showed a close-up view of her eye, and her back, which had marks that looked to be from scratching and scraping.

The only injury on Bland's neck or head, Diepraam said, was a "ligature furrow," which he described as a consistent and uniform ligature mark around her neck — something he said would not be expected to result from a violent struggle.

After displaying some of those color images online, local TV news ABC 13 terminated its video feed, putting its coverage back online only after the photographic portion of the news conference was over.

Diepraam also released a photograph of what officials say was the device Bland used to hang herself: a white plastic trash bag that's been gathered together and tied in several knots, resulting in a large loop at one end.

Answering questions after the presentation, Diepraam said, "There is nothing about this case that's standard," noting the intense media and public scrutiny.

The autopsy report has not been released publicly.

The Houston Chronicle says, "Waller County does not have a medical examiner's office. The Harris County Institute of Forensic Science conducted the autopsy on Bland and has ruled it a suicide by hanging. Bland's family has said they are waiting for results of an independent autopsy."

If you're catching up to the case or have questions about how the traffic stop unfolded, member station KERA spoke to Jim Harrington, director of the Texas Civil Rights Project, about 10 things people should know about the incident.

For one thing, Harrington says:

"What bothers me a lot is that troopers are supposed to be the best-trained police officers we have in the state. This guy is clearly out of control — clearly shouldn't be out on the streets dealing with people — [given] this level of escalation that he provokes."

Questions have also arisen about how the authorities handled Bland — particularly how they evaluated her potential risk of suicide. Paperwork that was filled out as part of her processing at the county jail shows that Bland apparently told a deputy that she had previously attempted suicide.

"According to the mental health questionnaire filled out by the Waller County Sheriff's office during her booking, a deputy marked 'yes' to the question: 'Have you ever attempted suicide?'

"However, on a computerized summary of her intake form, 'No' appears in response to the question: 'Attempted suicide?'

"Requests to clarify the discrepancy were sent to the Waller County sheriff and district attorney's offices. There was no immediate response.

"Bland also indicated to the jailers that she had suffered a loss with the death of a godmother, and that she had been diagnosed with epilepsy and was taking an anti-seizure medication."